As the last week of summer starts according to the calendar…there is more summer to go according to the temperatures. A warm month, and a somewhat dry month lately, will continue this work week it appears for most areas. Temperatures are running almost 5° above average through the 1st half of the month and EVERY day but one (the 1st) has been above average in KC.

We’re running about 1″ below average this month as well and this week, at least into Friday, won’t help that number it appears.

Tonight: Fair and mild with lows near 70°

In some ways when you look at the overall pattern of things…you can see how the seasons are gradually transitioning across the northern latitudes. Colder air is starting to build up there as the days are getting shorter and shorter. At the same time there is still a lot of heat down south and has pressed up towards the upper Midwest this morning where 60s are as far north as the US/Canada border at daybreak.

There is another hurricane off the eastern coast of the US…called Humberto which strengthened to hurricane status yesterday.

It will stay well offshore it appears although Bermuda is watching this one more carefully. Bermuda hasn’t been hit by a major hurricane in a few years…NIcole back in 2016 was the last one.

There is also a system in the western Gulf of Mexico that bears some mild watching. Not so much because of any real threat of strengthening a lot…but because it’s a blog of moisture that may try to sneak into the southern Plains as the week moves along.

I bring this one up because whatever is down there may start moving onshore slowly Wednesday into Thursday and move into northeast TX Friday…this could be a wet week in eastern TX.

As a matter of fact 5-10″+ of rain may fall in parts of the Lone Star State…with some data indicating over 15″ possible down there. 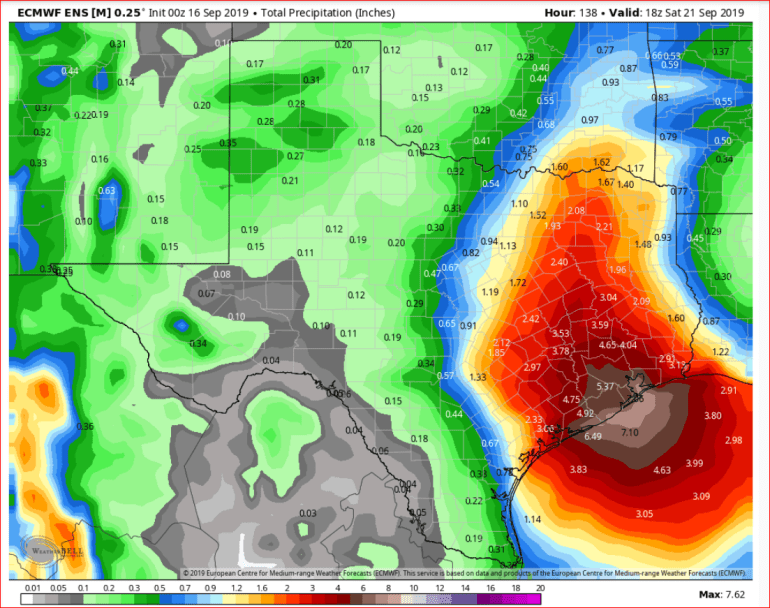 While that disturbance won’t get to us in it’s whole…it will really start to add moisture to the atmosphere down to the south of here and allow that moisture to stream up towards the NNE.

That may be important because that moisture will interact with a slow moving front that will be coming through the Plains later this week. Important because of potential rain locally later in the week or weekend. There are implications to the weekend weather because of this…not only Saturday but also Sunday as well depending on the speed of the front moving through.

Right now it looks like our best chance of rain in the coming week.

Finally today…some climate information. Data site is KCI…which for better or worse is the “official” reporting station for the KC Metro area. 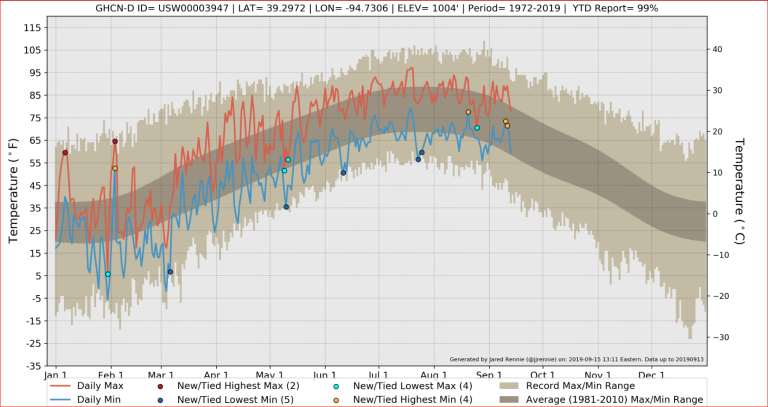 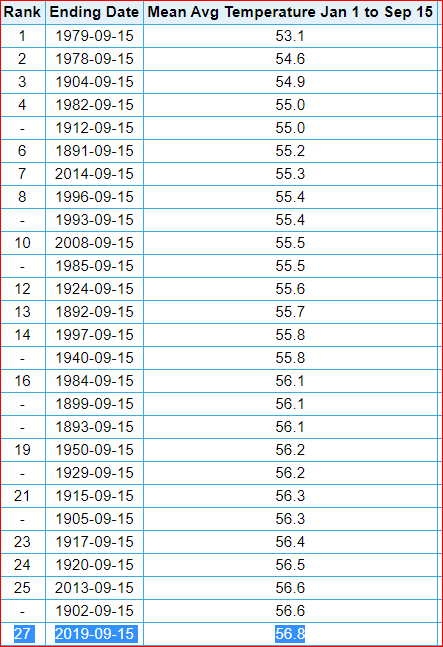 From a precipitation standpoint… 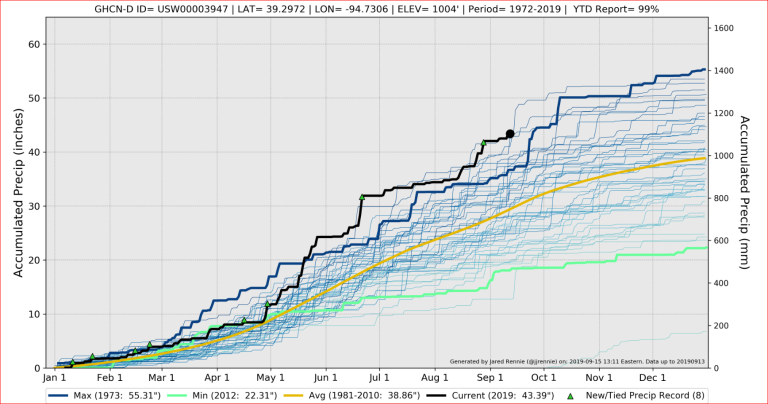 See that solid black line..that is this year! Again this is strictly for KCI which goes back to 1972. When you add in the downtown data going back to the 1880s…this is the 7th wettest start to a year. 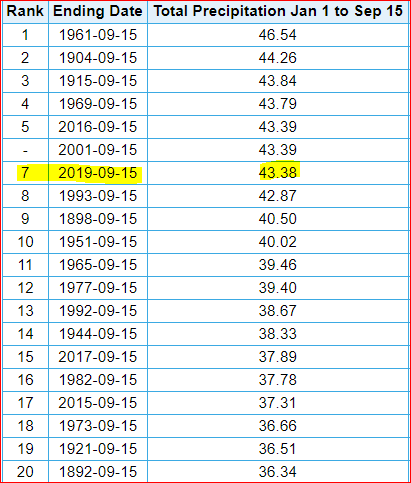 2016 was actually wetter by .01″ through yesterday’s date. By the way…that was a miserable winter for snow lovers…less than 5″ of snow fell in KC…one of our lowest amounts on record. That was the middle part of 3 years of no snow in the area that go erased with the winter this past year.

Our feature photo comes from @IAmKrissyBrown 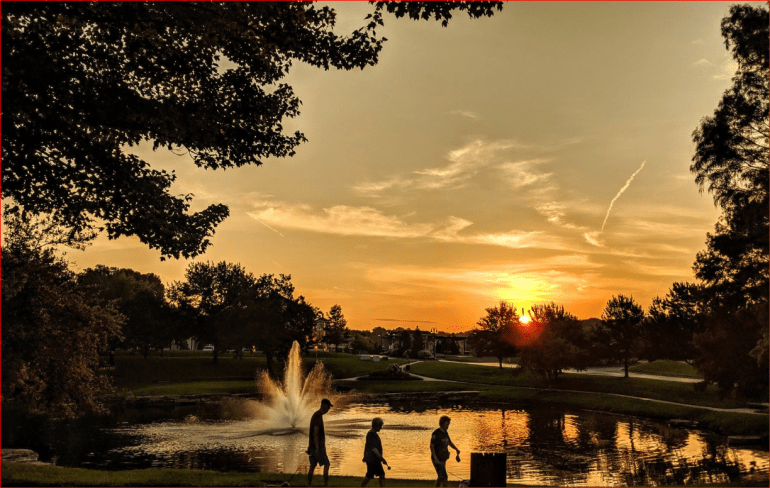 No blog tomorrow…early tee time and really nothing to blog about that I can think of right now.