It’s Thursday and today will be the 22nd straight day with temperatures above average…and because of quirks in the timing of the colder air arrival into KC…tomorrow will be the 23rd straight day. Realistically though…tomorrow is the transition to winter heading into the night…and through the night.

This will be a  VERY dynamic storm…severe weather including tornadoes in areas of the south…colder air plunging into the Plains…a developing snowstorm with ice to start in the MO/KS region…and possibly flash flooding as well for areas especially SE of KC towards the I-44 corridor region and the Lakes area.

Everything is on the table with this storm…including near blizzard conditions IF we get stronger winds again on Saturday with the heavy snow combination. I talked about this with Alex and Karli yesterday…as you know on the air and here in the blog I’ve been banging the snowstorm potential for a few days now…and there is no reason to change that tune at this point.

Tonight: Mostly cloudy…a few showers are possible but most may remain dry. Winds start to fade a bit as well. Lows gradually dropping into the 40° range after daybreak tomorrow.

Friday: Rain develops later in the AM into the afternoon. Some thunderstorms are possible SE of KC. The front that comes through and slowly sends temperatures down will be somewhere close to KC. Areas SE of the Metro may still end up in the 60s! For KC we continue to slowly fall off into the low>mid 30s in the evening. I think the evening rush will be OK

Friday night: We transition to freezing rain and sleet. This will lay a layer of ice down. Temperatures tumble to around 20-25° be daybreak.

Saturday: Moderate to heavy snow develops…3-6″ is a 1st guess for snow totals which may be influenced by whether or not we have sleet cutting into the potential snow amounts…plus the winds will blow the snow around quite a bit. Temperatures 20-25°. Areas that have more ice may end up with less snow. That may be just SE of the Metro towards Sedalia and Clinton and westwards into KS.

Sunday: Partly cloudy and cold…single digit lows and highs only around 30° or so.

Buckle up…this storm has it all and there ARE going to be curve balls thrown at us that alter the outcome…some of these curve balls start tomorrow…the bulk of the curve balls come Friday night into Saturday. There is bust potential to some aspects of this forecast. It won’t be right for all areas…I just envision this outcome. There could be a shift of the storm track…that cuts or increases the snow amounts…there will be some snow jackpots and some snow disappointments from this.

This storm is more typical of what we used to get in the winter and what I mean by that is this, last year every snowstorm showed it’s game plan early and mostly followed it’s plan…hence the forecast accuracy. This storm hasn’t really revealed it game plan yet. I think there are surprises ahead and possible frustrations coming…that may require alterations to the forecast even later Friday night and Saturday. Consider yourself forewarned. I’m still NOT comfortable with this storm at all and the timing of all the transitions isn’t going to be pretty.

So with all that said…here goes…

Good thing the football game is on Sunday and not Saturday!

There is a lot happening and IF we can get this right…from a timing and ice/snow totals perspective this will be trick for sure.

You can see it diving through CA this morning…

That is the storm…you have to look at it carefully to see it.

That storm will cut into the SW part of the country and then move into TX and come sharply NE into the Plains on Saturday. Let’s go up to about 18,000 feet and track the “U” shape…that is the storm.

That is what we try and track and talk about the storm track…because towards the north and northwest of that there is a comma head or wrap around part of the storm…and during this time of the year…moisture “wraps around” and into cold air. That creates snow…and potentially heavy snow at that.

Wobbles in that storm track takes heavy snow areas and shifts them NW or SE…also how well the comma head comes together is vital to getting heavy snow. We’ll be relying on this comma head to get the bulk of our accumulating snow. The timing on that is sometime Saturday into Saturday late afternoon.

Should there be a wobble southwards…the snow forecast is going to heavily bust. ALL data last night indicates that the storm is taking a favorable track for snow in the KC area. Again though…wobbles and a malformed comma-head means glitches in the snow potential/amounts.

I just don’t have the greatest feeling (confidence) about this storm yet in terms of 100% guaranteeing heavy snow in KC. Hopefully that comes tomorrow…but we need to prepare for at least 2″ to as much as 8″ of snow from this storm on top of ice.

As far as the ice impact goes. Temperatures tomorrow will gradually get colder as the day moves along. Whatever we are at 12AM tonight…mid 40s+ will be the high Friday I think. When you wake up tomorrow though we may still be in the 40-45° range! It should gradually drop to the mid 30s by the evening rush…so whatever falls here locally tomorrow will be liquid.

Tomorrow night as the lower part of the atmosphere here gets colder and falls below freezing…the rain will convert to freezing rain. In a sense the atmosphere will be getting colder from the ground upwards through about 7,000 feet. What I mean by that is there is going to be about 6-9 hours tomorrow night into early Saturday where there is a layer of above freezing air above us…this layer will likely prevent snow for reaching the ground…but that then means some sort of freezing rain/sleet scenario develops…after about 9PM Friday night and lingering to about daybreak Saturday. Below that layer the air is getting colder. When you wake up Saturday we should be near 25° with at least a glaze of ice out there from what has fallen and frozen on the surface. This will lead to icy roads to start the weekend.

So a layer of ice will be put down. This isn’t power outage ice amounts I don’t think.

The trick to the whole storm is the snow situation and how well the “comma head” part of the storm comes together. After daybreak the layer of above freezing air above us will be removed That means that what falls will now be snow.

IF the comma head is somewhat malformed we won’t get more than 3-4″…IF it come together the potential for over 4″ increases. Then you add in the wind especially early in the afternoon and you add the colder air developing which means a more fluffy snow…and that creates better snow ratios. When the air is colder…it allows the snow to pile up more…

So that is another thing that we watch for as everything comes together.

The morning NAM has indeed thrown a few curveballs out…including having that malformed comma head snow production part of the storm move through the KC Metro…it sort of becomes more formed east of the Metro. It has widespread 1-4″ of snow in the KC area with heavy amounts across northern MO in excess of 4-6″ towards the IA border and higher amounts to the east of KC towards central MO. Again…no need to commit to that outcome(s) either…it just throws up yellow flags to me. Then again the NAM model though today was going to be cloudy all day and around 55° so that isn’t going to work out too well. The new hi-res NAM model nails us with snow…3-8″ worth.

Other data overnight is still bullish on the snow potential. Again like yesterday…looking at an ensemble approach, which isn’t used as much as it should be used by others out there talking about the weather…this is where we stand…(see yesterday’s blog for what the “ensemble” approach is)

As far as today goes…and noteworthy in it’s own right I think…record high temperatures are possible>likely. at 9AM we’re in the mid 50s. There are clouds out there but there is also sunshine breaking through. We’ve seen high winds overnight…gusts to 50 MPH and as I type this we’re still getting 40 MPH winds…the record high is 64° set back in 1902. The key is getting enough breaks in the clouds…but as of 9AM we’re 6° away from tying the record and 7° away from breaking the record. This satellite picture should update through the day for you.

and Saturday into Saturday night…

There may be strong tornadoes with this outbreak(s) in the southern US over the next few days.

Like I said at the start of the blog…this storm is going to be nasty for many areas of the country east of the Rockies.

OK that’s about it for now…I may get a brief update out this afternoon time permitting but things start to get a bit hairy at work now that all this is coming together…so some long days are coming up.

Our feature photo is from Michael Legel‎ out in Lees Summit yesterday. Oh. My. Goodness. 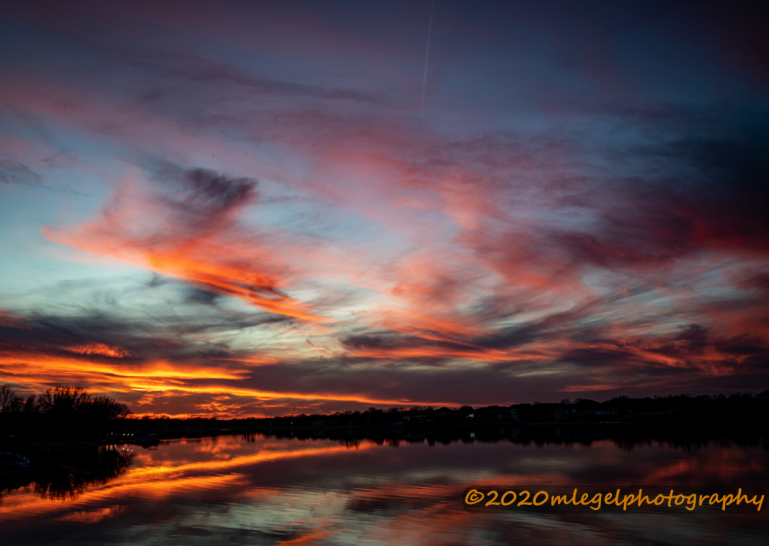