Good morning…today will be the mildest day (and the windiest) for about the next 5-7 days or so. As the winds increase the atmosphere will get “stirred up” if you will and with enough sunshine…we should pop. I’ve been biased a couple of degrees cool during the days and a couple of degrees cool for overnight lows too, so last night I wanted to push my limit a bit and pop today into the lower 70s. We’ll see if that was too aggressive later on. There will be some clouds around but I’m hoping the near 35 MPH gusts will be a boost to the potential.

Tonight: Windy and mild with lows in the mid 50s

Thursday: We may start dry but increasing rain chances as the day moves along. Yes the potential for rain is there during the game…perhaps even for tailgating too. Have the rain gear ready. Highs may get into the 60s before steadying out or falling a bit in the PM rain. Not  slam dunk that the rain impacts the game but it will be around.

Friday: Off and on rain likely. With a front in the area we may see a large spread in the highs from the 40s to the 60s and IF that front is draped through the Metro there could be a 10° spread within KC. Let’s shoot for 50s. Turning colder at night.

Saturday: Colder…with a chance of a few flakes or cold rain showers or something mixed in the AM. Highs in the afternoon into the 40s

Sunday: Hard AM freeze then sunny and chilly with highs well into the 40s

Last night I mentioned that I was going to put crabgrass control down on my yard today…got a FB message from TJ Blankenship and he mentioned that it might be prudent to wait a bit because it wasn’t warm enough (at least in the soil yet) to do that. The crabgrass won’t germinate until it gets to 55° in the soil for a few days…and with all the rain coming and more rain next week…it may weaken the effectiveness.

Here was his message to me…

Also for those of you affected by air pressure changes…there’s this.

Feel free to follow along my FB page at Joe Lauria Fox 4 Meteorologist for updates when the air pressure may affect how you feel down the road. As we say “Working For You”.

Wind…yup lots of it and today will be one of those days. The folks from Weatherspark have this information. 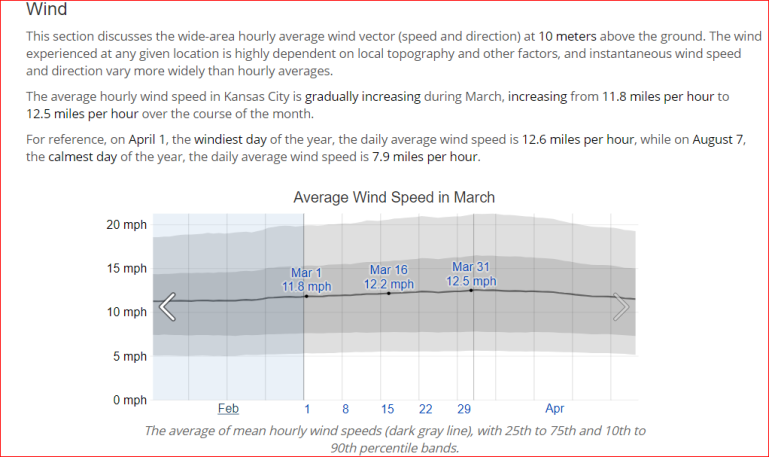 and according to them the “windiest” day of the year is April 1st…so it seems about “average” overall right? Interesting to note the “least windiest day” is August 7th. Makes sense.

In March the winds are typically strongest when they’re from the south or the northwest…as this “wind rose” chart shows.

This makes sense…we get strong Plains storms in March usually with the “March Madness” of weather from rain to snow and everything in between it seems…so that with all of that action…there is a lot of air movement before and after the storms…and that means a lot of wind!

The storm coming into the region over the next few days is just coming ashore today in CA. The rain situation though tomorrow revolves around a continued flow of moisture from the south that will be developing and overspreading the Plains tonight especially. The model data shows some sort of disturbance being created in the Rockies tonight and moving eastwards tomorrow AM into that moisture. This disturbance will then create rain to the west which will move towards the east and that is the issue for tomorrow PM it appears.

This fetch of moisture from the south will be with us into Friday night and early Saturday AM before shoving eastwards…so any wave or lift in the atmosphere will have moisture to work with…and a pretty good amount as well. That too means the potential of some locally heavy downpours. I’m not sure how we DON’T get at least 1/3rd” from this set up and for some potentially well over 1″ of moisture from this over the next few days.

There are some heavier forecasts out there…and these would be doable with more convection. 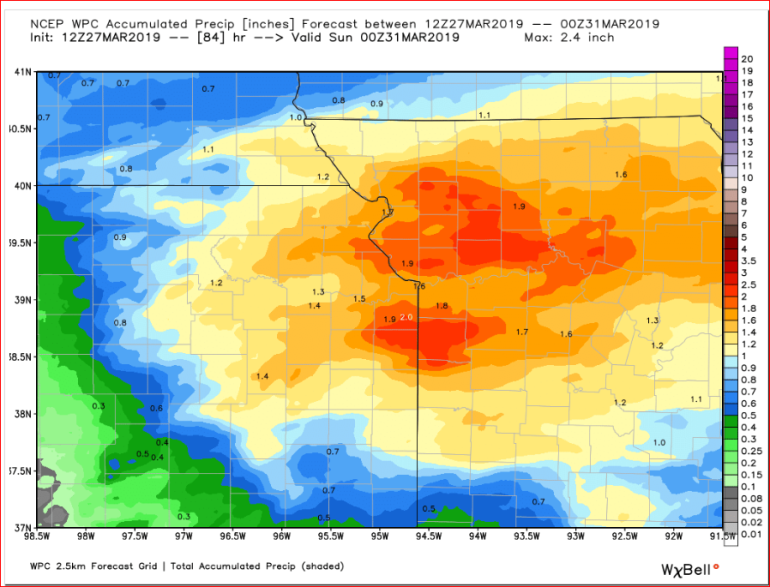 In reality those highside 2″ numbers are possible BUT they could be located in different places. Also of note is the location of some of those higher numbers in relation to the River levels…there may be impacts…perhaps nothing more than a slowing of the falls on the MO River towards the east of KC over the weekend and early next week. That water in time drains into the MO River too.

The above map via geology.com.

IF the heaviest is south of here then that water, in time, would drain into the MO River towards central MO.

Anyway the storm will continue to give us rain opportunities through Friday it appears.

Temperatures are the other issue…especially for Friday. A cold front is going to work southwards later tomorrow…this front will stall “somewhere” in the area…a few counties south and we’re in the 40s on Friday (for highs). A few counties north and we’re back into the 60s again. On top of the Metro…and goodness knows…40s/50s from north to south is possible. It’s obviously a set-up for rain.

I love forecasting fronts 3 days out within 50+ miles of KC (said no meteorologist ever) #60sor40s? JL pic.twitter.com/S5RTqPMNd9

That about sums it up.

Then there is the potential of some flakes of snow.

This is certainly murkier on Saturday AM but the atmosphere will be somewhat supportive of it in the morning hours. It’s a matter of IF there is some moisture left over to be squeezed with the colder air place. I can’t say there WON”T be any flakes or ice pellets or something wintry that morning with temperatures near 32° or so…not a slam dunk but I’ve been mentioning this for a couple of days on the air every so often It would be possible I guess near daybreak and for a couple of hours afterwards…maybe.

Again a hard freeze is expected on Sunday AM…gardener’s take note…and potentially on Monday AM too.

The overall pattern will be up and down with more or less typical temperatures for early April…there will be some milder days and some colder days…and the active pattern continues into April as well. 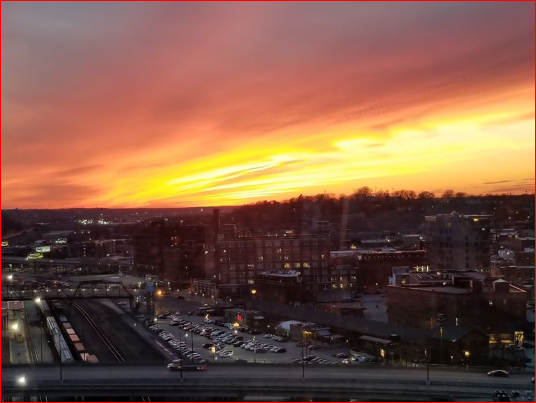