Some fabulous weather coming up for the remainder of today and tomorrow. Highs will be nicely above average and it’s possible that Tuesday also turns warmer before it turns colder for a few days heading into the Thanksgiving holiday. 3 separate systems will be watched this week…one brings at least a little rain on Tuesday…the other may bring us a wintry mix or snow on Thanksgiving and then rain for Friday. A lot obviously will change between now and then.

IF you’re traveling this week up towards IA or NE…and east from there…watch the weather closely. Especially Tuesday into Wednesday. Then on Thanksgiving as well for another system. The one that follows that one looks to be a mostly rain event for most areas aside from the northern Plains.

So a lot is going to happen this week.

Today: Sunny and mild with highs near 60°

Tonight: Fair and not too cold for late November with lows in the upper 30s

Monday: NIce, maybe not as warm but still good with highs in the 55-60° range

Tuesday: Cool for most of the day with some scattered showers then we may see a warm surge later in the day or at night as a warm front moves through…followed by a cold front with some additional showers later in the night. Highs could reach 55-60 in the evening depending on the timing of the warm front moving from the south to the north through the area.

Wednesday: Blustery AM and colder with highs in the 40-45° range with sunny skies…travel will be fine.

So remember the storm that I pointed out to you about 6 days ago out towards Russia and then tracked last week through the Aleutian Islands…well it has gone through a series of evolutions and is now coming through western Canada…soon to split into two systems…one passing harmlessly to the north of the region tonight…the other turning into a more significant storm in the Rockies…Denver is going to get another snowstorm it looks like. 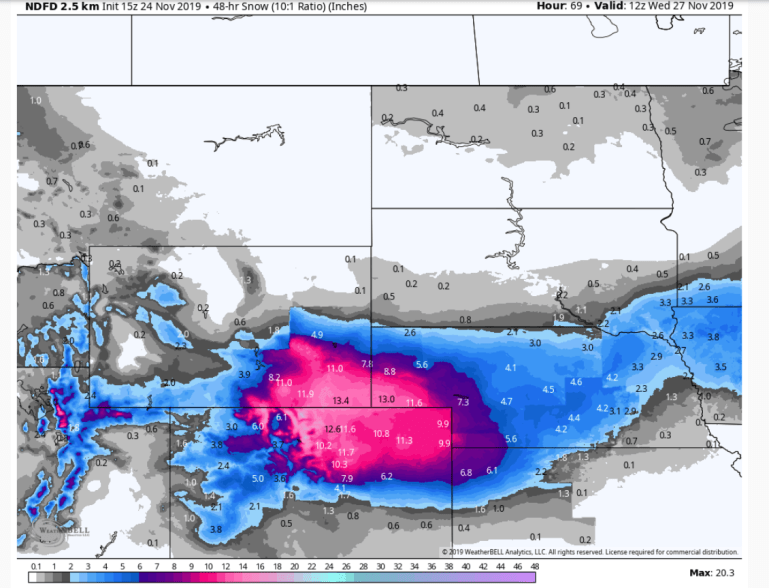 This should be a significant snow maker for the Plains of eastern CO and western NE…likely into NW KS as well. I-70 travel out there may not be possible on Tuesday.

There are some questions about how much snow continues farther eastbound but travelers heading towards I-80 in NE and IA need to watch this storm…because that could get nasty too. 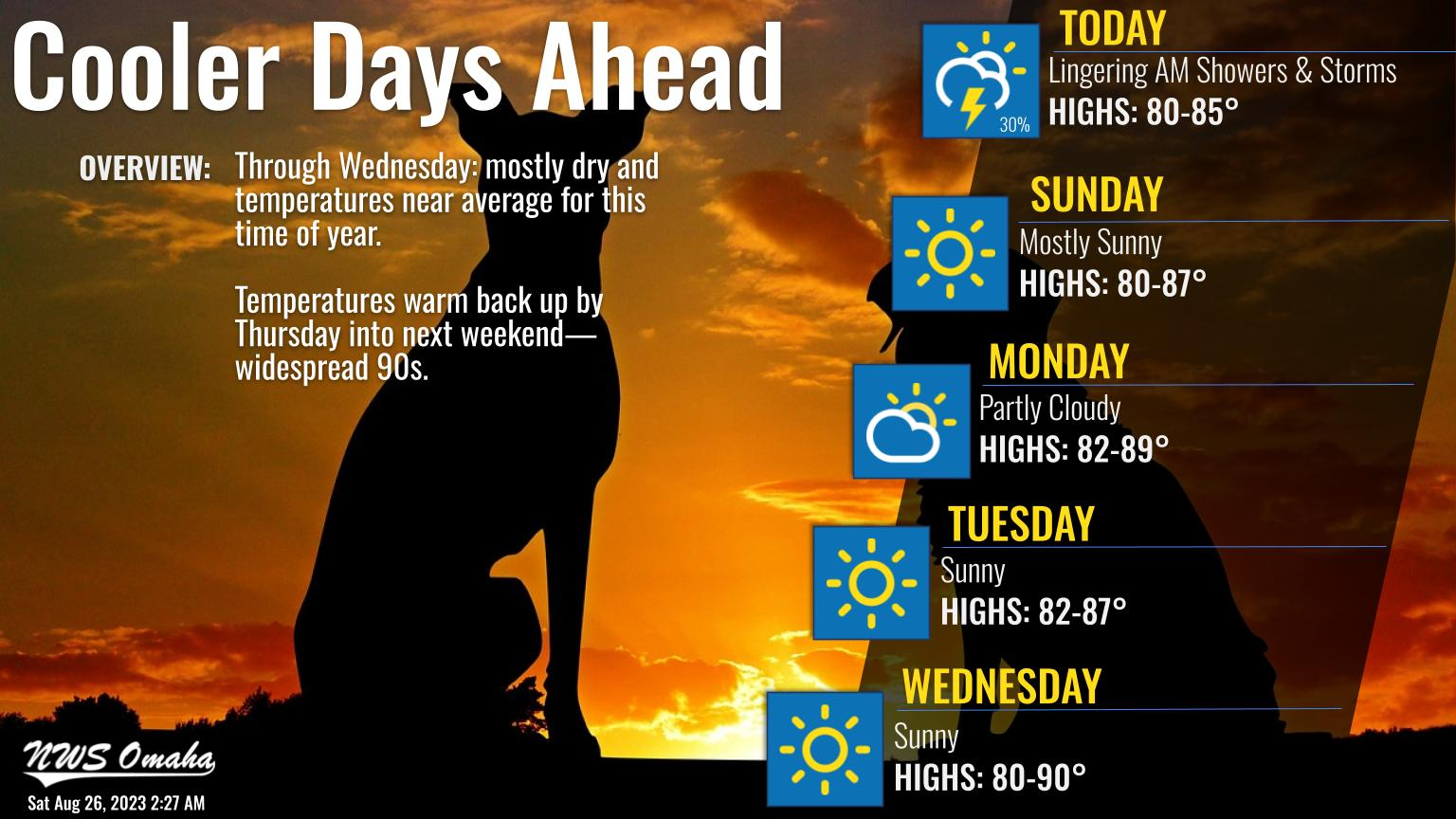 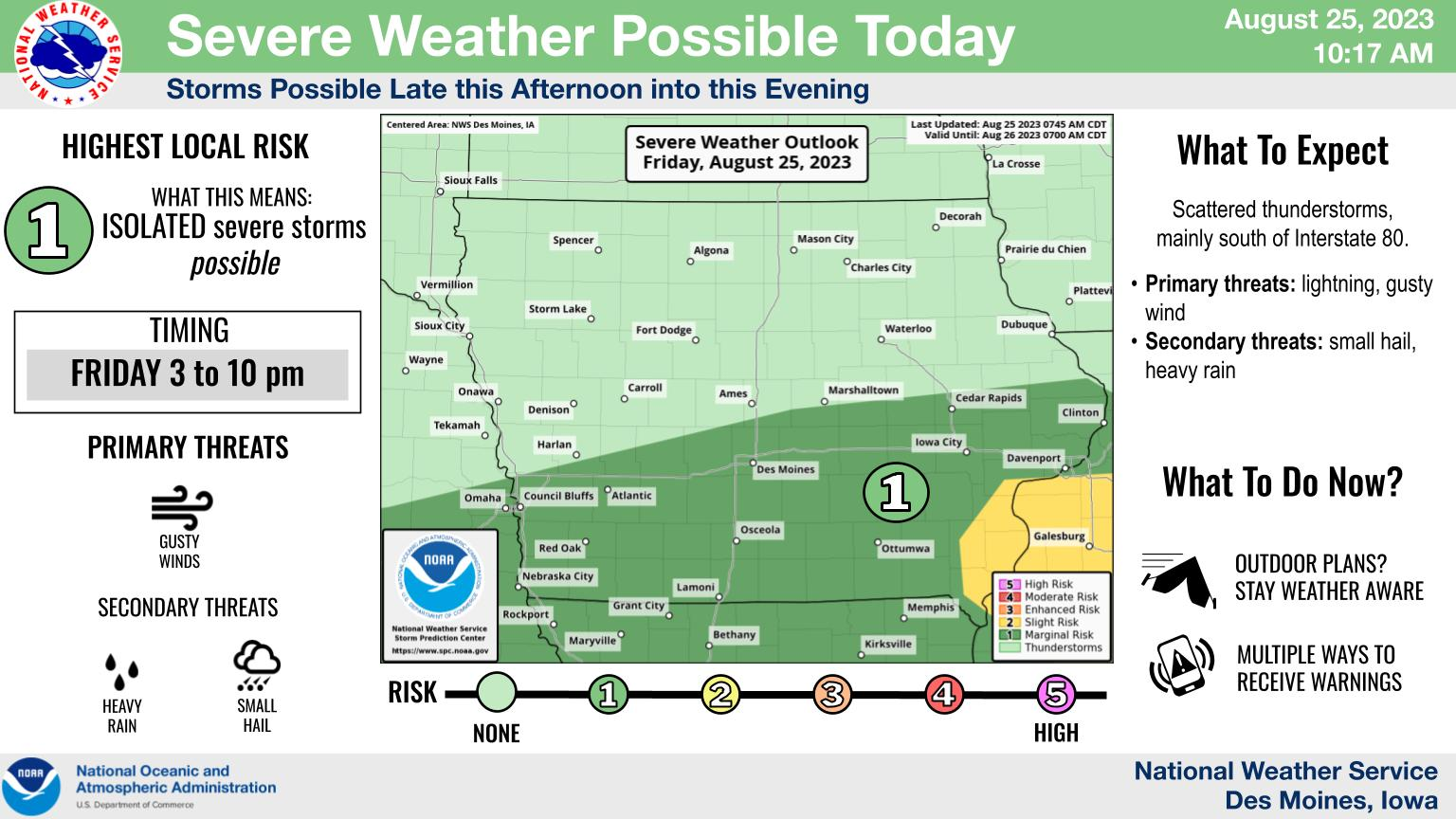 This storm though looks to pass north of KC…that’s very important because that will place our area into the warm sector at some point on Tuesday…and we may see a temperature surge. IF the storm were more towards I-44 instead of between us and I-80…we’d be into the colder air with much bigger impacts…instead we may pop into the warm sector or at least get very close to it. Where ever the warm front set’s up (north of here we get warmer – south of here we’re cooler) will determine the max temperature potential.

With a surface map forecast like this…for Tuesday at 6PM…we should pop into the warm sector for a few hours at least. 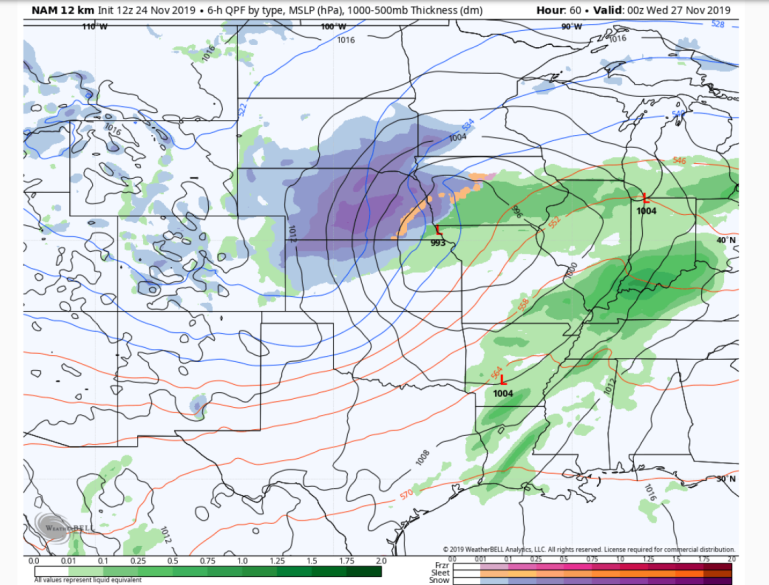 Notice not a lot of rain with this locally…we should have drizzle/mist around…if nothing else for awhile Tuesday as the warm front will be south of here for awhile. That’s a gray cool recipe for a good part of the day.

As a matter of fact some model guidance is pretty strong with the idea that rain amounts will be light…as in under 1/4″ or so light…and some guidance suggests under 1/10″ for many.

Then the colder air will wrap in behind the surface low sometime Tuesday night and send temperatures down quickly with a wind shift from the south to the west and northwest…gusty winds too!

I’m impressed that this was well forecast for more than a week out…something big is going to happen for at least parts of the Plains from a winter weather standpoint Monday into Tuesday…the issue was who would be most affected. It appears it’s going to be the I-70 region n CO and parts of western KS with the I-80 corridor in NE also in the path of this storm.

Then on Thursday another storm moves into the western US and turns into a powerhouse out there…with unusual cold weather through the west including CA…feet of snow are likely for the mountains out there…ski resorts will be thrilled! 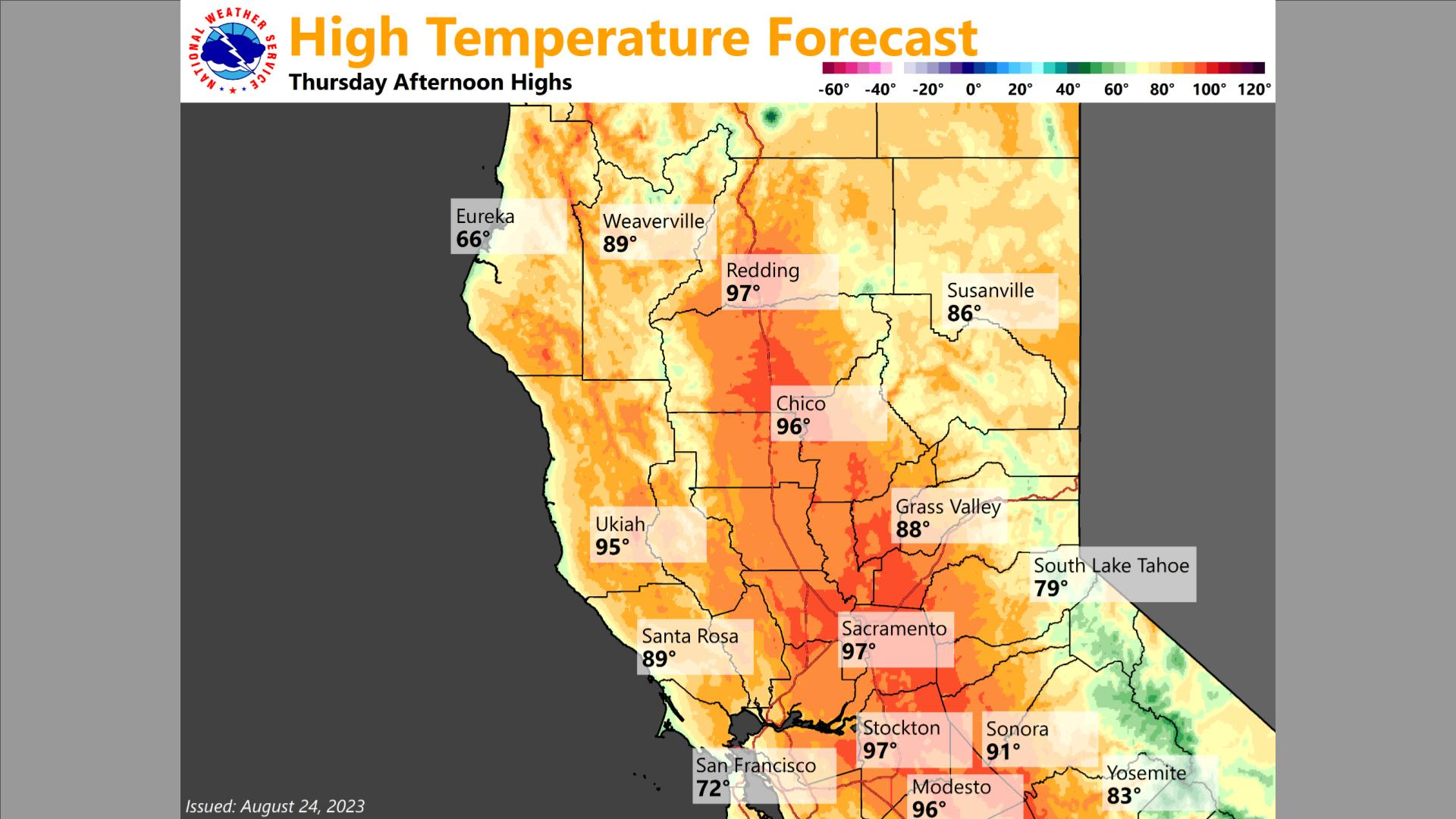 Much needed rain for the coastal areas too! Farther south towards the L.A, area…rain and snow in the mountains. 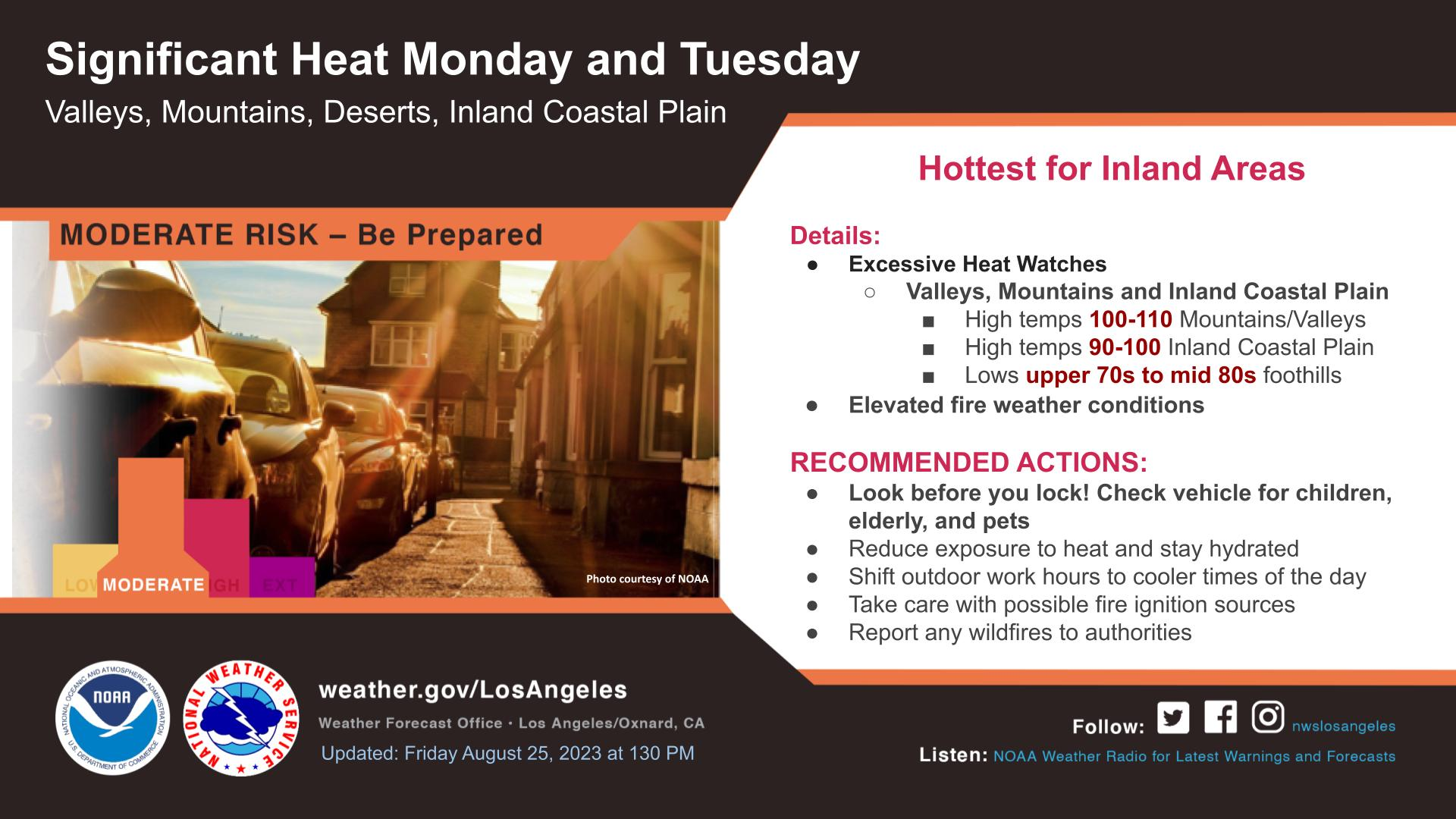 This HUGE storm out there will send a strong SW flow through the Plains…and allow a series of disturbances come up from Mexico through the southern Plains and into the KC region. These disturbances will be helped along by an upper level storm off CA now…well SW of LA. You can sort of already see the upper level moisture coming into the northern Mexico area. So while Wednesday is fine…Thursday isn’t… 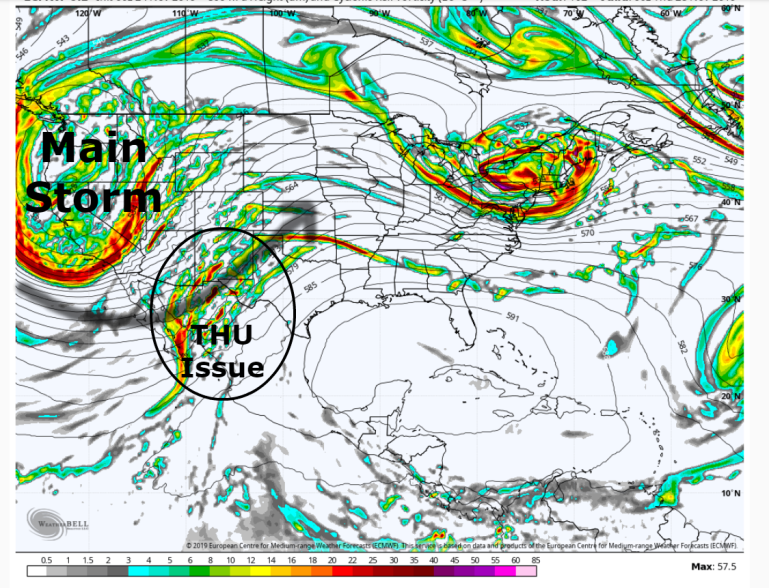 There are obvious issues with Thanksgiving. I’m not convinced this is all snow for us…I’m not convinced that the atmosphere may warm up enough to change things to rain faster than the models think…and there are some indications in the EURO data that there may be an above 32° layer about 5,000 feet up that may create a lot of sleet instead.

Regardless…and this won’t be figured out for a couple of days…Thursday is looking like a headache to figure out right now especially through mid afternoon. There may be a window for the Plaza Lights though between the wave coming up form the southwest on the map above and the main storm passing through the northern Plains heading into the weekend which means another surge of potentially warm air again as that moves well northwest of the area…for Friday into perhaps Saturday…

So many details…the bottom line is that this is going to be a dicey week of weather around here…especially from THU>SAT…lots to tlak about and show.

You definitely want to stay up to day on the blog and on the air…good timing for our winter weather forecast on Tuesday night. Michelle is wrapping up that story for us. 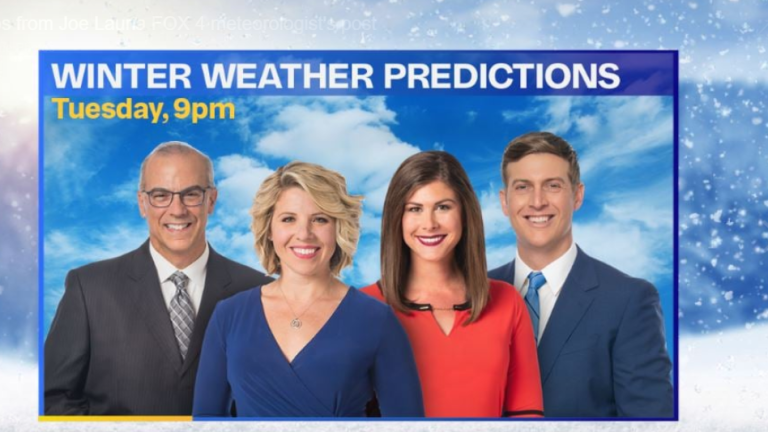 Our feature photo is from Sandra Cox Photography out in Leeton, MO…her bushes weren’t happy with the snow the other day. 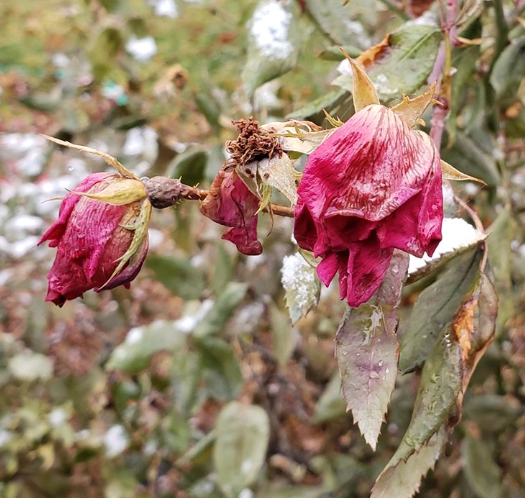 We're sort of in the early stages of the well-predicted snow "storm," although the amounts in the end won't be overly high compared to other "storms" we've had over the past few winters. The devil about this system is the 40+ mph wind gusts.