We set another daily record yesterday for snow…up at KCI there was .6″. That set a new record for 11/11 for snow. That’s the 2nd daily record this season. That’s impressive. Of course during this time of the year a lot of the daily records are under 1″ or so…but still.

This cold air mass sent temperatures down into the single digits. At least 8° this morning. Highs today will struggle and it will feel even colder later this afternoon as the winds start to pick up a bit. Those winds will increase overnight as well as the winds above us really get going from the SW. That’s the sign that the arctic air is moving away from the area.

The other issue, despite the snow yesterday, is the continuing lack of moisture in the region. Yesterday’s snow amounted to .05″. There is another possible minor system for Sunday…but overall the next 10 days look pretty dry at this point.

Today: Sunny and cold with highs in the upper 20s to near 30°

Tonight: Clear and windy…it will feel colder as temperatures drop into the low>mid 20s and then sort of steady out or increase a bit towards daybreak. Winds may gust to 20-25 MPH

Tomorrow: Partly cloudy and not as cold with highs well into the 40s

So far this morning…8° and it may have dropped another degree or so between hours as the sun was coming up. Unusual cold for sure. It would be our 2nd or 3rd coldest start to the day in KC weather history with records going back to the 1880s. 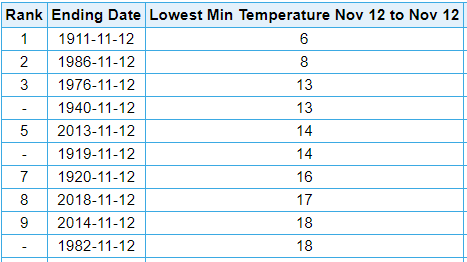 Highs today will be in the 20s to near 30°. Here is a look at the coldest highs.

So likely top 10 cold high for the day. 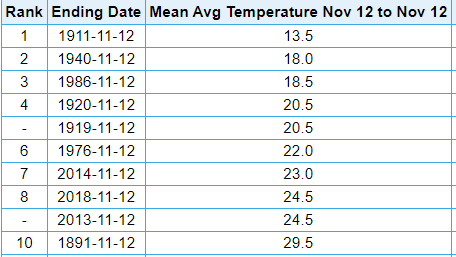 We’ll probably end up around 18 or 19° for an average temperature…that would be easily top 5. You can see just how cold that 1911 year was behind the “blue norther” that came through!

There were dozens and dozens of record lows last night…some of the records have short POR’s or period of records. That means the data doesn’t go back that far…at least 30 years though. For perspective the KC weather data goes back at least 130 years. I’m always hesitant to talk about records that contain only 40 or whatever years of data. 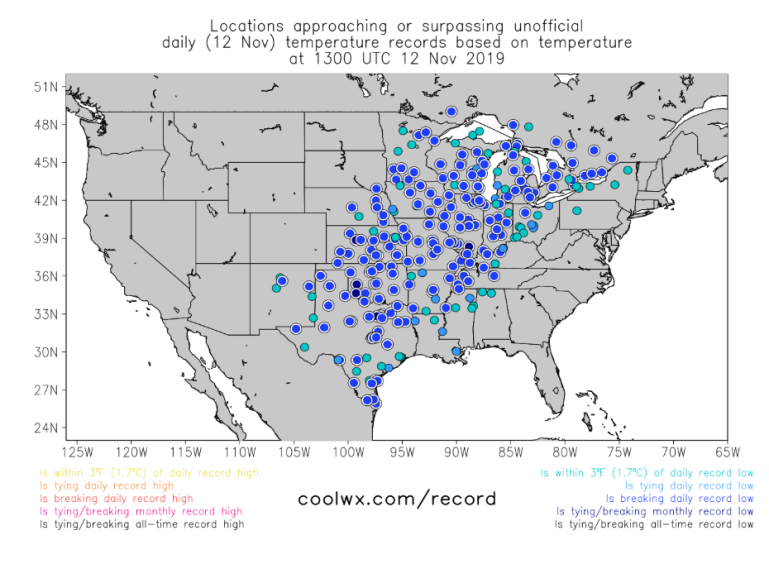 There may be some monthly records tucked in that data as well…down towards the Red River and into S IL and W KY.

The coldest air is going to move away overnight. That is a reinforcing shot of chilly weather coming tomorrow night into Thursday. This will be a dry frontal passage…just not enough time to get appreciable moisture back into the region ahead of the front. As a matter of fact this arctic air will have penetrated through the central Gulf of Mexico by this time tomorrow…

The overall pattern though remains rather dry and that won’t be changing anytime real soon…at least for the next 10 days or so.

The model data is showing something towards the 3rd week of November though…close to the 20th. Here is the EURO data… 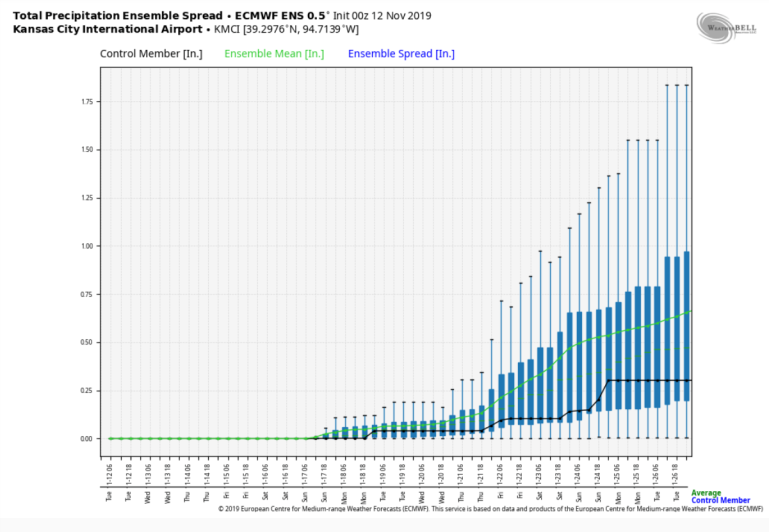 and the GFS data… 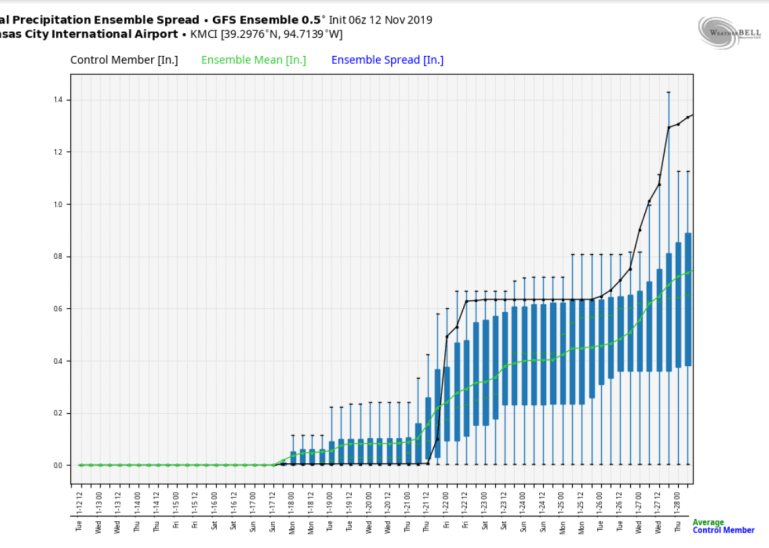 We’ll see about that…

I mentioned this last night…and sure enough it happened to me on my way home…the low tire pressure light coming on in your car.\

This occurs when the tire air pressure drops which happens when we get these cold temperatures. Remember we were in the 60s on SAT and today are in the single digits. That’s about a 60° swing…and considering the tire air pressure drops about 1-2 PSI (pounds per square inch) when we drop about 10°…that’s a 5-10 PSI drop and that will usually trigger the TPMS (tire pressure monitoring system) light on the dashboards.

You just need to get some air in the tires. Sometimes it will go off on it’s own as it warms up but a lot of times it won’t.

So know you know!

Our feature photo comes from Michael Weston of an earlier snow melt off from October…probably about the same as today. 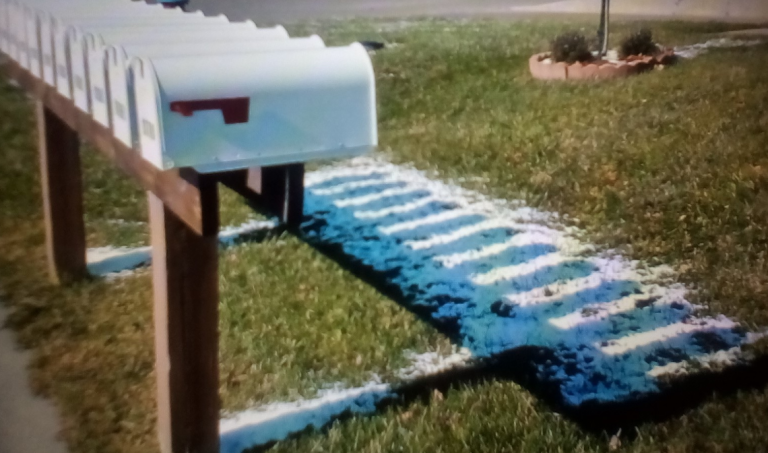 Have a great day and stay warm