For those just reading this blog for the 1st time in awhile…and trying to get back into the swing of things now that the holidays have wound down…welcome back.

In all honesty from a weather standpoint you haven’t missed much…after the snowstorm almost 2 weeks ago…not much has been happening…and it’s been pretty mild overall.

Yesterday we were well into the 50s and today we should again be in the 50s. We won’t get there tomorrow but the cold front coming through will only return us back to average…and in reality it may still be a few degrees above average even after the front moves in.

Today: Mixed clouds and sunshine…more clouds NW of KC with more sunshine SE of KC. Highs 50-55°…with less wind too…so in reality it may actually feel pretty good out there today.

Tonight: Increasing clouds and cooler with lows in the 30° range

Tomorrow: Not too bad with clouds and some sunshine. Highs in the lower 40s

Saturday: Sunny and pleasant for early January with highs 40-45°

We are officially right now in a crummy weather pattern for snow lovers…they happen during the winter and we’re there right now.

For the rest of the population who dislike snowy weather…well for now at least…it’s all good. The pattern overall is mild through mid-month with a couple of fast hitting cold shots likely. Nothing extreme…through the 10th at least…and as I mentioned last night the data from 93 or so model outputs wasn’t exactly thrilled about snow locally…only 12% gave us 2″ or more through the 11th. The data last night was 15%.

There was some indications that after that things may get more interesting but it’s a log ways off…no wonder the 8-14 day temperature forecast looks like this.

There should be storms to write about though…so things could change…but taping into cold air is going to be tough for awhile. 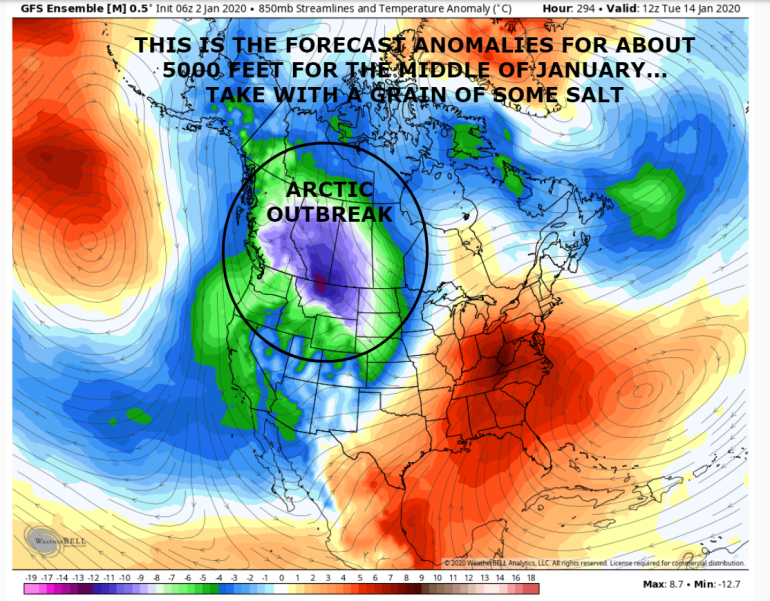 Not convinced it comes down lock stock and barrel though…again that’s for the middle of the month.

It was the 30th coldest average temperature for the year…the 4th wettest and the 29th snowiest calendar year. 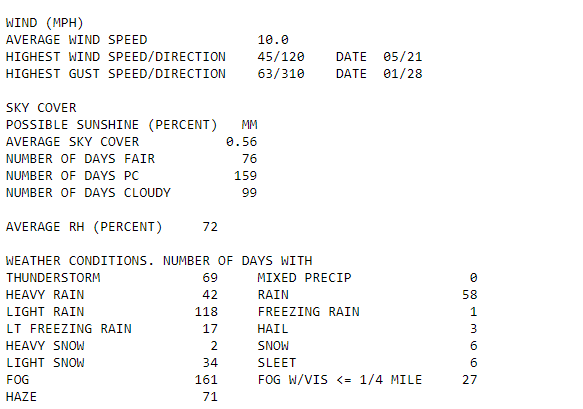 From an overall temperature standpoint…

Here is the data for KCI… 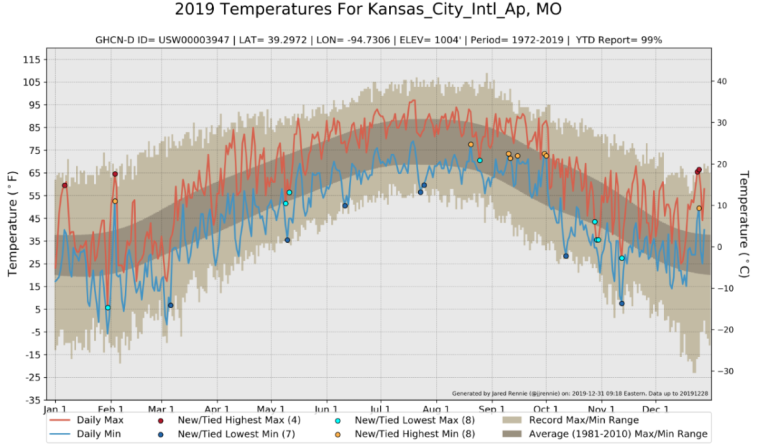 Now here is the downtown airport data…with records going back much farther. 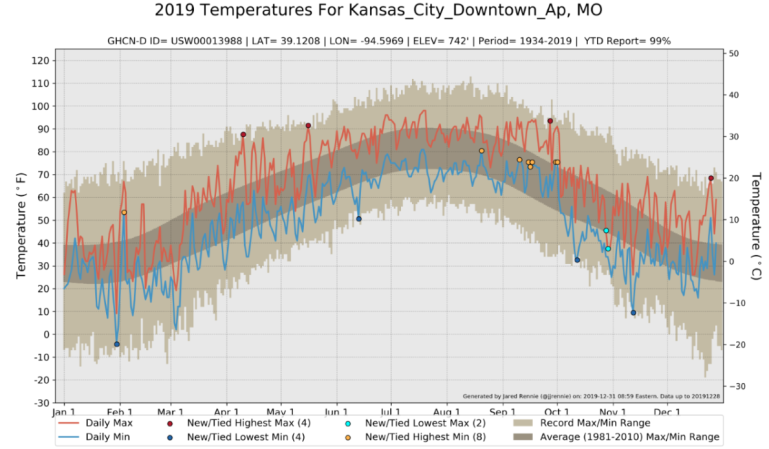 My take away on that is that there were 8 record warm lows tied or broken.

From a precip standpoint..it was a year for sure 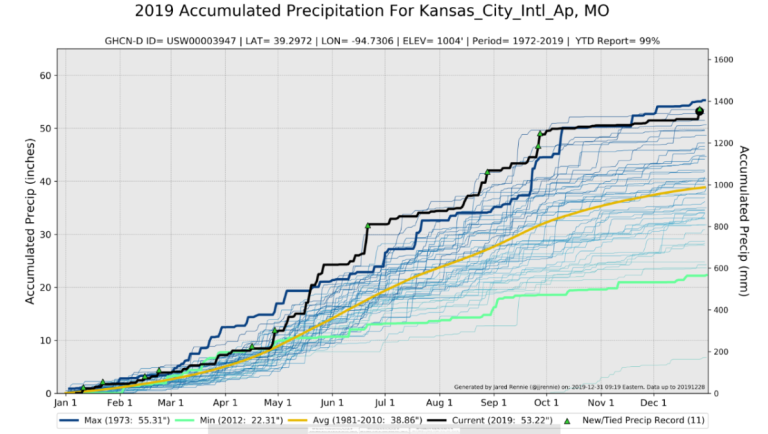 There were 11 records tied or broken up at KCI…again site specific. 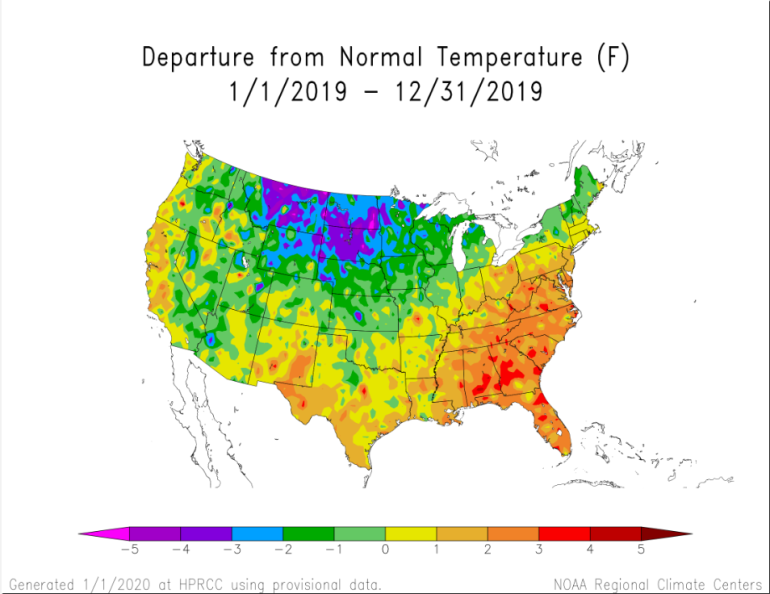 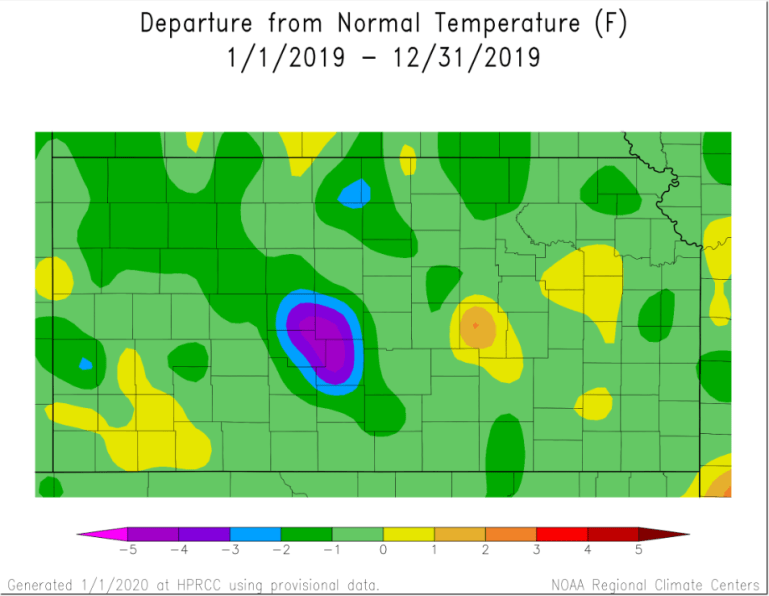 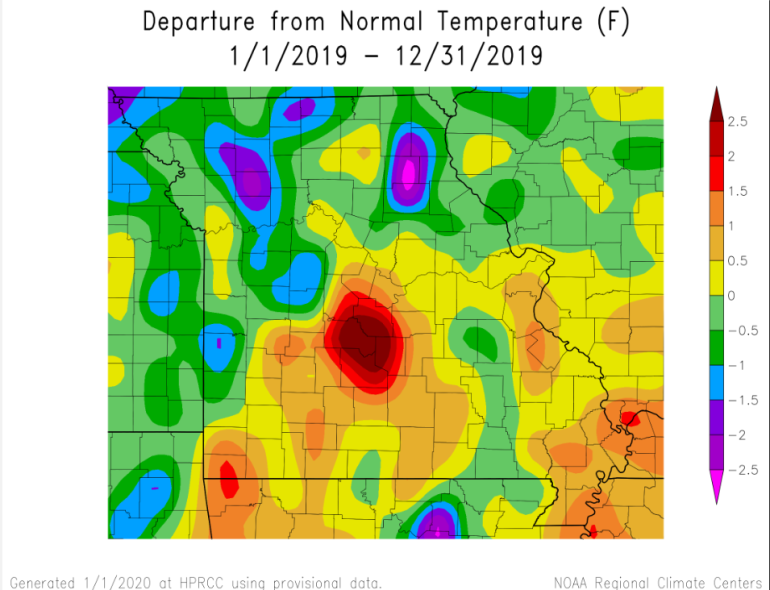 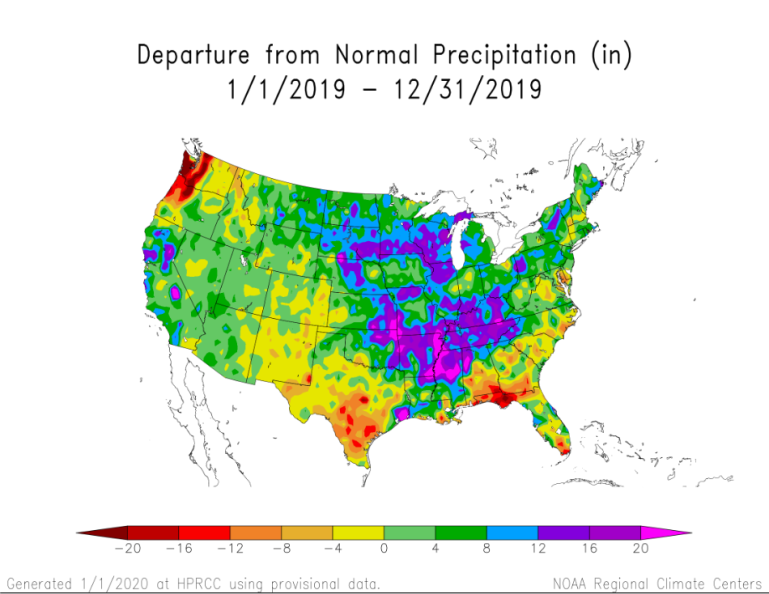 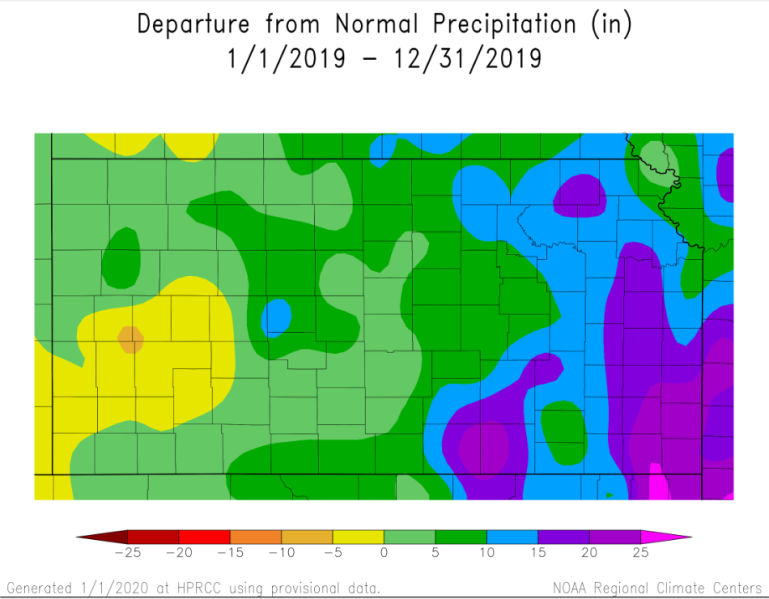 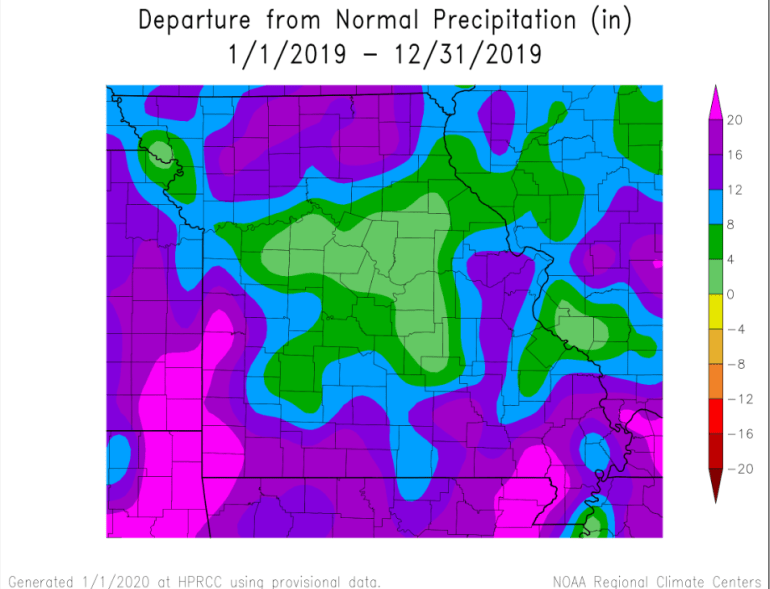 So there’s that for your record keeping pleasure.

Our feature photo comes from Cary Bahora taken yesterday…a great example of Cirrus uncinus clouds. This type of cirrus is sometimes referred to as mare’s tails because of their resemblance to horse tails. 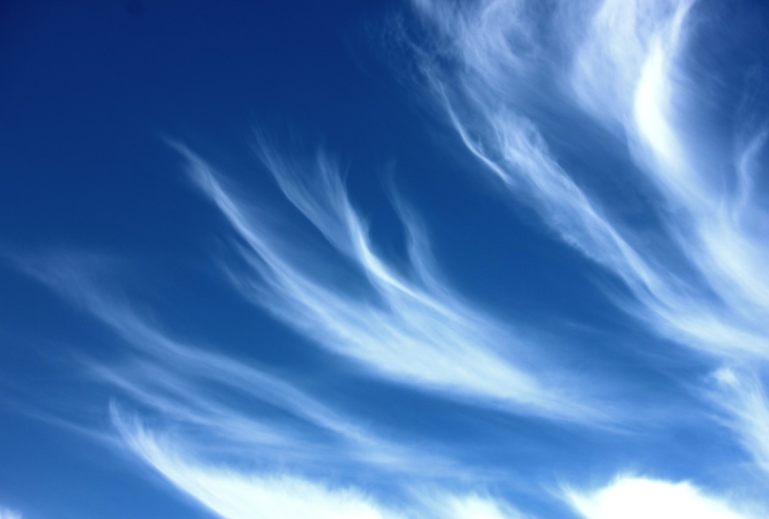 ‘Without the trucks, nothing happens’: Trucking companies in desperate need of drivers