Well nice to be back in KC. Spent about 10 days out in the desert in AZ. The humidity hit me like a brick getting off the plane the other day…although in AZ we did have a 72° dew point one morning. Folks there don’t take kindly to the humidity. There was rain though…and a couple of mornings felt like KC summer mornings…but then the dew points would go down in the afternoon. The day before we returned the car the thermometer on the car said 120° in downtown Phoenix…the airport had several day of 110-115°

I sort of disconnected just a bit (not totally) from the weather here. Now that I’m back I thought it might be a good idea to see where we’ve been so far this summer.

Today: Cloudy skies through early this afternoon. Some lighter showers are possible but it doesn’t appear like anything too heavy today. Temperatures will again be in check today with highs in the 80s

Tonight: Fair skies and muggy with lows near 70°

Friday: Partly cloudy and seasonable with highs well into the 80s

This weekend: There may be another chance of rain developing sometime early Sunday. Seasonable with highs near 90 on Saturday…maybe cooler (depending on the rain) on Sunday.

The kids are starting to head back to school…the football preseason really gets going this winter…and summer is slowly winding down. I know there still is about a month left….and yes there will be more hot days coming…some data suggests September could be a warm month locally…but today is a good day to step back and see how the summer has gone.

From a temperature standpoint…

June was the 55th coolest on record going back to the 1880s.

July was the 49th coolest

June 1 through yesterday is the is the 51st coolest on record with an average temperature of 76.4°. The last time it was this cool was in 2015.

Over the last 90 days…going back into May…lots of ups and downs really. The heat has had trouble locking in for any real length of time and we’ve had more below average days than above when it comes to temperatures. 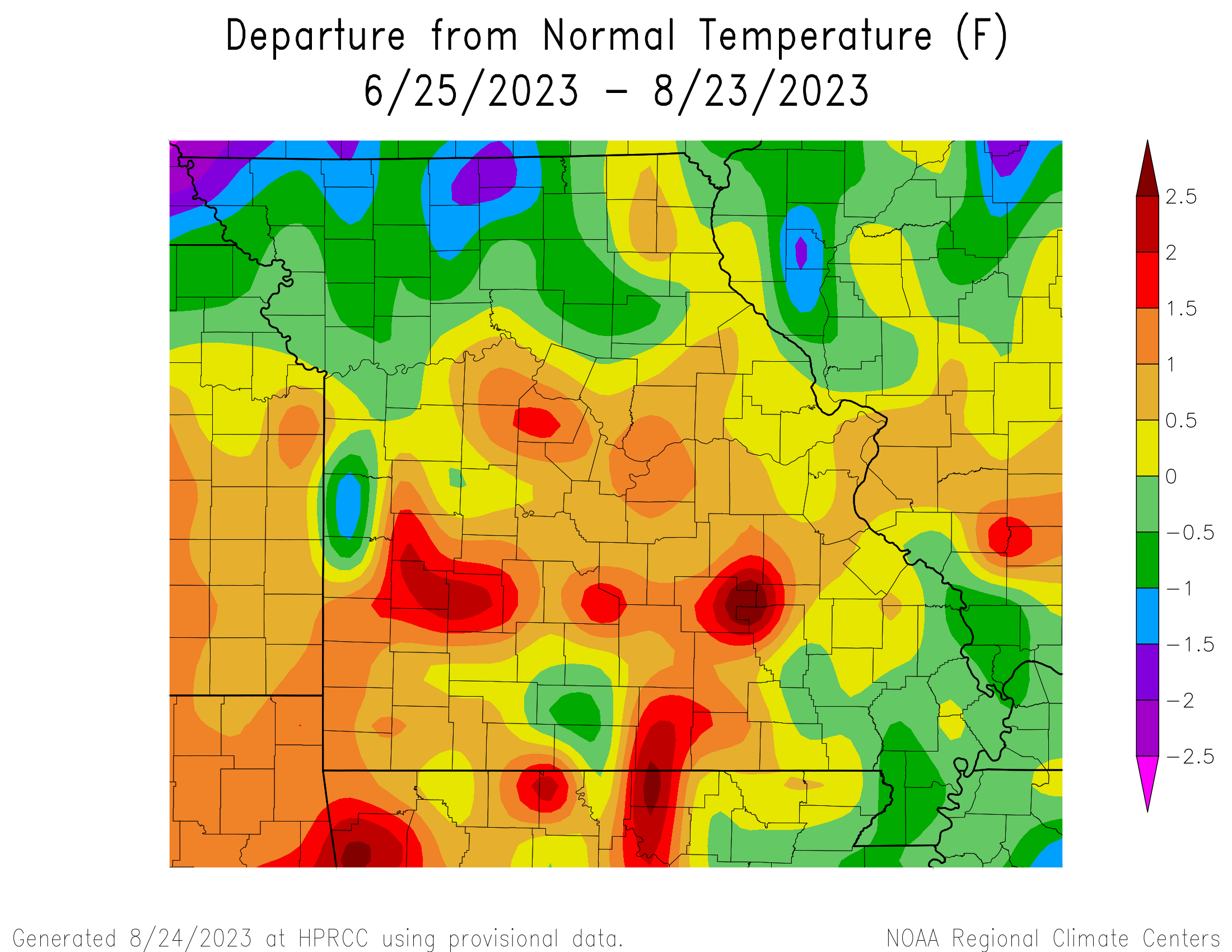 I don’t think too many people are complaining overall about the summer in KC. We’ve really had one heat wave…even though there is now real definition of what a heat wave is around these parts. If you want to use 95° or hotter for several days…that criteria has only happened once before so far this season.

So from an “extreme” temperature standpoint nothing too terrible.

For the summer overall (so far)…we’ve tied a record low twice and never have come too close to any record highs.

And for the year thus far…76th coolest overall…

So there’s all that.

I’ll try and remember to look at the precip situation tomorrow…but at least for KCI…we’re still running more that 10″ above average for the year so far but in a summer of irregular rains (like they almost all are) we’ve actually dropped below average since June 1st! That data is for KCI…I’m well aware of what happened last week in parts of eastern KS just west of the Metro…and there are pockets to the SE of KC that have had a ton more rain as well.

As far as what’s ahead…we’re in this weird spot where the heat is raging to the SW of the region…while we’re struggling to get overly hot. It’s the reason why we’re seeing these repeated episodes of heavy rain in setting up especially on the KS side. Those areas represent the region of battle, f you will. Data today continues to show us in the area where the heat will just not build in strongly for days to come. There may be a day here or there…but overall it doesn’t appear too hot for awhile (compared to average)

Model data from last night show these trends…both pieces indicate Monday could be the hottest day. 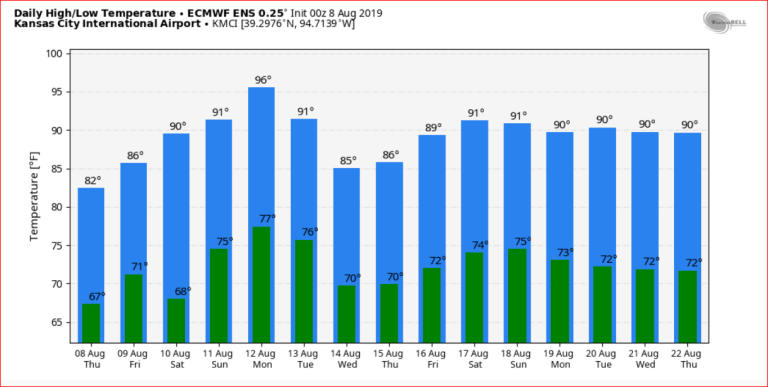 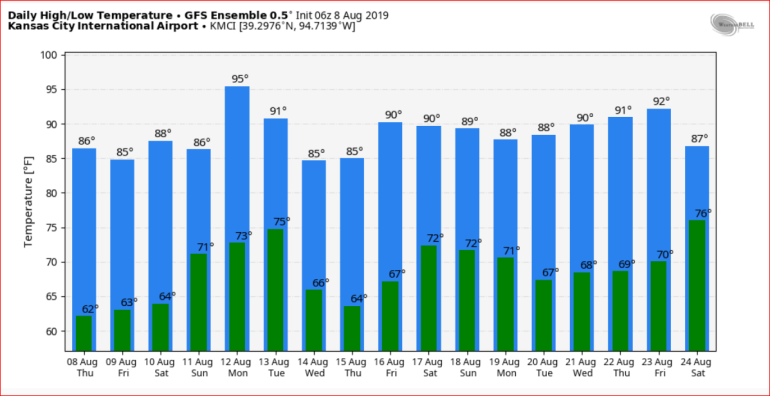 More about these clouds…and why they form. 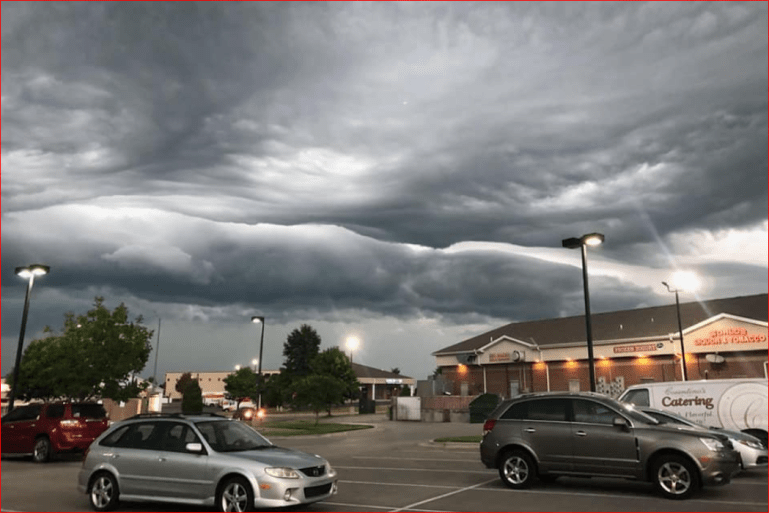