A seasonably strong cold front came through the region overnight…that created rain and thunderstorms in the region…a few warnings were issued…I didn’t see any confirmed severe weather reports but there might have been one or two out there. Meanwhile farther south numerous reports of stronger winds and some overnight tornadoes created destruction.

For us today…basically a blustery day with increasing clouds later on. Winds will get gusty as the day moves along…

Today: Increasing clouds later this morning with increasing winds. Highs in the mid 50s but it will feel colder with winds gusting to 30 MPH

Wednesday: Milder and breezy with highs well into the 60s

All this happened while the Cowboys football game was on at the time. That left the NBC station in a very bad position…keep showing the game with some commercial cut-ins or blow out the game and do tornado coverage. There is no winning there with either approach. The meteorologist in me say you blow out the game…these tornadoes were NOT weak ones…they were pretty nasty…they were happening at night and they were damaging parts of northern Dallas.

So I have gone over the radar data like a hawk and here's a general idea of the area the first #DallasTornado tracked before decaying and spawning a new tornado that tracked across the Garland and Pleasant Valley area. Feel pretty good about this. 3 or 4 tornadoes in all. #txwx pic.twitter.com/RUz8ks5fqb

Regardless of what decision was going to be made…you’re ticking off a swath of viewers. I feel for them this morning.

The damage though was apparent from the get go…odds favor these being EF2-3 tornadoes.

Back home in KC…

A very typical fall type week is coming towards the KC area this week…quite a bit of wind…blustery conditions…a brief warm-up and then another fast hitting chilly shot of air will be all on the table as the week moves along. Thursday in particular will be a blustery and chilly day (winter coats time) with a cold rain possible>likely.

That’s one impressive swirl across the upper Midwest. Those clouds to the west of the area should rotate into the region this afternoon…with the winds increasing to about 30 MPH as the afternoon moves along.

There were some decent downpours last night…but most areas didn’t get a lot of rain out of the system overnight. I was expecting about 1/10″-3/4″ or so…that’s about what happened for most of the Metro area.

The next cold front is coming on Wednesday night into early Thursday. Some rain with that bubt more importantly a cold blustery Thursday is ahead…think 45° type weather with wind…and some rain as well. Not a pleasant day.

There are questions about what is going to happen later in the week concerning the future of an upper level storm…to say the contrast is stark would be an understatement.

The ensembles of each of the models aren’t very helpful. Each support their own parent model. The Canadian model is more like the EURO. This is all important because IF the EURO and the Canadian are more correct…that means some rain over the weekend. This is all associated with a small wave off the coast of British Columbia that will be dropping into the northern Rockies Tuesday and potentially then splitting off and dropping into NM/TX…then waffle around on Friday and come towards the NE on Saturday.

It could happen…and IF this were the winter…this would probably be a snow maker…or a cold rain>snow maker.

I’m not sold though on the future path of this at this point…including the gyrations that the EURO is going through. Let’s give that another day or so to simmer before committing too much to that. Just remember that weekend forecast could change as it stands now.

Our feature photo comes from Lesa Wardrip‎ up in Parkville… 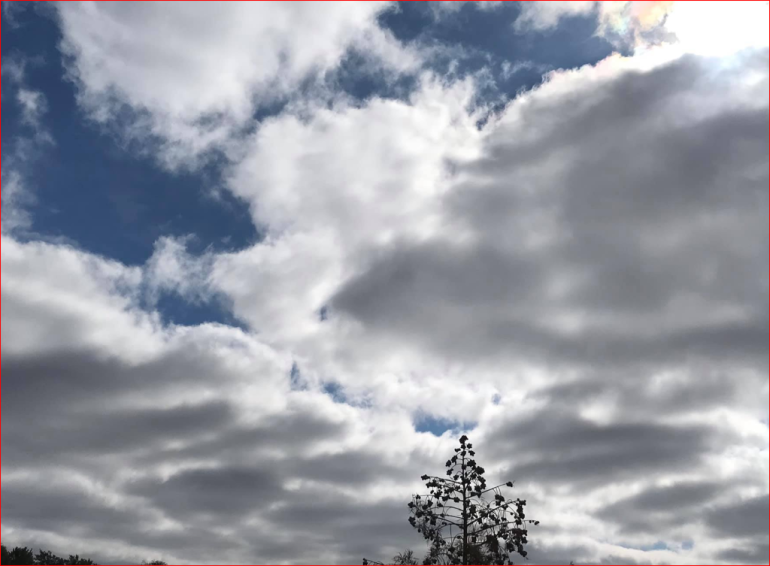