A cold front has moved through the area and while it’s not terribly cold…compared to yesterday’s near 70° weather it will catch your attention today…and there is still a bit of a breeze out there too making it feel colder. Top that with the clouds streaming into the area and it’s not going to be the greatest of days. Hey it could be worse…3+” of snow is possible in the TX Panhandle today.

The overall theme to the forecast though is a cold one…with a prolonged string of days ahead with below average highs…it’s a pattern that would be very cold in Winter…and potentially snowy as well. In the fall it’s chilly and predominantly dry with the exception of a few chances here and there.

Today: Mainly cloudy with some filtered sunshine at times. Highs in the mid>upper 40s

Tonight: Clouds and cold with lows in the mid>upper 30s. There may be some rain towards the S/SE of the Metro though…near and south of US 50

Tomorrow: Better with highs in the mid 50s

Saturday: Lots of clouds with a few sprinkles possible and some rain towards the S/SE of KC. Highs may be closer to 50-55° depending on the amount of cloud cover

Sunday: Not terrible but breezy and cool with highs in the 55-60° range.

This blog will be somewhat shorter…basically I’ve written as much as I can about what’s coming.

All the clouds streaming in though will make temperatures struggle today.

The 8AM surface map shows the colder air seeping into the area…yesterday we had SW winds…gusty ones too for about 5 hours or so…today though we have north winds…different ballgame.

Down south of here there is a cold rain falling too…

Let’s see how far north that activity gets later today and tonight…it will be fighting some of the drier air moving into the region from the north though.

Like I said though…it could be worse…this is the situation in the TX Panhandle. Also a reminder that if it snows hard enough…regardless of the time of the year…it will stick.

Colorado had themselves a decent snow yesterday, especially near and west of the Denver area into the mountains…I-70 among other roads was closed for awhile because of various accidents.

As far as the weekend goes…still watching Saturday for some showers close by…then Sunday should be OK but another cold front will be dumping into the area during the day…so it may be tough to get much about 55° with blustery conditions again.

Beyond that next week overall looks cold. This is about as strong a forecast signal in the longer range as the data will show…

There is still something to “watch” for next WED>THU on the EURO but again as I mentioned yesterday…little faith in day to day stuff except for the high confidence of the cold.

That’s it…told you it would be a short blog! Our feature photo comes from Becky Wilcox out in Raytown…some nice colors out there…but to me at least a lot of muted ones this year. 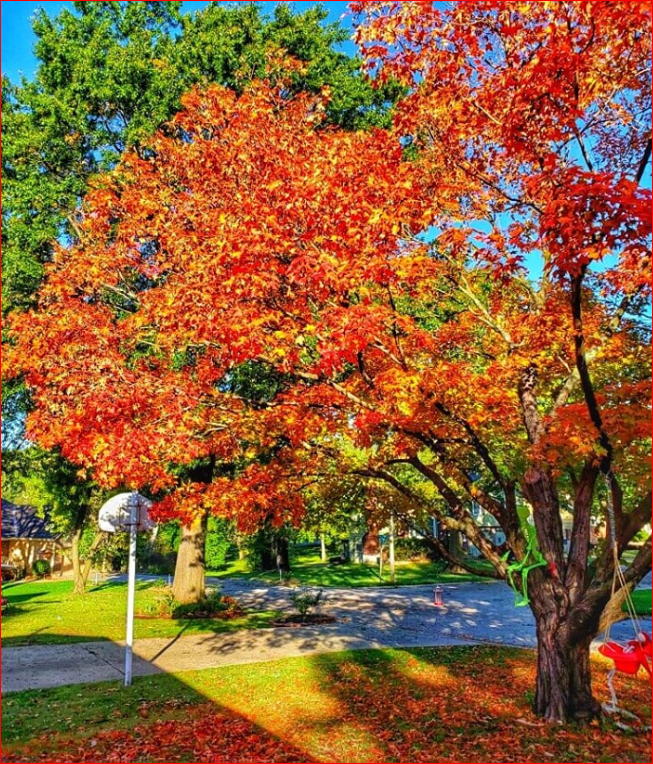