Good Friday to you…as we start the day with some smoke in the skies this morning via wildfires up in Canada. That smoke gave us a pretty sunrise as the sun’s light went through the smoke layer. Today’s weather will feature an increase in clouds…but overall pretty nice conditions. Tomorrow a cold front will be coming towards the area as we heat up into the mid 80s…cold fronts in May/June + mid 80s equals instability…and that means another risk of strong storms for some areas. More on that in the discussion. Sunday should be fabulous.

Today: Partly cloudy and seasonable with highs in the 80s

Tonight: Partly cloudy and milder with lows in the 60s

Let’s start with the smoke out there… 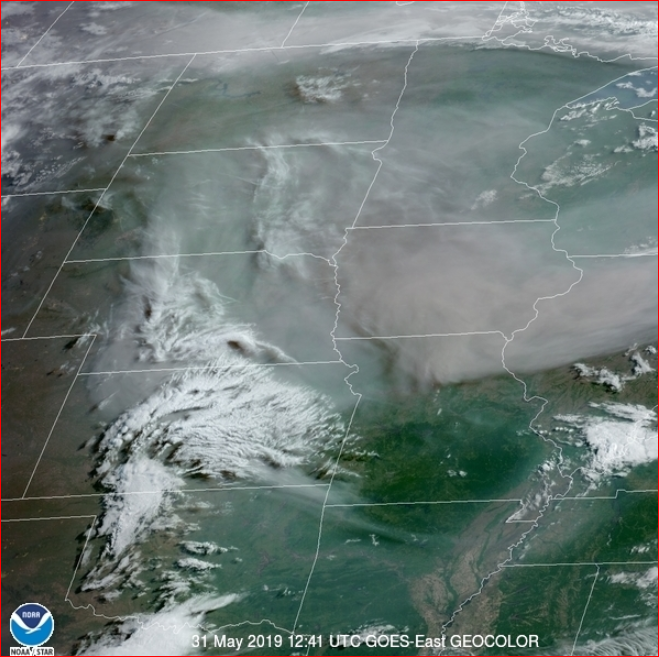 It shows up best in the mornings and evenings as the sun angle is still low in the visible satellite pictures. You can clearly see it in our region and where it’s more predominate towards NE MO and most of IA and northern IL.

Fires have been raging in Canada for days now…and the flow aloft has brought this smoke into the Plains.

Filtered sun…check out the smoke streaming into our area as seen on GOES East satellite imagery. Smoke is from wildfires in Canada. #newx #kswx pic.twitter.com/cvjZSdLBij

Weather folks are still sort of in recovery mode after the craziness the other night. At least I know I am…after that type of intense coverage…your brain is sort of just mushy…

Yesterday I shifted my focus back towards northern MO in the weathercasts as the ongoing flooding there is just awful. Since the year started 19-almost 30″ of precipitation has fallen up there. Obviously flooding is the issue…with rivers/streams/creeks at bankful or overtopping their banks.

All the red/purple dots are where the rivers are in moderate to major flood. Some of the rivers are nearing their historic highs. The Grand River at Pattonsburg is within a foot and a half of 1993 levels and in Chillicothe it’s within 2 feet of the record. 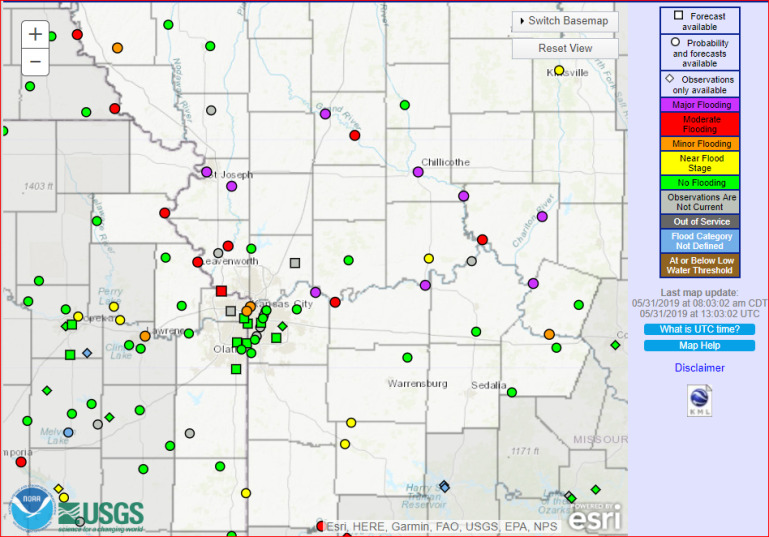 IN Waverly the MO River has NEVER been this high…it’s beat 1993 and also the record set back in late March. Take a look at this satellite picture…and you can see the flooded MO River. This is from 65 highway eastbound. 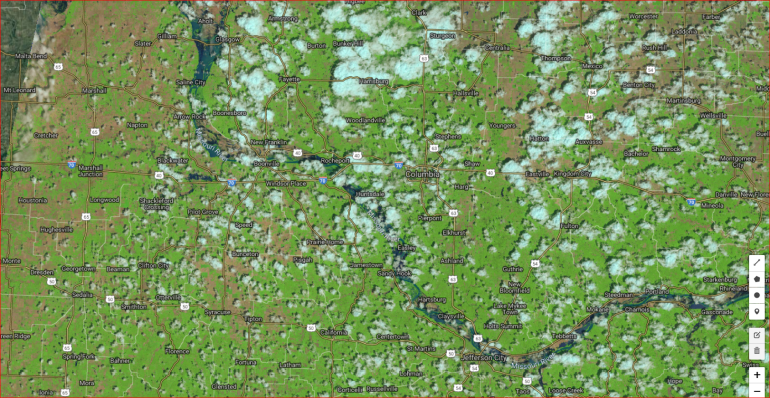 You can see the core of the flooding in this tweet.

Thought I'd do one for Flash Flood Warnings too.

So flooding is the thing right now as we recover from the tornadoes the other night. So busy these last couple of weeks as you can see below…here and elsewhere.

762 tornado warnings have been issued by NWS offices since May 15th 🌪 pic.twitter.com/Sy8MtMkuqF

Another way of looking at things is the amount of “slight” risks of severe storms from SPC…and tomorrow we have another one coming.

Extremely active pattern for @NWSSPC over the last 2 weeks. Some locations were under *at least* a Slight Risk 8 times since May 17. pic.twitter.com/uIFGyCiccB

The month of May will almost certainly lead to a multi-billion-dollar economic cost from U.S. thunderstorm and flood-related damage and/or direct loss. pic.twitter.com/U2uGWjTUHq

This year overall has seen a higher frequency of severe storms trending towards northern MO…as you can see at least by the warnings issued. 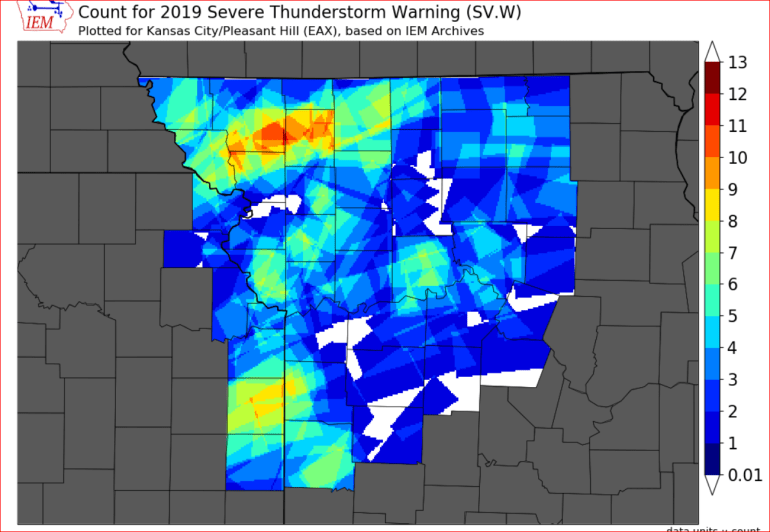 Meanwhile from a Tornado Warning standpoint… 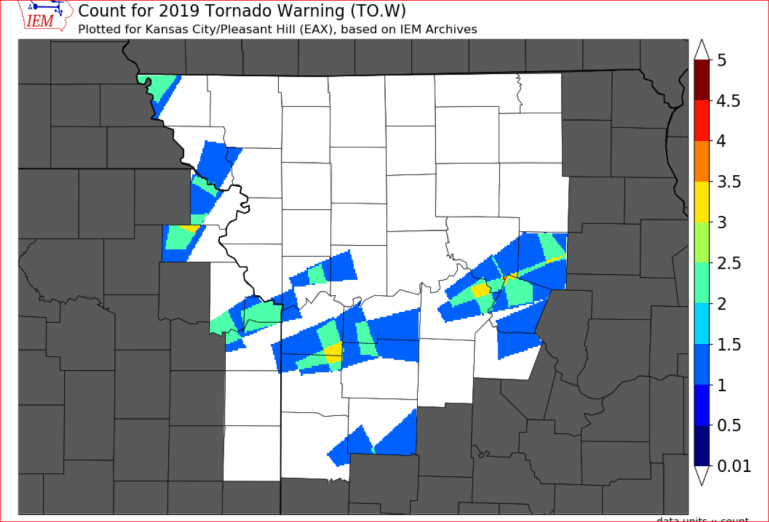 There will be heat and moisture building once again. as a matter of fact a run towards 85-90° is likely ahead of a cold front coming towards the region. The front will run into instability especially from near the KC region and southwards during the most favored time for storms…after 4-5PM.

This will create storms…the issue is are they in KC or just south of the Metro. That will be determined by the fronts position later tomorrow afternoon. With the front nearby…what storms develop could be strong to severe. We are under a slight risk for severe storms. 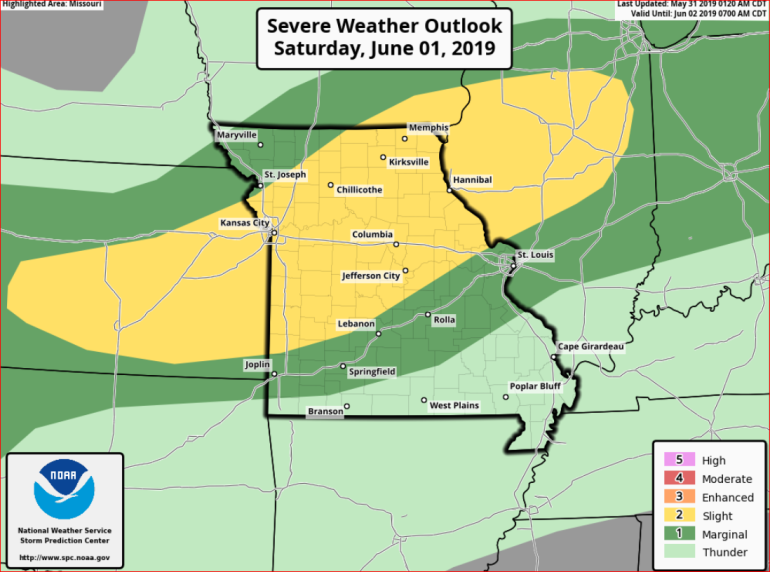 The main threats would be hail and high winds from the storms. Not a tornado set-up BUT…well you know.

Here is the hi-res NAM from last night…showing the initiation area…we’ll see how the fronts position fares. 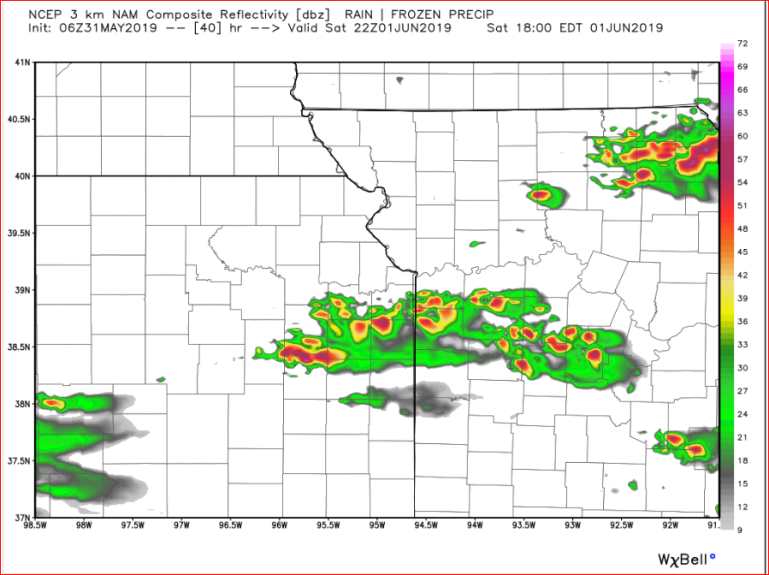 Storms should move towards the east or east south east.

It won’t be an all night thing…the window is only about 3-4 hours worth.

Our feature photo comes from Matthew Smith down towards Deepwater, MO…of the flooded conditions down there due to Truman Lake 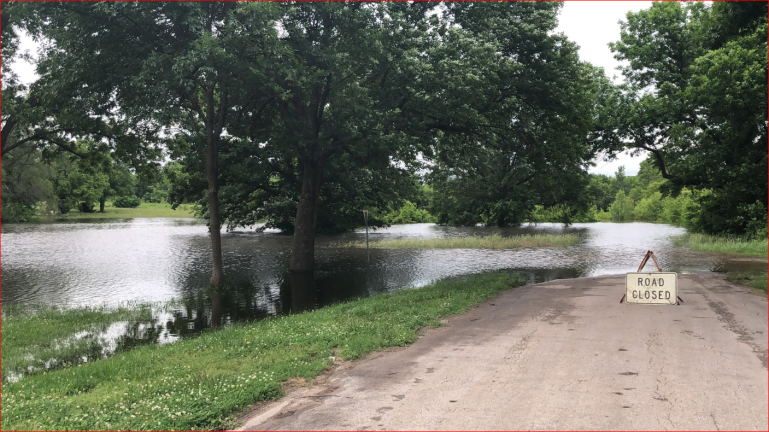