Do you remember what happened 23 years ago today…it’s the anniversary of the October Surprise snowstorm that moved up across SE KS and into western MO. 4-10″ of heavy wet snow fell…over the course of about 12 hours. I remember this day because I wasn’t working that day…the rain changed to snow…it melted at first…then it started snowing harder and harder…sticking to everything. Then the trees that were still loaded with leaves…sort of like today…started to accumulated the heavy wet snow as well.

From there the tree limbs came down on top of power lines…transformers were blowing left and right…power lines were arcing. It looked like lightning but in reality it was the power lines failing. Then the blackouts started. Some were without power for almost a week or so. I covered the aftermath along Ward Parkway the following morning…it was a mess.

Tonight: Clear and chilly with lows into the 40° range.

Tomorrow: Increasing clouds and milder with highs well into the 60s

Thursday: Turning cooler with higher rain chances SE of the Metro, but perhaps some chilly lighter rains from KC SEwards. Highs only in the 40s

Yesterday on FB I mentioned the difficult situation that a TV station was in, in the Dallas area on Sunday night. They were showing the Cowboys game at the same time that an EF3 tornado was ripping through the north side of the city…about 9 miles north of Downtown Dallas. It was doing destruction and happening at night.

The station chose to do cut-ins and cover the tornado(s) o the web and on FB it appears.

Some liked the move…many others ripped into the station for a lack of weather coverage.

In all honesty I had several conversations with my colleagues at the station yesterday about “what if”. It was agreed that we would’ve done things differently…and it was also agreed that we hope to heck we’re never in that situation when a Chiefs game is on our station. It’s a no-win situation…you’re going to tick off a lot of folks but that’s the price that has to be paid when you have something confirmed on the ground doing damage and threatening lives.

I noticed last night that the station ore or less issued an apology.

During Sunday night's Cowboys game, we made a mistake not immediately interrupting the game with a Tornado Warning. With severe weather, we know that seconds matter. We should have broken into football programming sooner. Full statement here. https://t.co/ODV4nqsMrt

Anyway…thanks to all who commented on my post yesterday about their thoughts.

The next weather change is coming tomorrow evening into Thursday as another cold front comes our way. This will usher in some pretty chilly air with some rain possible SE of the Metro in the afternoon/evening on Thursday. There is a risk some of that could come towards the I-35 corridor…overall just a chilly/raw day with temperatures probably in the 40s most of the day with a good deal of clouds.

As far as after that…there are still some questions about the weekend as the EURO continues to bring rain into the area over the weekend while the GFS/NAM combo is dry and pleasant. The Canadian has rain as well for at least parts of the weekend and this may well be the correct solution. I’m leaning towards a wetter scenario for the weekend…especially later on Saturday into early Sunday. It does not appear as if this will affect the Chiefs game on Sunday night but since this potential is tied to a cut-off low (maybe)…those things have a mind of their own…and any delay in the ejection of the system could create issues later into Sunday.

As far as next week goes…

The models have been sniffing some wintry weather towards or before Halloween…it’s doubtful at this point but it’s also something I’m watching…The EURO seems to be on this…and the GFS has had it at times as well…not worth posting maps on this at this point…perhaps later in the week…but it’s something at least worth putting into the “interesting” category. 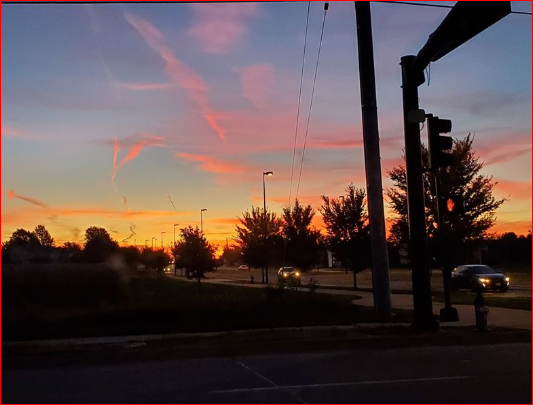