We’ve enjoyed some better weather lately and today will be pretty good too. There are/were some sprinkles around the region this morning but as I start this blog I”m getting some sunshine here at the house. The afternoon should be much nicer and milder as well since we’re starting pretty mild and there is little cold air coming in behind this weak front.

The next few days look mild too…so a brief reversal of what has been a long stretch of mostly chilly temperatures. The late Wednesday system shows promise of being our biggest rain-maker in KC in well over a month. We need some moisture out there and it might be a good time to get some winterizer down. I may do that this week before Wednesday.

Tonight:Fair skies and chilly with lows near 32°

Tomorrow: Should be a mostly cloudy day with highs in the 50-55 although clouds may be around and I can’t rule out a few sprinkles somewhere.

Tuesday: Milder with highs near 60°

It’s been a cold month of November (overall) so far. We’re running 8° below average through the 16th. That’s the 9th coldest start to the month in KC weather history (going back to the 1880s) 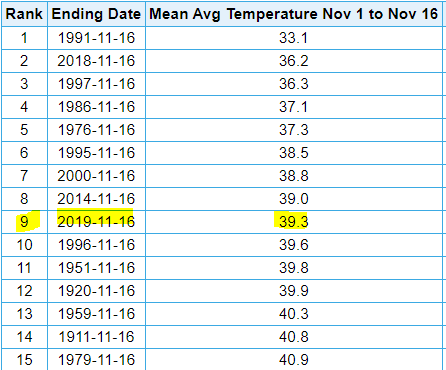 Last November though (through the 16th) cor comparison was much colder. 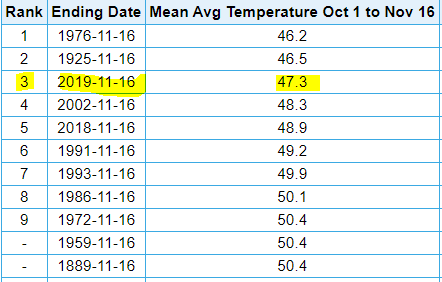 It’s also been pretty dry…the last significant moisture we had was back in the 1st week of November. 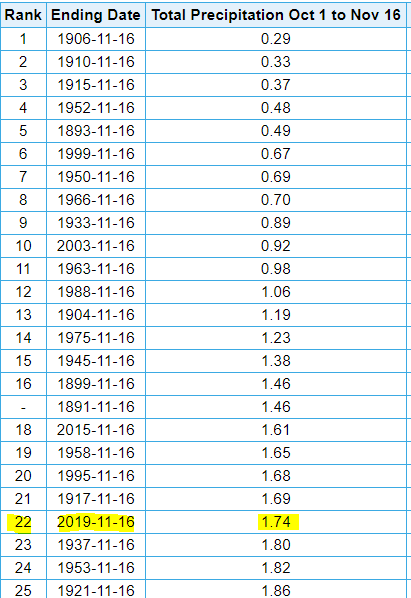 So chilly and dry…oh and snowy too. 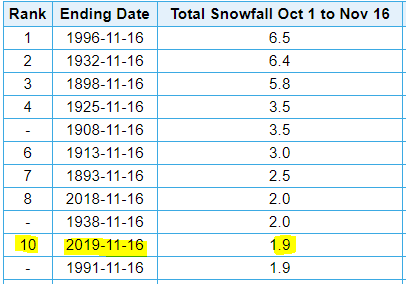 As far as the moisture situation goes…there are a few things that will be increasing the rain chances this week…mainly later Wednesday into early Thursday.

That thing isn’t doing much now though…there isn’t a lot of moisture entrained within the circulation at this point. It will sit out there for the next couple of days…

It’s waiting on another system to come into the western part of the country…that is still out towards the south of the Aleutians south of Alaska.

It’s the swirl way north of HI and south of AK. That will move into the PAC NW later Monday night…and split. One piece keeps moving eastbound…while another splits off and drops into the western US and heads towards CA.

As that happens it will strength and help to “kick out” the other system towards Baja CA. That “other” system will be the one that should give us at least some rain locally later WED into Thursday AM.

The the system that is in CA (the one that is out in the central Pacific now) which had split up…comes into the Plains next weekend. 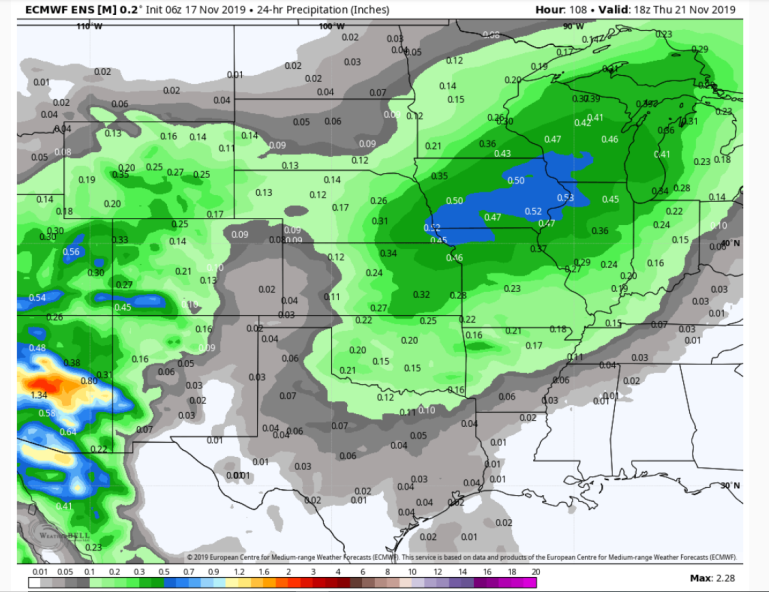 Then the final part of the storm comes next weekend..maybe Saturday. We may see some additional rain with that. It’s worth noting that the atmosphere will be colder when this final piece comes into the region next weekend…something to pay attention too.

The feature photo today comes from Sheila Jackson‎ out in Lexington, MO. That is fall right there! 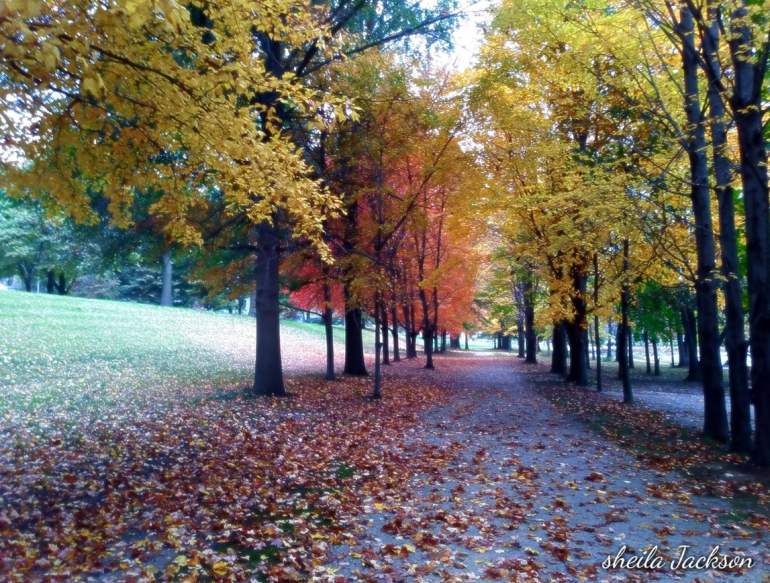 Healthy ways to cope with stress during coronavirus pandemic

It was nice to take a few days off despite these crazy times we're living in right now. Took a walk...played a couple of days of golf...did some bbq...but boy it's tough to totally disconnect from the craziness out there.

With that said...back to work today...and there is weather to talk about. A shift to a more southerly wind will develop tonight into Wednesday and as the winds pick up the temperatures will increase for a couple of days...then a decently strong cold front will come through Friday morning and send temperatures down for about a day and a half or so.

Distance learning’s nothing new for this Overland Park karate school

‘Top Gun Maverick’ postponed to December due to coronavirus

Drop in sales mean Powerball jackpots will get even smaller

Distance learning’s nothing new for this Overland Park karate school

‘Top Gun Maverick’ postponed to December due to coronavirus

Drop in sales mean Powerball jackpots will get even smaller