Good morning…skies have turned cloudy as expected and temperatures will be warming up as the morning unfolds. Our low this morning was a balmy 54° and we should get at least a 10° warm-up, maybe more, as the morning turns to the afternoon. This issue isn’t really the temperatures (today)…but instead the rain/storm potential…and that is still there for the afternoon time period. Even as I start this blog there are questions in my mind about how widespread the rain will be this afternoon locally at least. Regardless…bring rain gear to the game/tailgating to be on the safe side.

If you are a gardener…remember a hard freeze is coming Sunday AM…and another freeze Monday AM.

Today: Cloudy skies with highs around 60°…although IF we start seeing some rain this afternoon the temperatures may trail off as the late afternoon moves along. My feeling is that they’re going to get this game in today and not risk tomorrow’s weather.

Tonight: Cloudy with off and on showers and lows closer to 50-55°

Tomorrow: A cold front works through and temperatures may actually fall off during the day.  Rain will be on the increase in coverage as well..overall a raw day likely at this point.

Saturday: Still some sort of rain/flake mix in the AM Saturday…the perhaps some PM clearing with highs 40-45° possible

Sunday: Hard AM freeze then sunshine with highs well into the 40s

So as we start this morning…things that I talked about last night are sort of coming to fruition. I still don’t have a ton of confidence about how widespread the rain will be during the game itself. We’re starting the day with new convection bubbling across KS…this is what I was expecting last night…and is a cause of concern.

Some of the storms before 9AM were capable of producing some hail too. There have been a few warnings mixed in. The cells are moving towards the ENE. Let’s switch back to KC radar.

These radars will auto update as the day moves along for you.

The issues are many…there is a disturbance coming through the Plains. This is what I talked about last night…and in all honesty it looks like the core of that disturbance will pass north of the Metro…hence the reason why we’re seeing the most coverage of the rain (this morning) across southern NE.

The issue is the trailing line going southwards. As that line comes eastbound how it holds together as it runs into a somewhat less favorable environment aloft will be a key to the rain for the tailgating and onwards time frame. IF it does hold together…then conceivably we get a pop of rain and then things settle down for a few hours…which actually could work out for the Royals.

Usually I’d show the HRRR and I will again this morning but as I type this up…the HRRR has very little sense of what’s going on with that area of storms through 9AM…in other words it’s not “resolving” this line well as the model runs start. Over the next two hours it should “see” this line better I think.

This model is run every hour for 18 hours (sometimes it goes out longer) and again you have to compare now to what the model “shows” for now to see how the model is resolving the atmosphere…especially the future radar products.

So this is what you do…compare the actual NWS radar views above to the forecast radar from the model…this will tell you if the model is “seeing” reality…believe it or not…sometimes it doesn’t.

Then what comes through IF it comes through…will potentially then create sinking air behind it…perhaps helping to create some breaks in the rain…that’s why I think they’re going to fight through getting the game in today.

It’s just one of those days where you’re have to watch radar and plan accordingly.

The other issue for the day is IF we get unstable this afternoon and IF we get some convection…there could be some hail with whatever fails. The SPC has placed the region into a “marginal” risk category.

The threats are mostly 1″ and some potential wind…especially on the MO side of things. Iffy but worth watching.

There is a surface low developing across western KS this morning.

This surface low will be moving through KS tomorrow and then into MO later tomorrow…probably south of KC. This will result in a wind shift/cold front coming through the region at some point tonight…and that will be rain cooled air to the north flowing southwards overnight into Friday.

Assuming the front is south of KC tomorrow…we should be in the colder air and a NE/NNE wind regime. That is a tough nut for us to warm up…and it’s a rain set-up as well making any warm-up tougher to achieve. We may start the day close to 50…but I won’t be shocked IF we don’t fall back into the 40s. Typically only certain models handle these colder air scenarios better…

As this system passes south of KC…areas towards the SE of the Metro will see warmer weather, especially south of US 50 towards the Lakes region. There should be unstable air down there depending on how warm it gets (which if there are a ton of clouds may not be a lot) so storms may or may not fire down there too later tomorrow.

For us…again it’s a set-up for rain and assuming some sort of disturbance comes across KS at some point tomorrow there could be some heavy rains…perhaps not an all day rain…but enough that a plan B will be needed at times and the reason why I think they’re going to fight through today to get that game in.

On Saturday the snowflake risk is still there BUT I think at this point it’s just curiosity type stuff. I don’t think it’s sticking snow…and we may be above freezing when the snow happens…and some of the data this morning isn’t even that thrilling for that potential…but it will be colder.

At least we’ll have yesterday…the warmest day of the year so far…and the warmest since late October of 2018. That was a long time coming!

The forecast for KC tomorrow is 70 degrees. We haven't experienced 70 degrees in KC since we hit 72 on 10/19/18. If we hit it tomorrow that will tie the 8th longest stretch on record. On average KC experiences its first 70 degree day on March 4th. Ummm, we're a little late! pic.twitter.com/itaA8fWvfV

The folks from People of Cowtown have the perfect shot for today. Go Royals! 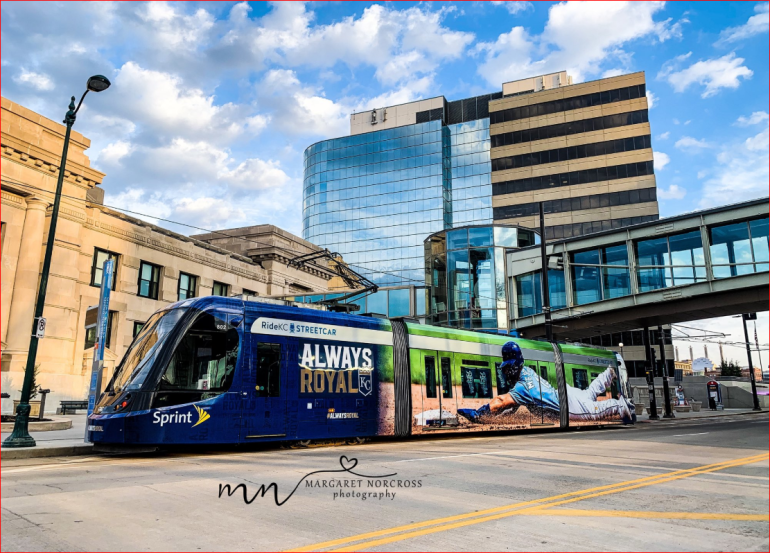