So let’s start this blog off with something that I talked about last night…an that is what percentage of the days, since November 1st, were above and below average through the 24th of March. It was part of What Your Weather App Can’t Tell You and the idea came to myhead after doing a bunch of research for one of my twitter followers. I was surprised by the answer.

I think the perception of the last 5 months is that it’s been crazy cold and it’s been that way almost every day. What I discovered though was that the number of days BELOW average was 54% with 41% of the days above average. I was expecting a bigger percentage on the below average side. 5% of the days right at average. I think people don’t remember that there was quite the run of milder days in December into January for awhile. Meanwhile my thought is that the 54% of the cold days were really cold…like well below average often times…whereas the above average days were just sort of “meh” above average…especially after January.

Perception is a funny thing.

Today: Partly cloudy and milder with highs well into the 50s..with a few 60s out there where there is extra sunshine

Tonight: Fair and cool with lows near 40°

Wednesday: Windy and warmer with highs well into the 60s to near 70°. Winds may gust to 35 MPH in the PM

Thursday: Some rain/storms likely. There are still some questions about the timing of all this and it’s impact for Opening Day. I would plan on at least some rain for either tailgating or the game itself. Highs again will be well into the 60s depending on the timing of the rain and it will be windy too.

So far there haven’t been any dramatic changes in the last 24 hours with regards to the storm coming later in the week. Here is what we know.

The warmest weather of the year is coming…probably starting Wednesday. I think the highest we’ve been is 66° last week on the 22nd. We should be warmer.

Winds will be cranking. This is typical of the Spring season…especially March into mid May. There is a lot of air mass moving going on around the region here in the Plains and wind is a by-product of things. Gusts tomorrow especially should be close to 35 MPH and tomorrow night the winds a few thousand feet above us will be over 55 MPH…we’ll see how much of that wind works to the ground…it could be VERY windy Wednesday night too.

Rain is likely at some point on Thursday. There are timing questions though. Will be be before the game or during the game? That will have to be figured out…heck it could be both for that matter although right now I don’t think it will rain ALL day..but I’m NOT confident on when the rain will hit or not hit right now.

More rain is likely on Friday. Overall the potential for 1-2″ in places is certainly on the table.

Severe weather risk: Sort of muddled…right now nothing overwhelming for us locally BUT there could be changes, especially for the Friday set-up. Winds/hail would be the main threats at this point.

Flooding concerns…this will be a two day wet storm….and the atmosphere will be pretty juicy…that means some locally heavy rains are possible. One thing initially helping, at least on Thursday is the fast movement of the storms that do form. The MO River is easing back after setting record highs in Brownsville…Rulo…St Joseph…and Waverly over the last week. The added heavy rains will create new rises in the River and will need to be watched. 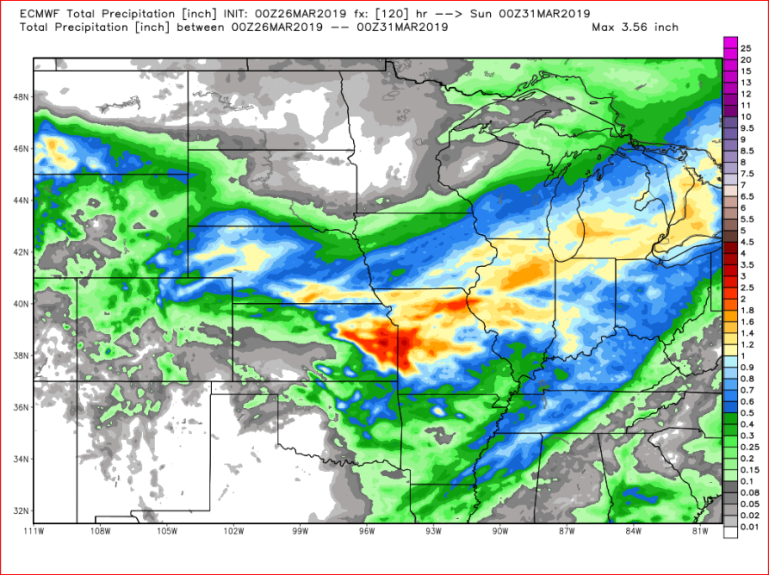 The GFS has it near and north of here… 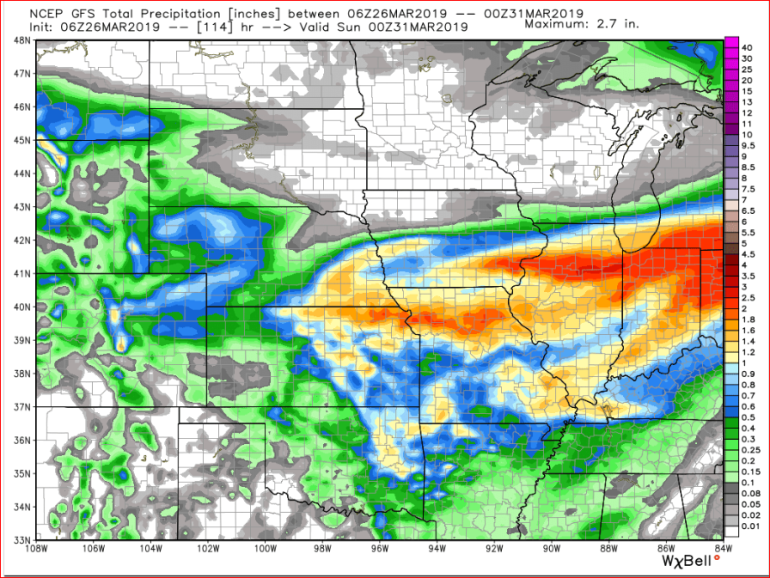 Either way it’s impact on the MO River basin will need to be watched, especially from the NW tip of MO down the River towards KC.

Colder weather and a hard freeze coming over the weekend. I still wouldn’t be shocked IF there were some snow flakes out there somewhere on Saturday morning…perhaps towards northern MO? The issue for the weekend is the colder air. Mid 20s are likely on Sunday AM and another freeze on Monday AM…gardener’s take note.

The whole storm is out in the Pacific Ocean…

How this thing reorganizes into the Rockies on Friday will give us some clarity for the end of the week.

Our feature photo comes from Cassidy Russell up towards Missouri City. 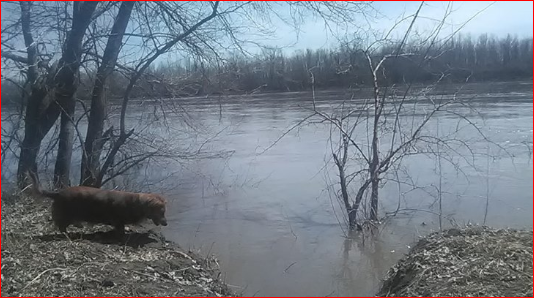