More rain and wind overnight…some power outages because of the saturated soils (and the wind) and overall miserable weather has been the situation since yesterday evening. I will say…seeing near 45° weather in the back half of May and that happening with rain and storms is a bit jolting. There was so much to talk about yesterday on the air…that I never got around to talking about the late May snowstorm that affected Colorado. It was snowing pretty good in Denver last night…and Colorado Springs has had over 6″ of snow. Then there were the tornadoes in OK and west TX…and the flooding in OK and into SE KS. There were some late afternoon tornadoes in SE KS/SW MO as well…near the Joplin region…so much weather.

For us…another 1.5-3.5″ of rain (some with more) fell. There has been some flooding too although we never really got into the heaviest rates of rain. With that said the persistence of the rain has allowed the amounts to add up and flood warnings are becoming more common this morning. Today radar is still lit up and some strong winds are possible with the storms as the morning moves along into the afternoon.

Today: Rain/storms will move out of the region around 3PM. Tough to really warm up till after that happens…but by the end of the day we may get into the mid 60s

Tonight: We should see clearing skies and breezy conditions with lows in the 50s

Wednesday: Overall OK with highs near 80°. There may be some scattered storms at night though

Thursday: Some AM storms likely then variable clouds with highs near 80°

This rain is affecting many things…businesses that rely on outdoor business are not happy campers…conditions are so wet that we’re going to have a tough time drying out for another week because of repeated rain opportunities…and this will just keep coming for quite some time. Another 3-6″+ of rain certainly is possible through the 1st week of June.

Farmers who have taken such a hit from all this weather are having a tough time statewide getting their crop in…I saw this information regarding the soybean/corn crops and how far behind they are.

Just a mess of water and mud out there…

There were tornadoes yesterday in OK and TX. The strongest one was towards Mangum, OK in the far western part of the state. There was also, what appears to be a strong tornado that occurred overnight in Leach, OK…so far no reports of a lot of damage though.

Some of the most incredible videos we receive are from the viewers, right outside of their homes! This is a video of the Mangum tornado earlier today from Dawson Henry. @kfor #okwx pic.twitter.com/iW3KyofNkp

In Oklahoma, not even our horses are afraid of no naders.
Photo sent in from Kimberly J. in Mangum. #okwx pic.twitter.com/1MH677Lt5a

Video of tornadoes in MANGUM, OK earlier, including a large tornado that caused substantial structural damage west/northwest of town. We were unable to deploy the rockets after a few hook slices, then got stuck behind the monster line of storm chasers @chasinspin @skyforcex pic.twitter.com/9giIxyuYSZ

Those in Midkiff and north of town need to take cover right now!#txwx pic.twitter.com/76wUdj0TFR

So it was active…

I think though in the end many thought it would be even a more violent day which thankfully it wasn’t.

So as far as we go here in the Metro…let’s start with radar.

The temperatures are chilly…only around 50° as I type this…and it’s going to be tough to get too much warmer through the middle of the afternoon. In the following map the temperatures are in RED…that’s some chilly air from all the rain and overturning in the atmosphere.

In Johnson county where rainfall data is readily available in map for…this is the situation with additional rains coming today. 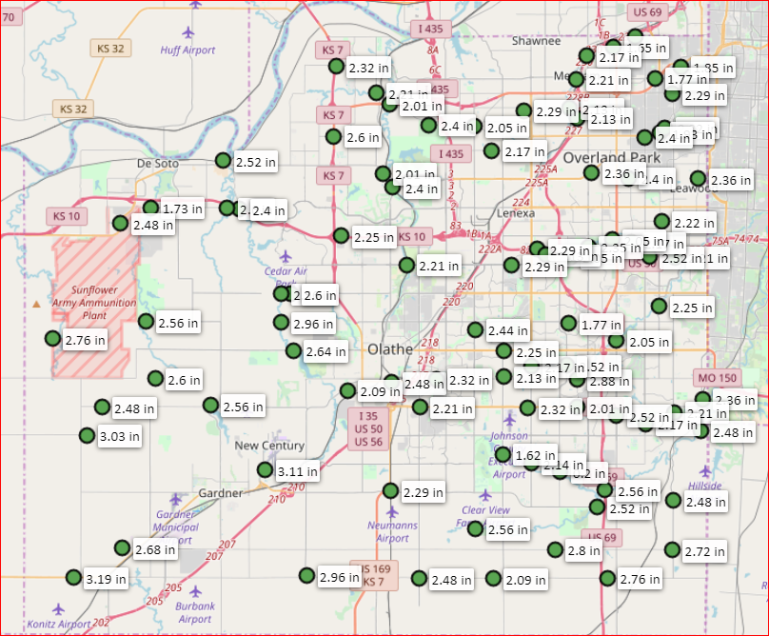 The only concerns I have about future storms in the Metro and eastbound is this…as we go up to about 5,000 feet early this afternoon…where the low level jet stream will be close to 65 MPH…IF there is convection moving through…there would be a chance it might tap into those stronger winds…especially on the east side of KC…worth watching. 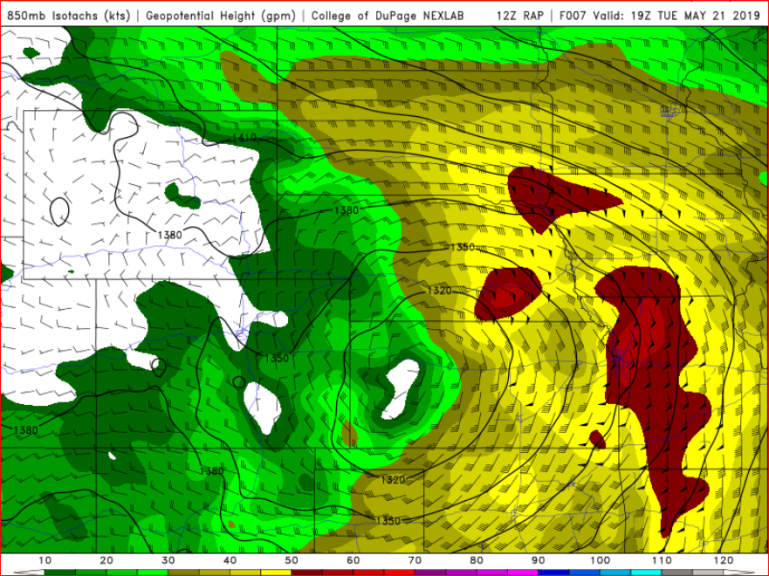 and I more or less agree with the outlook from SPC.

Sometimes you can get brief spin-ups with this situation…again this looks more likely (if they even happen) off towards 65 highway or so towards the east of KC…if not even farther eastwards later this afternoon.

So…. you think #summer is right around corner, eh? Ask someone living in Colorado Springs or the nearby Rockies this morning and they'll gladly send you a #spring #snowball? Check out the slushy view: https://t.co/aPhU8akz2F #cowx pic.twitter.com/9ny8N4VrMQ

This is all coming about because of this…

We’ll keep an eye on things…

Our feature photo comes from Gloria Ginn Eslick‎ down towards Mound City, KS 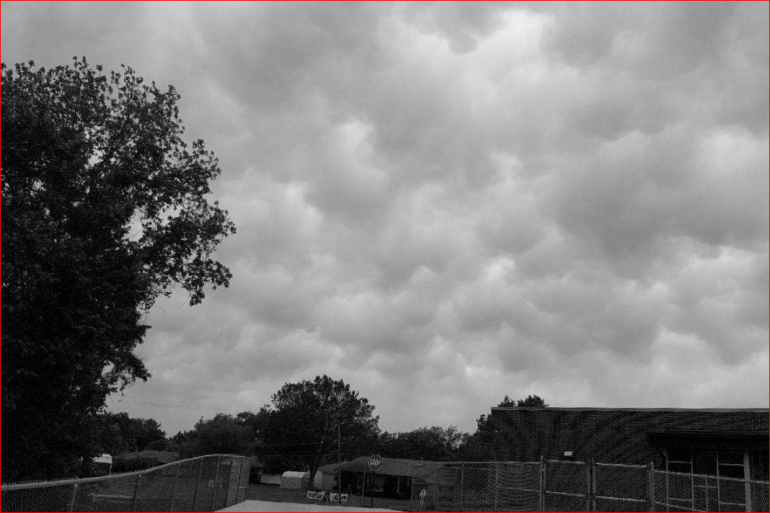