Mother Nature treated winter weather lovers with an appetizing snow yesterday…sticking in the evening and amounting to a pretty solid 1-2″ or so areawide for  many folks. It was really coming down last night for awhile and adding up. I need to go out and measure after this blog is done but it sure looks like 2″ on my deck. We broke a record for the most snow “officially” in KC for the 30th of October with 9/10″. NOt an October record though…the October “Surprise” snow from 1996 still holds that record.

The other issue then was the cold..it was a race overnight to clear out…or hold onto the clouds…we cleared out and the temperatures crashed into the lower 20s…impressive as well. The record of 17° will stand though.

Overall with the perspective of this being OCTOBER…this was a very impressive and noteworthy snowstorm. By mid-winter standards…meh…but by not even Halloween standards…wow!

Today: Sunny and chilly with highs around 40°

Tonight: Clear and chilly but perhaps not as cold…lows in the 20s

Friday: Partly cloudy and breezy with highs in the 50° range

The Weekend: Nice overall…cool on Saturday with highs in the 40s…then approaching 60° on Sunday.

Well let’s start with the snow reports…received through 8:30 this morning… 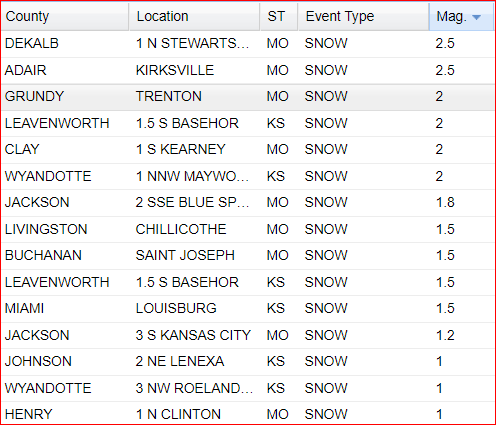 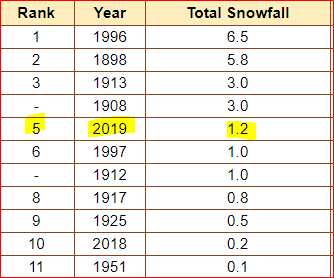 So obviously you want to know how that correlates into what happened in the winter and if you’re a snow-lover…well you may want to get excited…of the 4 other winters 3 were big producers…and the one that wasn’t (1908-09) is missing a lot of data for part of the snow season.

1996: 29.2″ (remember about 6+” was the October Surprise…so really it was a little above average after that

1908: 13.2″ (missing numerous days in OCT and NOV of snow information…but the data is more reliable from DEC>APR and there was only 10.9″ in that timeframe…so we’ll just say below average)

So 3 out of the 4 previous snow seasons we’re bullish for the snow.

I think this was overall a well predicted system over the last 5+ days or so…it’s not that anyone was surprised…I thought overall the messaging was pretty good. I thought my one big key to the forecast on Tuesday was perfect really…when would the snow stick? During the day (it didn’t) we’d be closer to 3-4″…after sunset (it did) we’d be more in the 1-2″ range…and the latter happened to a tee.

To be fair I had a healthy skepticism that this could happen about a week ago…but I was gradually coming off that as we got closer and actually started getting pretty bullish about the potential.

Human forecasters vastly out-predicted computer forecasts for the actual totals. The computers had a tough time trying to figure out the transition times and the precip types…and were over-generating the snow. The GFS in particular was gruesome with the extremes.

I saved a few of the model forecasts from 48 hours before the snow…so let’s grade them strictly for our local area.

Let’s start with the EURO… 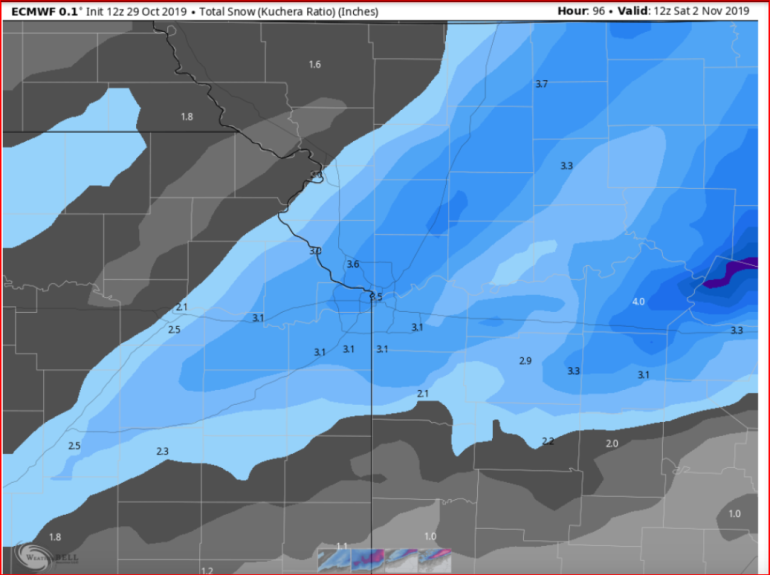 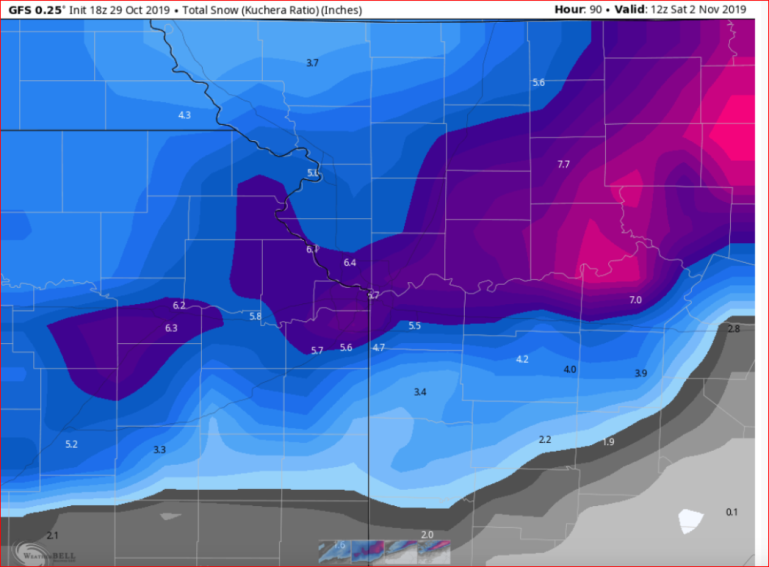 Grade D- (F grade for many of the previous runs)

Now the ICON model which is a German model 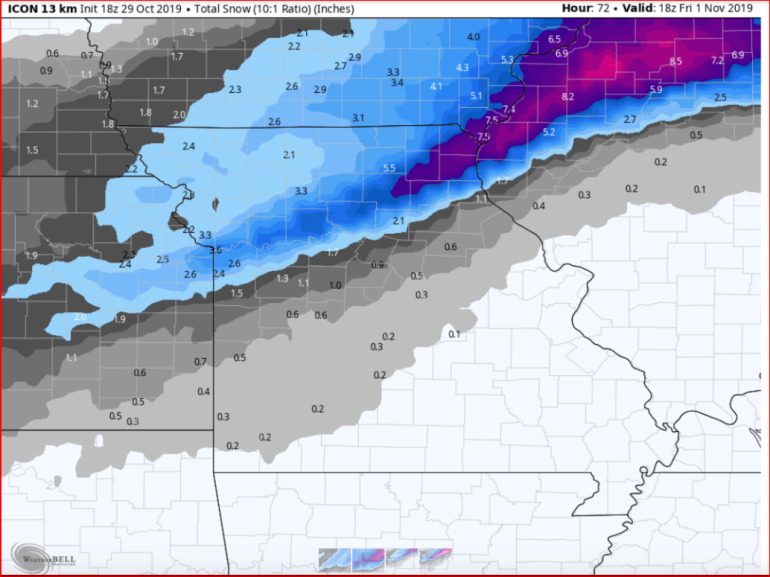 Grade: A-…it did OK for us and good for areas NE of the Metro towards NE MO…some 5″ totals confirmed up there. 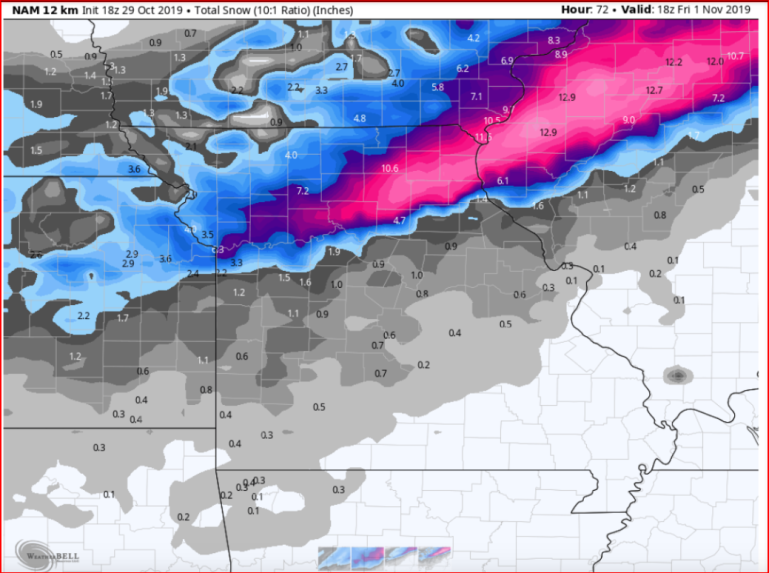 So us humans were in the Dusting-2″ range as a forecast (mine from Monday night) and in the 1-4″ range on Tuesday night with the caveats mentioned above above the sticking snow timing.

Overall I’d say the humans get an A grade…

Of course now that means we’re having a “white” Halloween…in places where they should be having one…their not.

Halloween used to be reliably white in Fairbanks. No more: 2019 is the 4th consecutive year with Oct 31 snow depth less than 1" (2.5cm) at airport/in town. Before 2016 just 5 Halloweens in previous 85 years were snowless. #akwx #Halloween @Climatologist49 @joshdryer @newsminer pic.twitter.com/rhiMRwna7v

Stat of the day…this is only the 2nd #Halloween in KC weather history with #snow on the ground (more than a trace) when the observation was taken. 1912 is the other one. Both cases: 1" jl

Decent but cool weather for awhile and more cold air lurking…and right now…I would not be shocked if parts of northern MO sees more snow next week…iffy but there is a way. 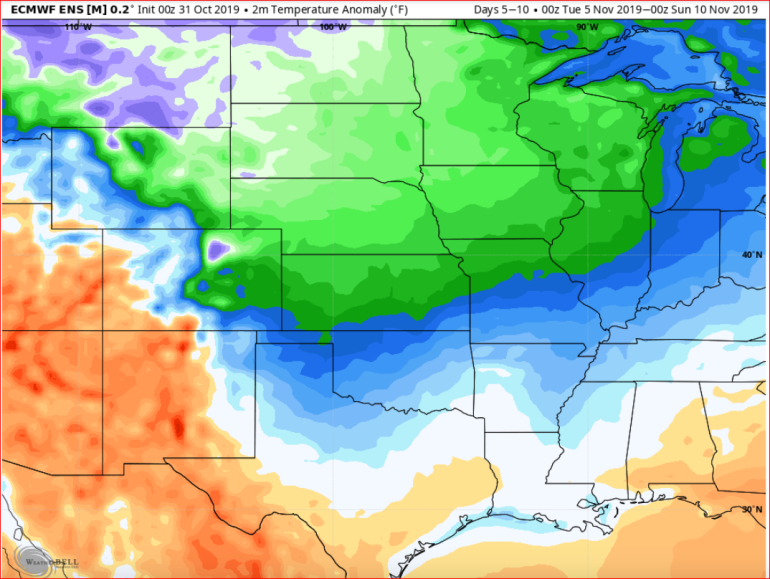 That’s 10-15° below average again…so after Monday it’s back to colder weather again…and the data may play catch-up to what’s coming too. The GFS isn’t as cold BUT it’s recent bias in moving systems too quickly eastwards is not working in it’s favor at this point in my opinion.

So enjoy the more comfortable weather on Sunday and Monday because most of next week will be cold again.

OK so it’s been a busy time…blogs and a lot of late nights with sports and not a lot of sleep…so we’ll rap it up for today…enjoy the winter wonderland while it lasts.

The feature photo is from ‎Savannah Whitesell‎  down in Spring Hill. 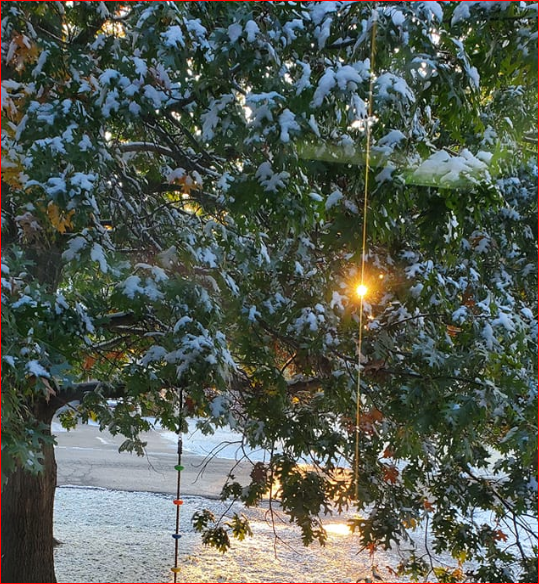