Overall the storm behaved rather well and with widespread 2-3″ of snow in the Metro…and perhaps a few with a bit more than that in the Metro…the forecast played out rather nicely…from the changeover time to the amounts…to the main timing of impacts…the snow continues on the MO side especially and another 1-2″ is possible bringing some places closer to 4-6″ which I expected last night.

It will take awhile for the snow to wind down on the MO side especially.

Today: Snow through early afternoon…perhaps even mid afternoon on the MO side east of KC. Highs stagnant and may actually drop a couple of degrees.

Tonight: Cloudy with temperatures in the upper 20s

Sunday: Perhaps some cloud breaks…but not the greatest day with highs in the mid 30s

It was a fascinating play out of radar last night as the storm circulation was working towards SE KS. The radar returns started to blossom during the early evening north of the Metro…it had been snowing for most of the day in Northern MO. So the colder part of the atmosphere was not that far away…as the storm’s circulation started to ingest that colder air…the snow transition began in earnest here in the Metro around 8-9PM or so…then spread southwards through 11PM.

It was coming down pretty hard for several hours…and we received a quick 1.5″ of wet heavy snow up at KCI by 12AM.

KCI has had about 3″ overall from this…and that seems to be a pretty decent accumulation in the region as an average. Lighter totals farther west though on the KS side towards Lawrence and Topeka.

Road temperatures were actually a couple of degrees warmer for awhile…so the roads put up a fight. The air temperatures just sort of fluctuated in the 32-34° range. That too helped a bit before the snow rates became too much and the melting snow gave way to a slushy accumulation on the roads.

Here is a broader view…through 6AM this morning…of the past 24 hours. 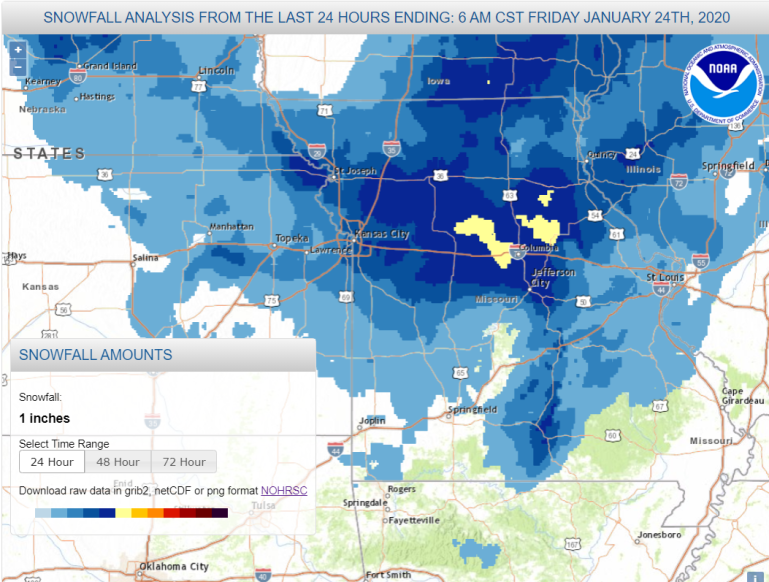 The yellow represents 6″ and the darkest blue shows 4″totals. 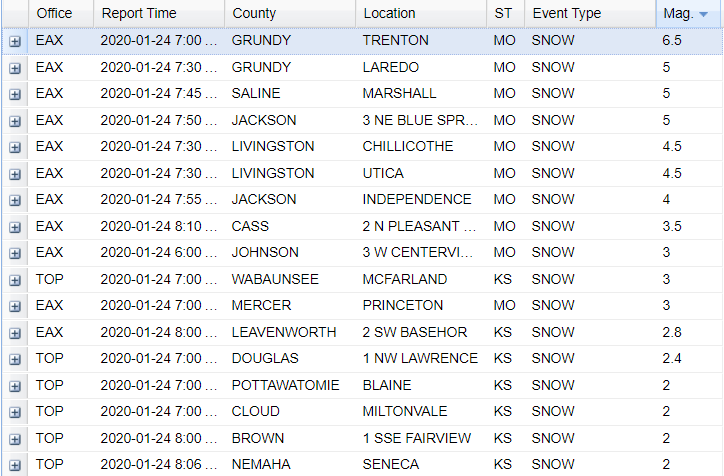 Radar still showing snow out there this morning…

There is a LOT of moisture to the west of the area…in the form of low clouds…I just have this feeling that the clouds…combined with the snow cover on the ground…means a lot of clouds over the weekend.

There might be some breaks later tomorrow…we sort of go into a light downslope west flow…but more clouds should fill in overnight Saturday into Sunday. Temperatures without the snow…and with sunshine could’ve been in the 50s…but it just won’t work out that way in the area. IF it does…Sunday could outperform my forecast high of 35-40°. 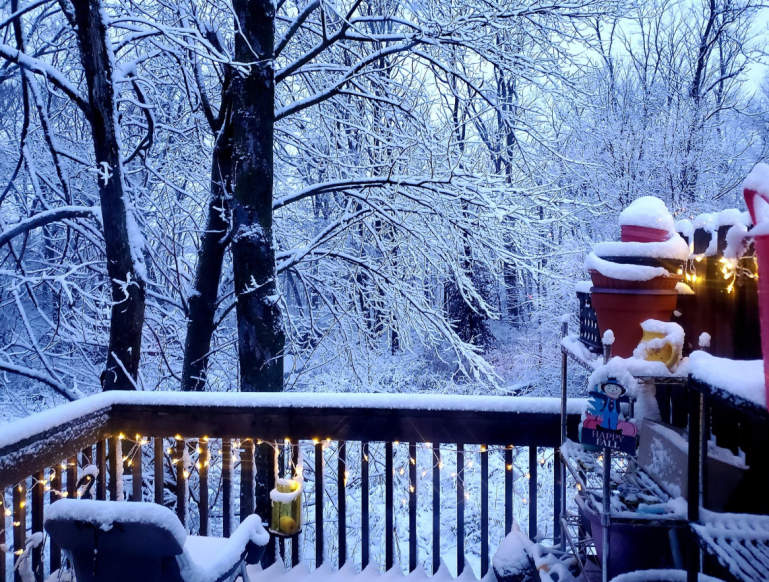 Doubtful weekend blogs…although I do want to get a climate related blog out there with the release of a lot of interesting data over the past 7 days or so. With our active weather it’s been impossible…

And yes…we may need to watch Tuesday for the potential of some rain/snow combo thing.