A lot of bleary eyed Kansas Citians today. What a great day for the city and what a great comeback game yesterday evening.

Spring had a cameo appearance…we got up to 65° with upper 60s on the southside and 70s west and south of KC. Numerous record highs were set in the Plains and elsewhere. We just didn’t have enough wind…only about 5-10 MPH…it needed to be double that for KCI to get to potential. In some ways though a lot of folks were appreciative of the lack of wind out there since it felt so good.

Today we have a front sort of draped in the area…areas south of the front start the day near 50° while areas north of the front are in the 30s. The contrast will strengthen today with 30s north and 60s south. The Metro will be in that zone…especially on the north side. Clouds will also be more predominant in the skies today as well.

After today it gets colder and more wintry with snow and perhaps some freezing precip possible later tomorrow into Wednesday morning.

Today: Variable clouds and mild with highs in the 55-65° range depending on where you are in the Metro from north>south. Temperatures will start falling this afternoon on the north side spreading south through the Metro towards rush hour and this evening.

Tonight: Turning colder later this afternoon and tonight with dropping temperatures through the 30s this evening. 20s by daybreak.

Tomorrow: Going about nowhere with highs in the 20s to near 30°. There might be some freezing mist/drizzle but snow will be developing. Mostly light but it may pick up tomorrow night.

Wednesday (Parade Day): Periods of light snow possible. Cold with highs near 30°. Depending on the situation with the snow Tuesday night there may be travel issues Tuesday evening and Wednesday morning. 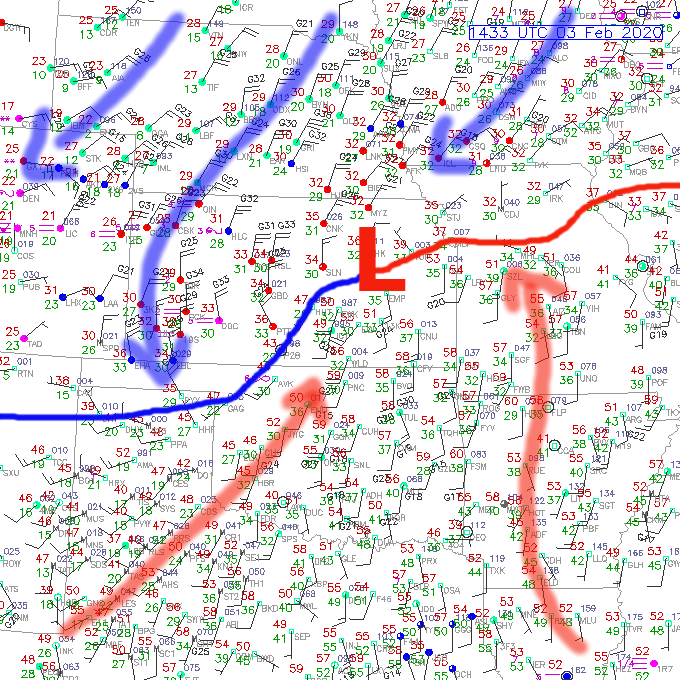 There is a surface low with limited moisture to work with in eastern KS that will ride towards the ENE today. As it does so warmer air on the south side of the Metro will creep north about 25 miles or so…then after the surface low passes and the winds behind the low switch towards the N?NW temperatures will start dropping. There is a lot of cold air across northern MO…nothing crazy…just cold compared to areas south of I-70.

In the above map the temperatures are in RED. Notice the near 60° air south of KC at 8AM this morning!

You can see the lower clouds up there and slowly oozing southbound. Those will move in later this afternoon and tonight and signal the arrival of the next weather change. The colder change moving in.

So that’s a given.

Next up are the winter precipitation chances.

Tonight there will be moisture above 18,000 feet…moisture below 5,000 feet and not a lot in between. That will need to change tomorrow to get something more than freezing mist/drizzle to develop.

What we need is some lift to help set the air into rising motion…to get condensation to happen in that “dry” layer…or have moisture come up from the southwest to fill in the dry layer that exists.

That is going to be a process tomorrow. Hence why it may take awhile, despite the gloomy skies and the cold air to get something going.

Eventually things get saturated and snow should start later in the morning or early in the afternoon. That means that there may well be PM rush hour issues tomorrow with some light snow falling and temperatures in the 20s.

In terms of how much snow is expected…at this point a dusting to 2″ seems like a reasonable 1st starting point.

The next issue is what happens Wednesday.

Wednesday is obviously one of the historic KC days…and schools are already cancelling because of the parade. The issue is the road conditions and any additional snow that may fall making this messy process much messier. Remember the gridlock in the city when the Royals had their parade…and that was an early November day with unseasonably warm temperatures in the 70° range.

Add in snow the day before…and potentially some light snow on Wednesday and that is trouble.

I’m sure there are reasons why this has to be on Wednesday but boy it would see,m Thursday would be a somewhat better day to have this…heck we may be even warmer on Thursday depending on the snow cover situation. Right now I’m not expecting a lot of sunshine on Wednesday, if any…till later in the afternoon. That combined with temperatures in the 30° range and folks outside for hours on end isn’t a pleasant combination.

There could be a way sort of out of this…IF the lift is even weaker later tomorrow into tomorrow night then the light snow will be even lighter…so perhaps we end up as a dusting or less than 1″. It’s possible as well…we’re arguing about an additional 1/10″ of moisture really which isn’t much at all. What snow does fall will have a bit of a fluff factor to it…snow ratios will be a bit higher than typical with the cold air in place…so it should be easier to sweep away or shovel compared to the wet snow from the last system.

The hi res NAM shows the potential through midday Wednesday… 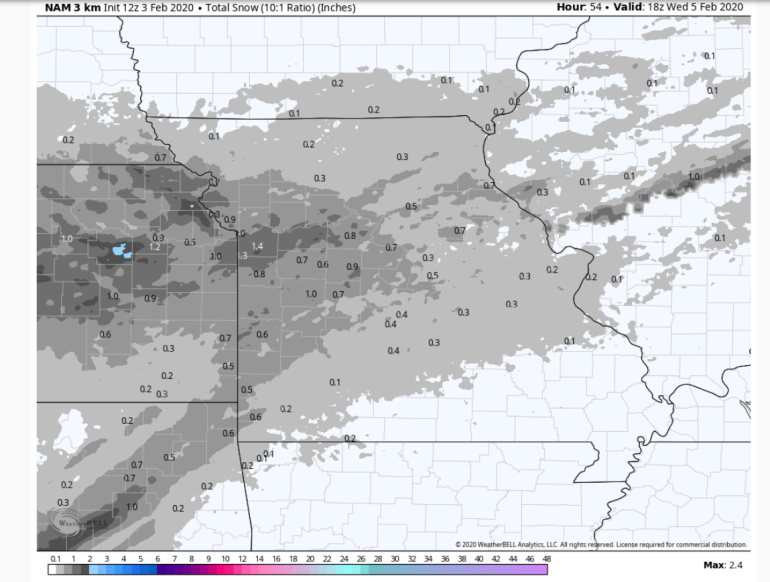 From there there is a question about how much comes for areas farther south of KC towards the Lakes and the I-44 corridor region.

So there is a lot still to be figured out with this…hopefully the snow impacts will be minimized otherwise a messy situation on Wednesday when 100s of thousands are coming Downtown in the morning, will get much more messy. 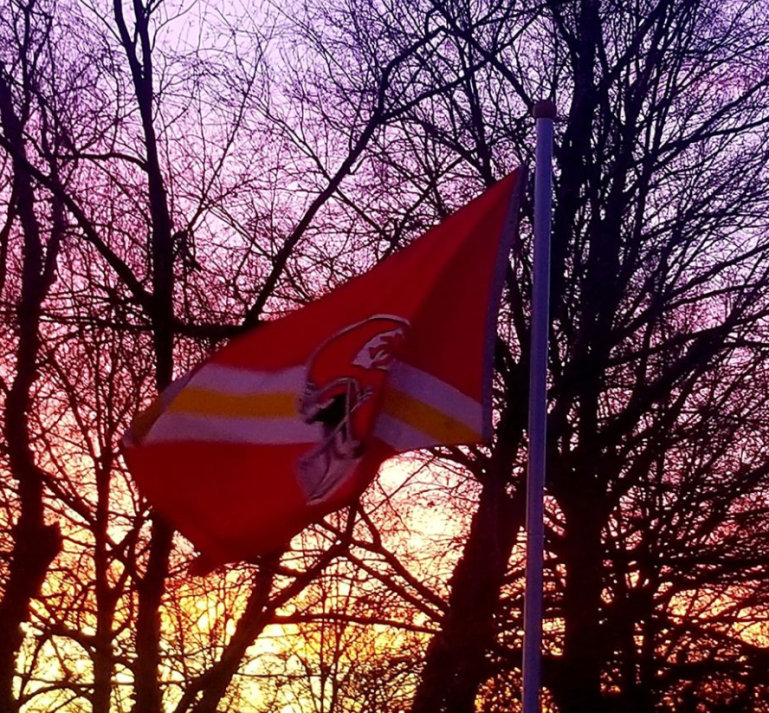