After a very weird weather day on the 4th… things are still sort of chaotic in the world of weather on the 5th, too. Storms are still percolating and while it won’t be a total rainout today…more storms are possible…and we’re to the point now that the storms could about happen at any time. There will be dry hours interspersed with some pretty heavy downpours… and it may go through the weekend at this rate.

Today: Off and on storms with some locally heavy rain. Highs 80-85°

Saturday and Sunday: Off and on storms. Highs in the mid>upper 80s

Yesterday evening I felt I was sort of chasing my tail a bit with the thunderstorms in the region. Things we expectedly quiet through tehe late afternoon as the midday storms moved away and faded from the KC area. Those storms though created one of the MCV’s that I talked about though on the SE side of KC. An MCV is a Mesoscale Convective Vortex (or a somewhat broad spin in the atmosphere). This MCV then regenerated new storms after 5-6PM or so…and those slow moving storms blossomed into big-time rain producers while constantly redeveloping for hours from the NW to the SE with Downtown KC being the area of development (or close to it).

The real issue was that while the regeneration of storms I guess wasn’t shocking…I was surprised by the constant development of storms more in Jackson County than anything…farther SE with the MCV made sense to me…farther NW didn’t for awhile. So when I’ trying to figure out why things were occurring…and then starting to see 3″…4″…5″…6″…7″ totals coming into the weather center…it makes for a not so fun night…especially with the fireworks displays trying to go off.

The end result was that many displays were OK to go…but some were cancelled…especially on the MO side.

Like I mentioned in the weather blog a few days ago…the vagaries of summer thunderstorm forecasting.

That MCV appears to be towards the Lakes region this morning…which normally would put us in the sinking air region and into the more rain free area of the pattern…but there is still some chaos out there and we have more cells bubbling up…in addition there is some sort of push of a boundary from the north to the south on the satellite images that I just noticed…that may complicate the late morning and afternoon set-up.

I would expect more storms to be percolating in the area as the morning and early afternoon moves along. Here is the radar from Topeka as well…

The models have been atrocious…not sure the humans have been much better aside from a lot of CYA rain chances. The atmosphere is loaded with moisture again so that’s why we’ve seen some crazy rainfall totals from the cells. Slow moving and constant regeneration of storms for hours on end will give you some beefy rain amounts…and some have seen over 6″ on the MO side towards the east of the Metro.

Some of the totals on the doppler estimates above are being under indicated because the Oak Grove region has seen 5-7″ of rain as some others have as well. The Raymore/Belton area is another hot spot for almost 5″ of rain too. Pleasant Hill has gotten over 5-6″.

Guess I don’t have to run the sprinkler around today…or tomorrow.

Rain chances will continue through next week…especially through Tuesday. Some areas could see over 4″ of rain maybe more in some cases.

There will be some hotter days as well…especially Tuesday and the dew points are going to be pretty nasty too.

Next on the agenda is something that I talked about on the weather casts on Wednesday…and that is what’s happening up in Alaska. It’s hot…really hot (for them). Daily weather records are interesting to me…but when cities set ALL-time records…hot or cold…that really catches my attention.

This is happening in Alaska. Yesterday Anchorage, AK hit 90° which established and crushed their previous all-tome high set in 1969 of 85°. It would be the equivalent of KC hitting 118°. Our current all time high is 113°. The thing is the forecast up there calls for temperatures to be 80-90° through the weekend. Their average highs are in the mid 60s 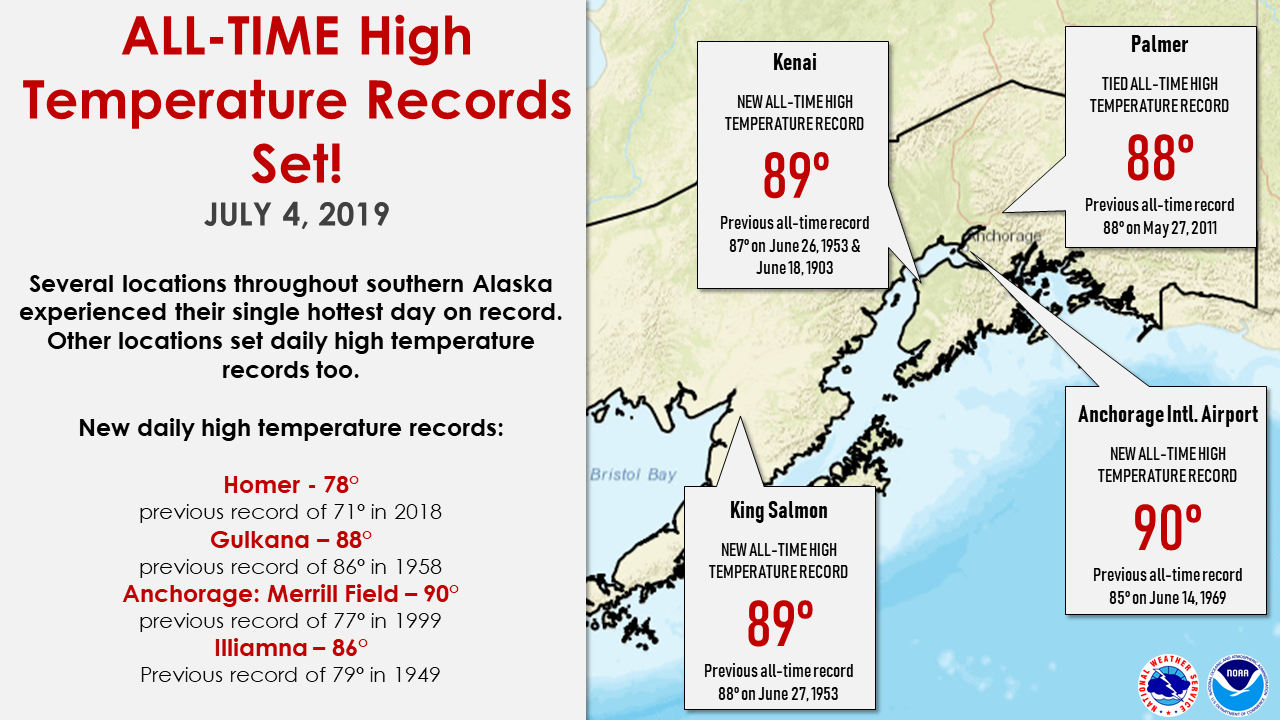 and over the next 7 days temperatures will continue to percolate… 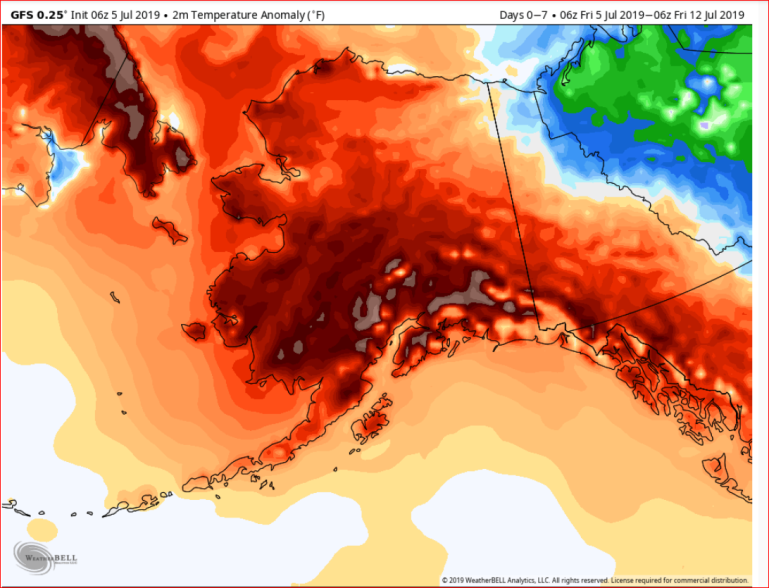 Most areas up there don’t have A/C…why would they need it? As a matter of fact homes up there are built to keep the heat IN and not OUT. So there are issues for sure up there…and it’s obviously not only Anchorage. To top things off there are a lot of wild/forest fires burning up there with a lot of smoke…so folks are closing their windows because of the heavy smoke wafting through the region.

Not good up there from a heat standpoint…then there’s this and it’s also a good point.

It is SO tempting to immediately connect #Anchorage all-time heat records to climate change BUT that is one small point on our large planet. Right now the Arctic region is 1° C above normal BUT the Antarctic region is 1.7° below normal. pic.twitter.com/I0aX6Z20er 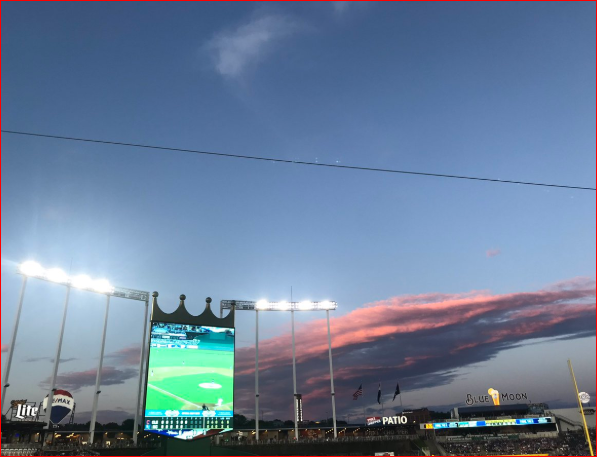