Today is the 1st day I’ve got a sweatshirt on as I type this quick update out for you. We’ve held off on the furnace but sooner, rather than later, that furnace is going to get switched on. Much colder weather coming later Thursday night into Friday…and we’ll bottom out Saturday and perhaps Sunday morning with a frost/freeze in the region.

I’m also expecting more showers tomorrow and rain on Thursday into Friday early AM…then a nice stretch of fall weather again…as a matter of fact from Saturday on we look pretty good with chilly mornings and more nice fall afternoons. A lot of hay will probably get cut next week I would imagine.

The frost/freeze for the weekend will likely mark the end of the growing season for some of the area. I wanted to get some perspective on the corn/soybean situation yesterday because I noticed the harvesting over the weekend especially on my trip back and forth from St Louis. I also saw this report from yesterday regarding the crop nationwide…and it wasn’t so great, especially the farther north into the country you go.

Obviously the majority of this is because of the terrible spring weather…wetness and cold…that gripped many parts of the eastern 2/3rds of the country.

This was from Successful Farming…

“Many farmers continue to wait on the sidelines to get into the fields. With freezing temperatures, heavy snowfall, and high winds set to hit the northern Plains this week, the corn in North Dakota is only 22% mature vs. a 75% five-year average, according to Monday’s USDA Crop Progress Report.”

So when you see this forecast… 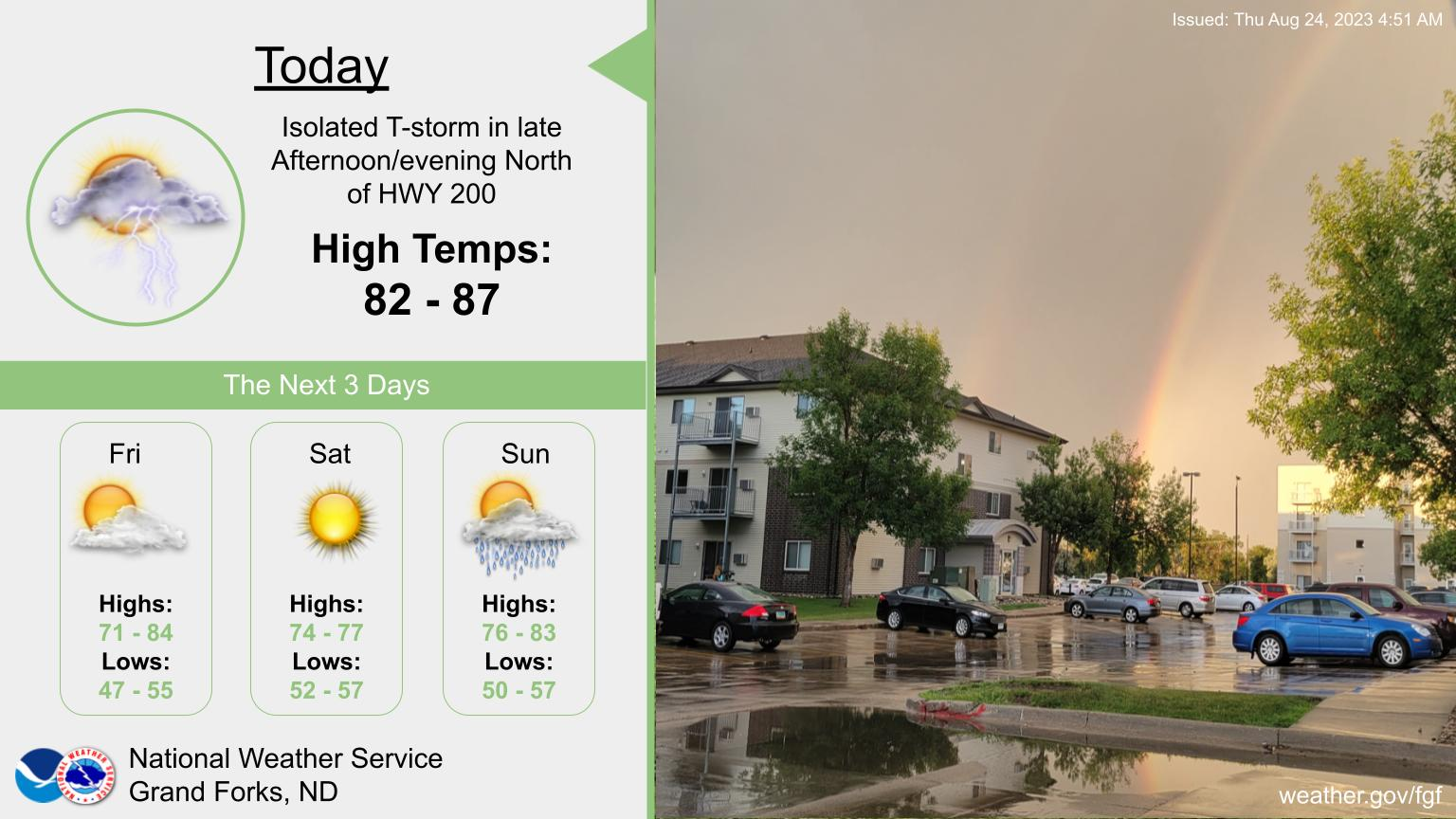 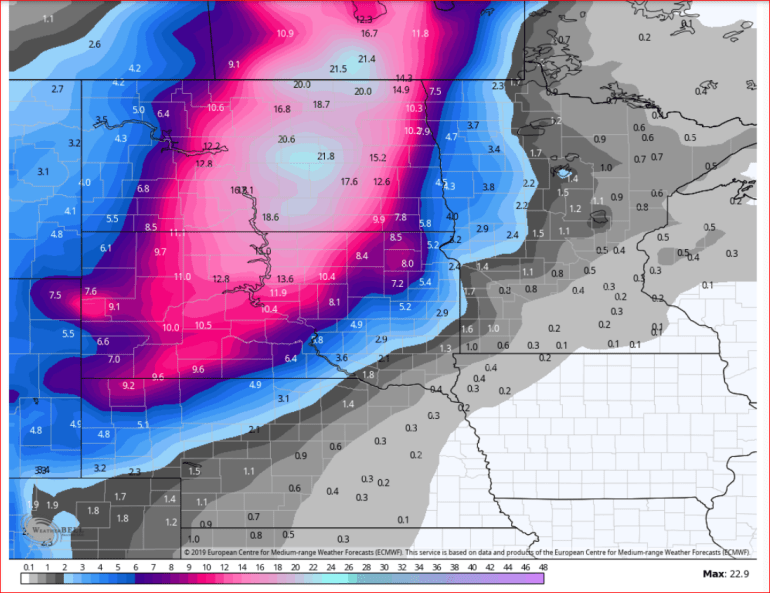 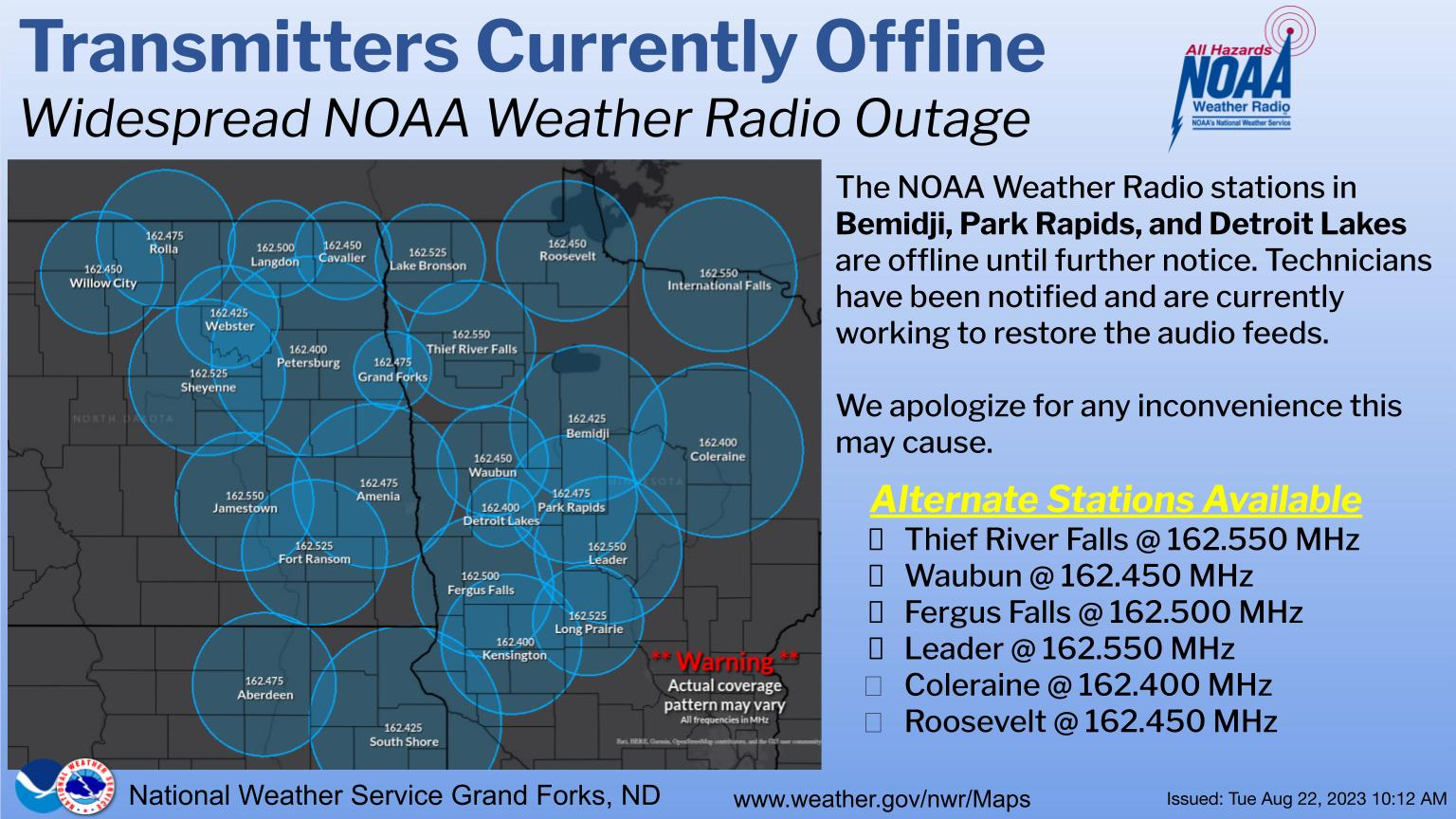 For the folks up there this brings back memories of a devastating early October blizzard…back in 2013 that decimated many of the cattle in the western Dakotas…some areas had almost 5 FEET of snow…in early October! Rapid City had a 2 day total of 23″. They ended up with 75″ of snow that winter (including that 23″ in early October). 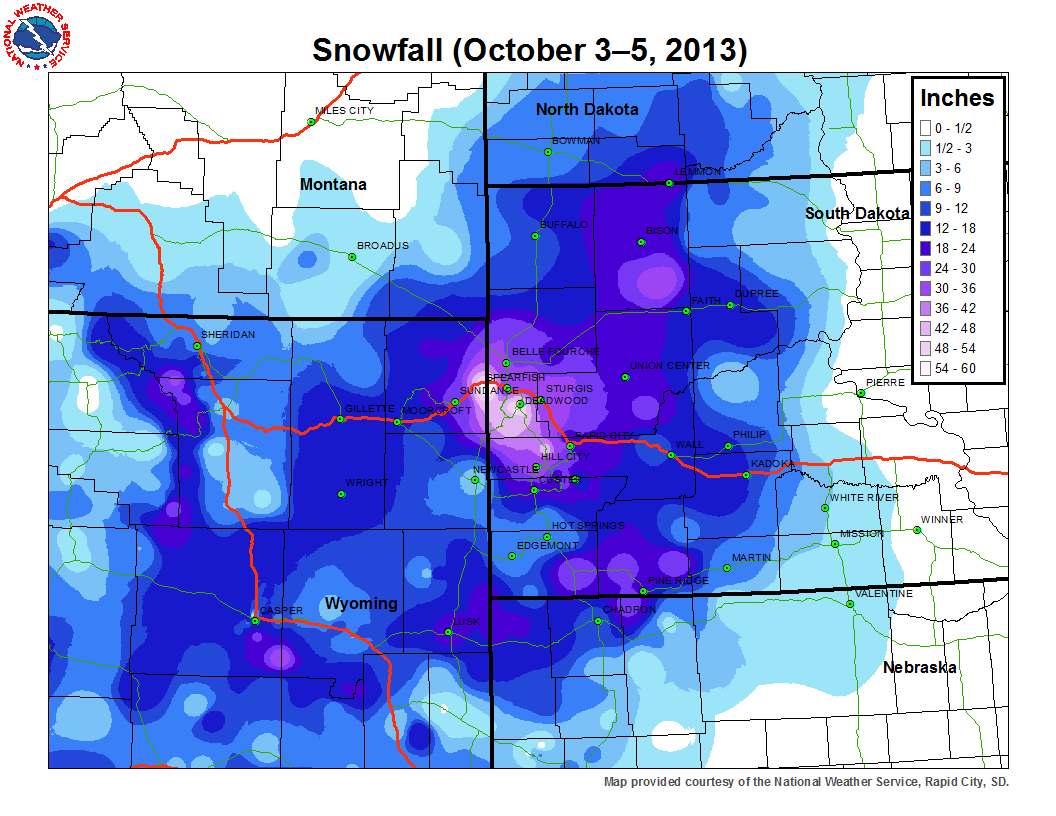 So heavy snow with blizzard conditions are increasingly likely up there…for us it’s a delivery of really cold weather.

As a matter of fact…looking at the coldest temperatures for the 12th…the record is 28° back in 1909. Don’t think we get that low…but it’s not out of the question.

“We farm Joe and it’s less the effects on the corn (you’re correct, it’s being harvested as we speak), it’s the late planted soybeans. Quite a few of those acres need a ‘typical frost/freeze’ time frame to add some extra growing time. The further north in the viewing area you go, the later those soybeans were planted so they’re needing time that they aren’t going to get. Yields were going to be lower due to the later date and wet conditions anyway, this is just salt in a wound at this point. Thanks for adding the agricultural aspect to your weather forecasts! I really appreciate what you do!!!” 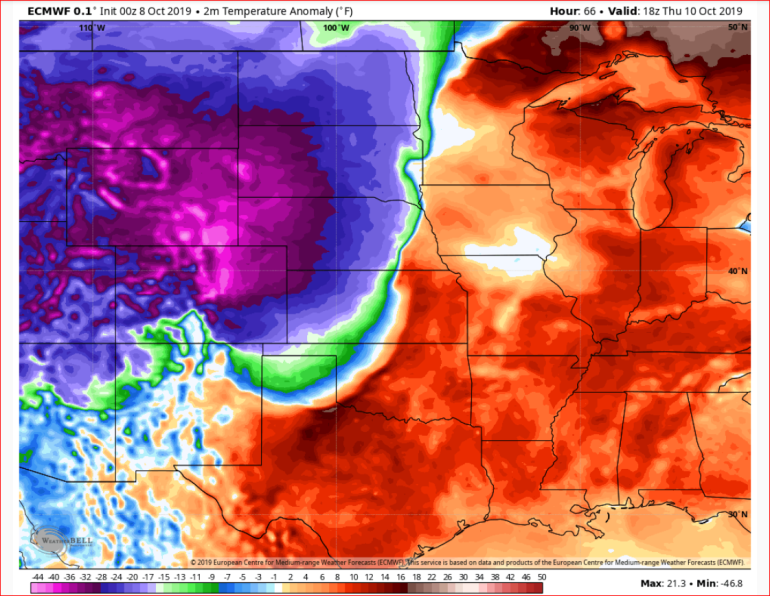 to these on Saturday morning.. 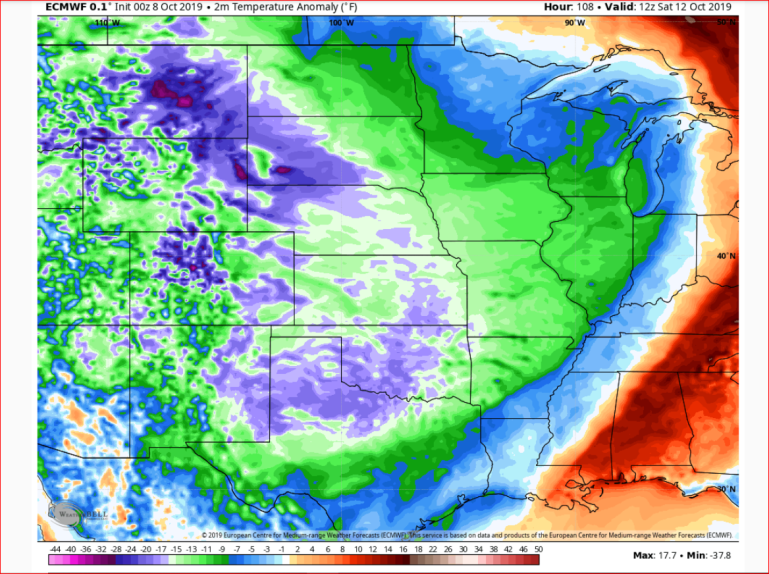 That’s a solid 10-15° below normal anomaly on Saturday morning…and with normals now 70°/49° you can see why at least frost is expected and since many areas are colder than KC…freezes are likely as well.

Gardeners take note of this.

Our feature photo comes from Taneka Cusick out in Kingsville, MO