Well as the foliage continues to change…for at least parts of the area a somewhat uncommon color to the trees may occur during October and that new shade to them may be white…as in from snow. There are still some moving parts to this obviously but the potential of at least the first flakes of snow will be increasing in the area…starting in northern MO tomorrow and potentially working southwards towards the Metro as well as the week moves along.

Put the shorts in the drawer and pull out the winter coats.

Today: Mostly sunny skies with increasing late afternoon clouds…highs well into the 50s with winds increasing as the day moves along.

Tonight: There may be some light showers/sprinkles for the game, especially towards the 2nd half of the game. Temperatures though won’t be terrible with readings well into the 40s during the game

Tomorrow: Cloudy skies and chilly with highs only 40-45°. Some mist/drizzle is possible…perhaps some showers towards the end of the day. Just a cold and raw day

Tuesday: Very cold in the morning…readings down into the 20s…then some sunshine for awhile but overall cloudy with highs back to 40-45° with enough sunshine

Here comes the cool air…the 10 AM surface map is showing chillier air coming into the Plains region and moving towards the KC area. The sunshine here will take the edge off the chill for the day overall…we’re heading up into the 50s. You’ll feel more of the cold air tomorrow. The 10 AM surface map shows the chilly air up there…remember the temperatures are in RED. Winds also are blowing pretty good north of the MO/KS border as well. The blue circles are the overcast conditions being reported by the various airports up there.

It will sort of be a gradual cool down though…it won’t come down all at once…that’s a good thing and a bad thing. Tonight while it won’t be terribly cool for the game…sort of typically cool I think for late October…I am concerned that there may be some light showers/sprinkles developing as the game moves towards the later stages.

That is the expected cold air coming southbound.

So it’s going to get very cold for late October…this has been blogged and talked about for almost a week, if not longer I think…that isn’t a question at this point.

Now the issue is while the cold air seeps southwards…the winds above the layer of colder air will not switch towards the north. In reality the layer of cold air will go from the surface up to about 4-6,000 feet or so over the next few days. Above that level the winds will be blowing from the west and west south west.

Starting tomorrow that means that we’ll be vulnerable to “lift” created by disturbances coming out of the Rockies…then towards later WED a stronger upper level storm that should pass north of the KC area. The 1st issue is tomorrow.

This wave isn’t overly strong and will be moving very quickly. As it moves towards us the “lift” to the atmosphere will get stronger and that should create rain from KC southwards. Farther north into the somewhat deeper cold air…the precip may take a more wintry mix or snowy component…we’re talking from near 36 highway northwards towards the IA border. While it’s not out of the question for us to get some flakes here locally…I’m not overly thrilled about the prospects at this point.

I want to show you this wave…and I want you to remember the next map because I’m going to show you a map later that shows the difference. Here is a look at the disturbance later Monday…up at around 18,000 feet. Notice where most of the yellows and reds are? Angled more towards north central KS into western IA…that disturbance is moving towards the NE too at a fast clip in the flow aloft. So we really just get a glancing blow. 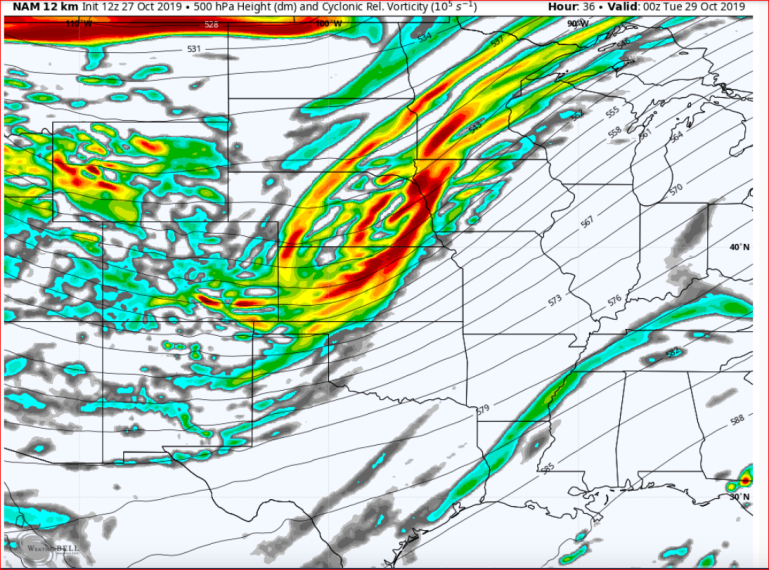 Tuesday actually will be a pretty OK day for awhile but there may be a lot of filtered sunshine developing.

Then as we head towards Wednesday a stronger upper level storm will start evolve over the Rockies and this storm will come out into the Plains later Thursday…let’s show you the same map for midday Thursday and notice the difference? 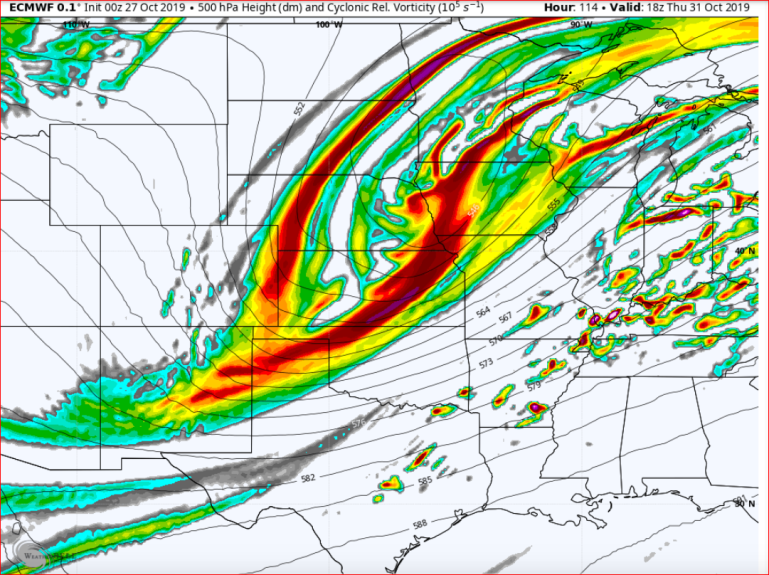 A LOT more yellow and red colors extending much farther to the SW…now the main part of the disturbance on this model is still up towards the I-80 corridor…and that is still an issue because these types of systems are notorious for developing dry slots…we talk about these often in the winter time. IF this model is correct, and it’s been doing roughly this idea since yesterday I can see how we get some flakes of snow locally but overall not that big of a deal for snow lovers in the KC area…maybe just some curiosity flakes.

Another model though is MUCH more bullish with this storm…and tracks it about 300 miles farther south…and that would be a much bigger issue for us…that model is the GFS…which has done terribly with this whole thing since last week when it thought Halloween would be near 50° (it won’t be). 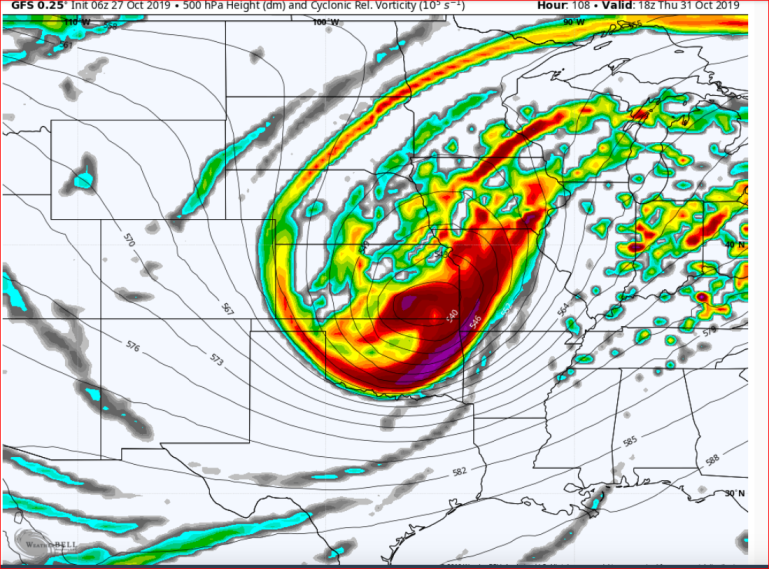 Notice the change? The upper level storm is towards SE KS…as opposed to west of Des Moines…that is a game changer and would mean a wind whipped snow storm locally. For the record the EURO did this on Friday’s run then backed off on the next run.

My feeling is that the EURO is probably more correct on this than the GFS. It doesn’t mean we get NO snow locally…it means that we don’t get a massive snowstorm like the GFS model is showing.

So what does this mean…I would expect a potential transition from a cold rain to a wintry mix to then ending as some snow flakes Thursday morning. It’s not out of the question that some accumulating snows could occur across northern MO…and IF things happen quick enough…then maybe some minor accumulations would be possible even locally…but a lot has to go right for this. 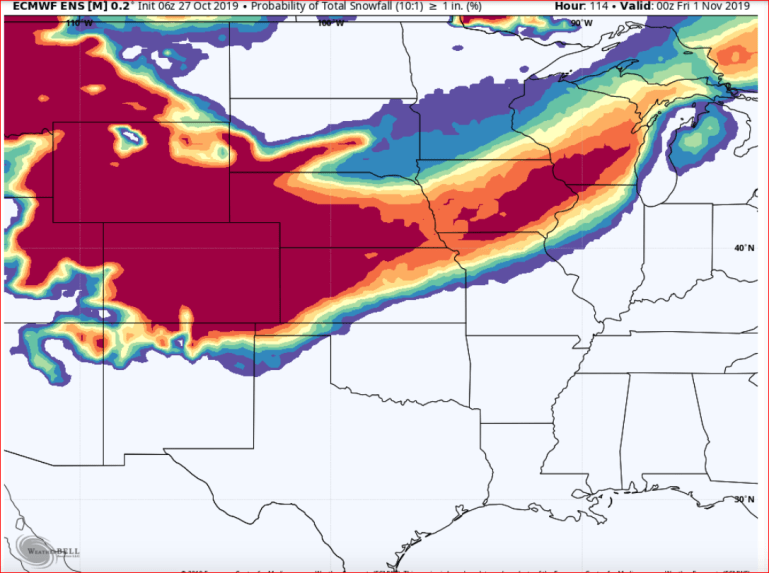 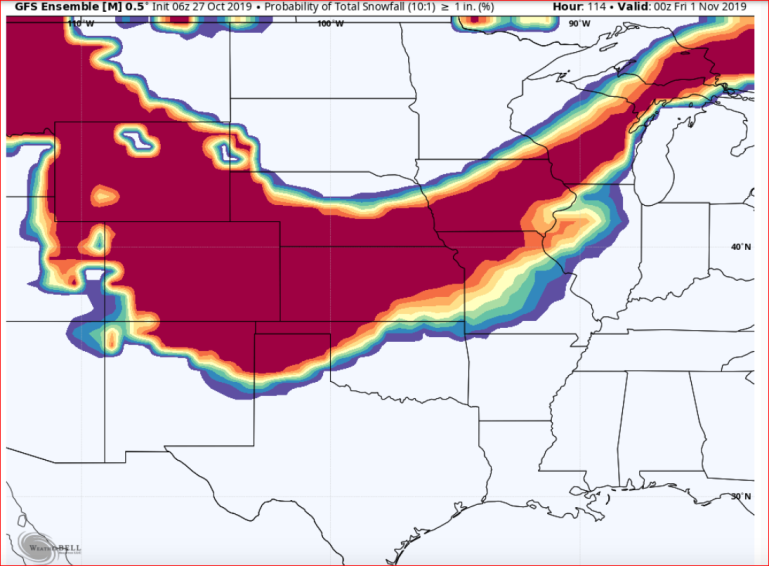 See the differences…and trust me…that difference is more pronounced when you get to 3″ or higher totals.

There are a lot of things that can change with this…so we need to remain vigilant. IF the GFS is more correct…that would be a historic snowstorm for our area for late OCT. 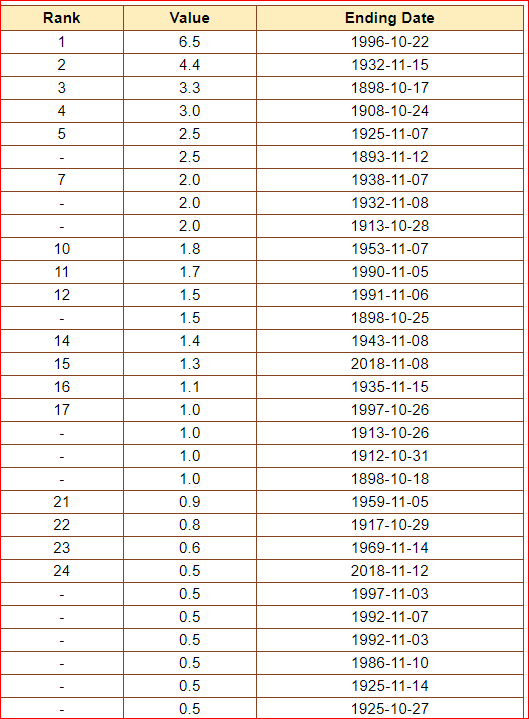 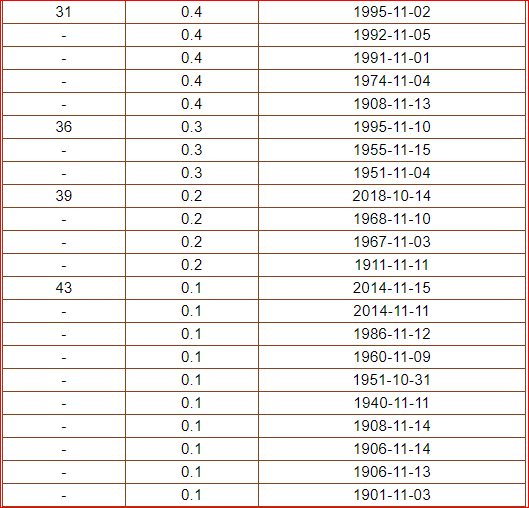 The chances are about 1% for a measurable snow of 1/10″ or more from 10-14>11/15. It just doesn’t happen. We have a chance that it could happen on Wednesday night into Thursday!

Again regardless of all this…it will be cold…but yet in 2017….

We all remember those cold Halloween Trick-Or-Treating expeditions when we were kids or… bundling up our own kids before they were heading out. This Halloween we pass that tradition on to this generation! Record coldest high for Halloween is 36…current forecast is 38. pic.twitter.com/da3UkbNaVB 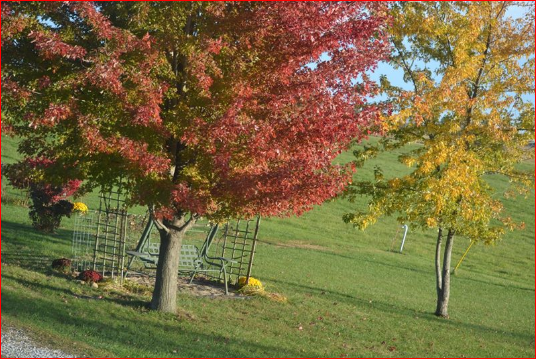