KANSAS CITY, Mo. — A Winter Storm Warning is in place for almost the entirety of the metro area beginning midnight Friday and carrying through 8 p.m. that day. 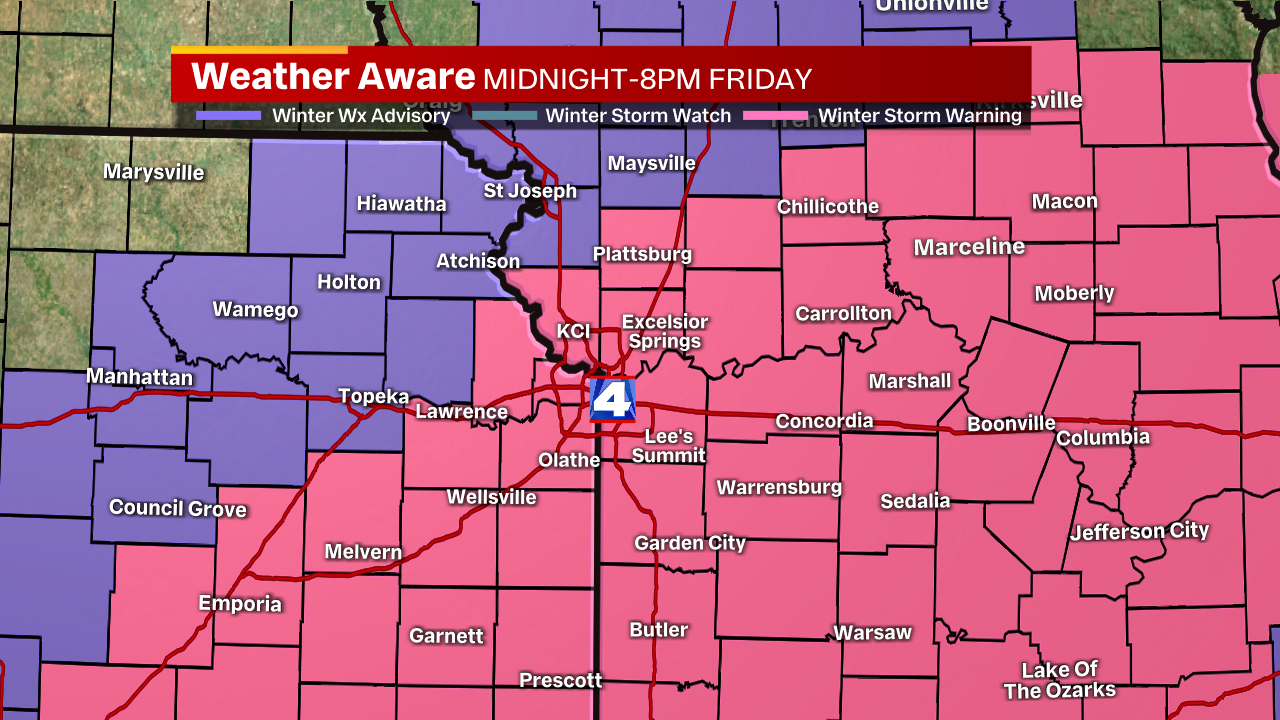 This may be a different headline from what you’ve seen this morning or last night. As you can imagine, areas shaded in pink are going to impacted by this winter storm the most.

But as we’re expecting just about every type of wintry precipitation imaginable over the next 12 hours, what does that mean for us? 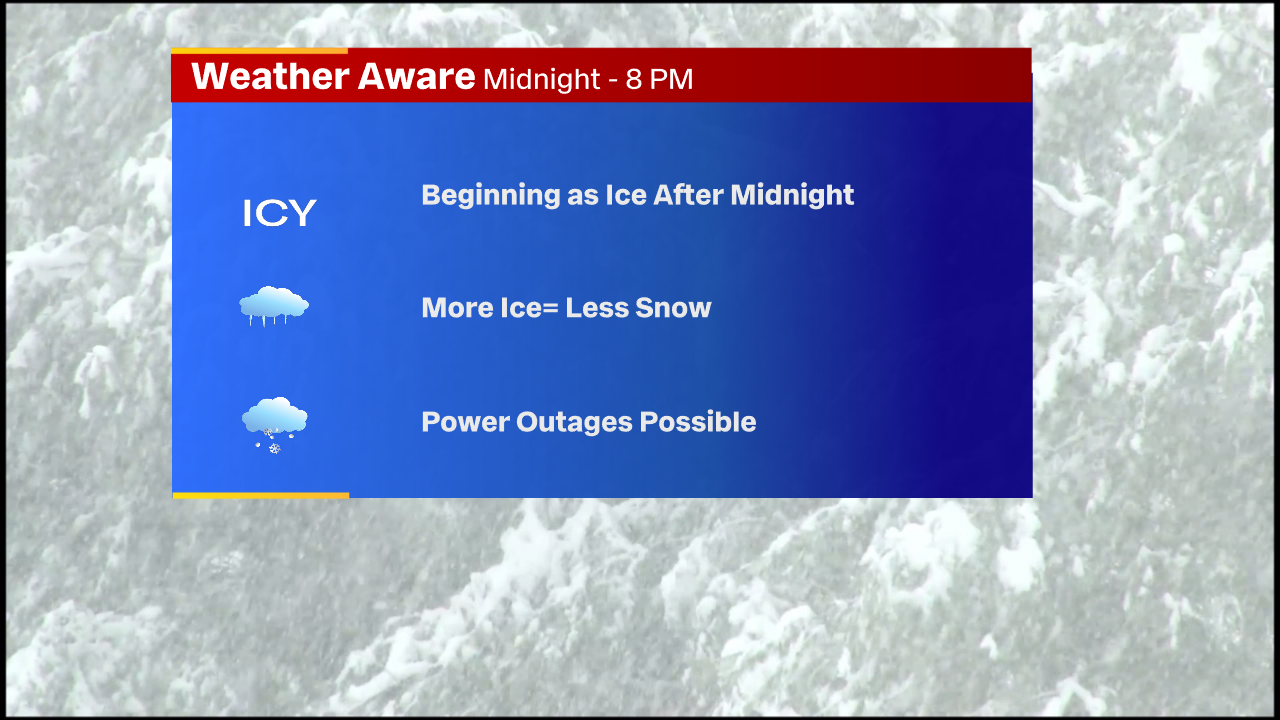 We are Weather Aware as a result of this impending wintry precipitation. It’s expected to begin as freezing rain overnight before it gradually changes to snow after sunrise or mid morning, depending on where you are.

The nature of this forecast (and really any winter forecast) is such that a degree or two makes a significant difference on what you’ll actually get. 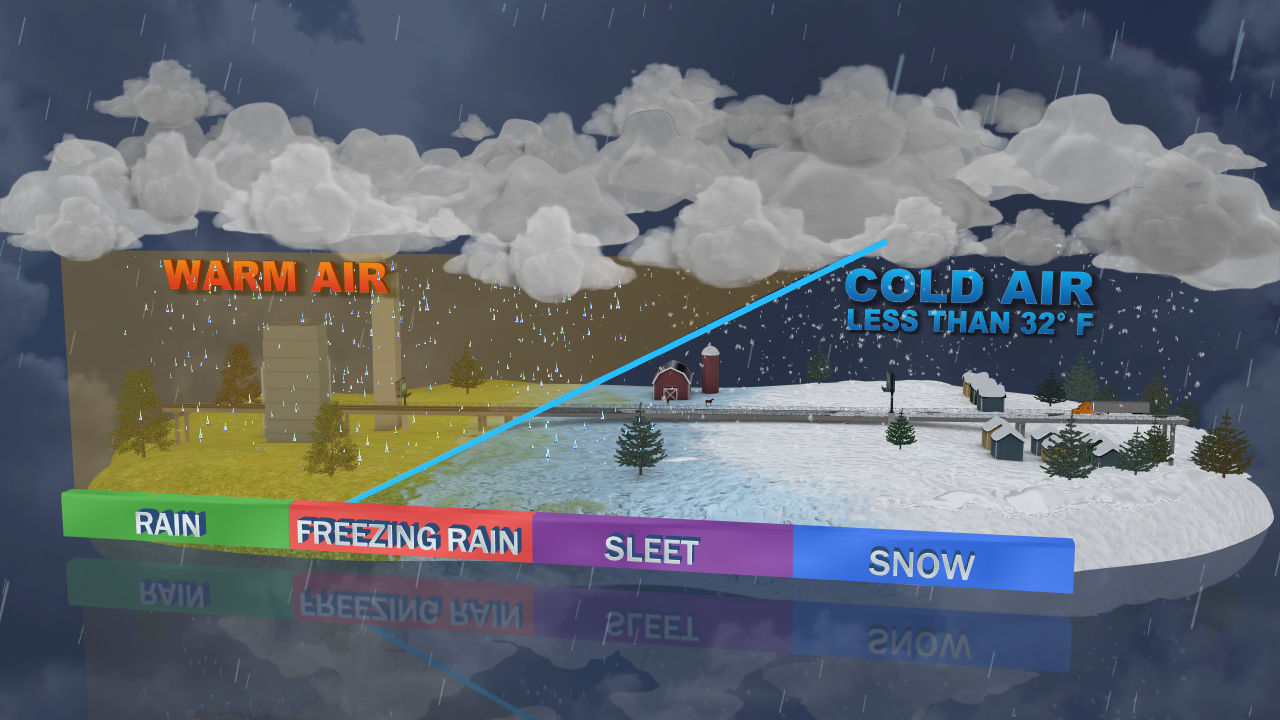 We go over this once in a while, but we’ll brush it again as a refresher. Rain and snow develop as expected. Warmer for rain, colder for snow.

FOX4 NEWSLETTERS: Sign up for weather email alerts to stay updated on the latest conditions 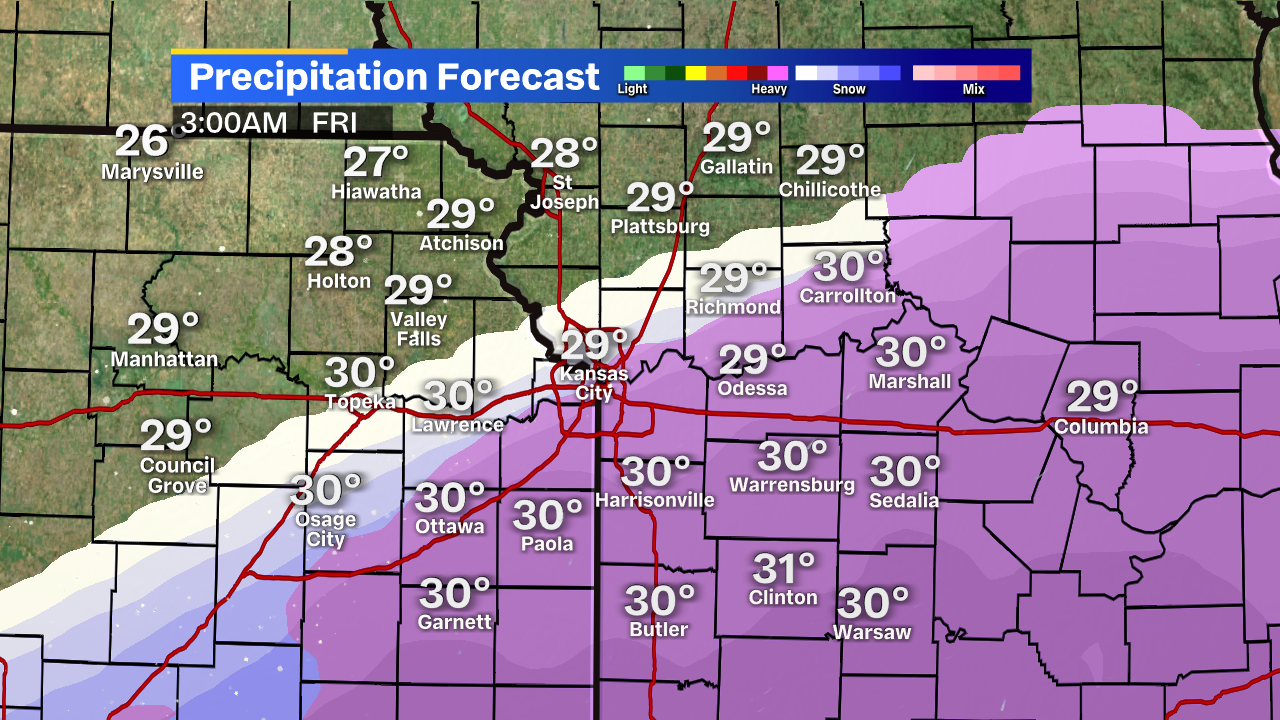 Let’s start with the timing: most of this waits until 1 or 2 in the morning to move into the area.  Temps will be well below freezing, so anything falling immediately will stick. I believe at this time most of it is freezing rain. That’s when surfaces will begin to catch the light glaze of ice. 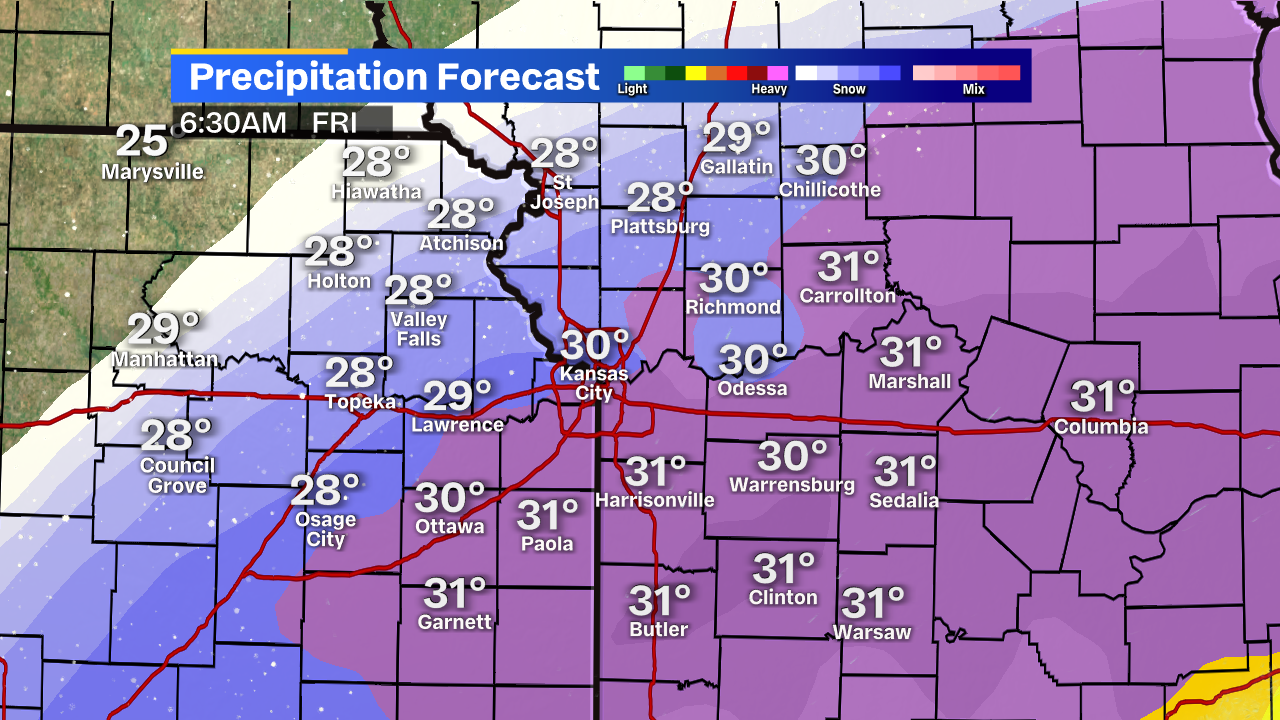 This will be the KEY moment for us Friday morning.

Notice how half of the area still under the wintry mix category and others transitioning to snow. Remember how I mentioned a degree or two matters? Not only at the surface but especially ABOVE the surface. If we fully transition to snow here, many of us could exceed 6″ of snow.

I think what’s likely to happen is that we transition to sleet here and begin to mix with snow as well. We may even pick up 1/2″ to 1″ of sleet during this time. 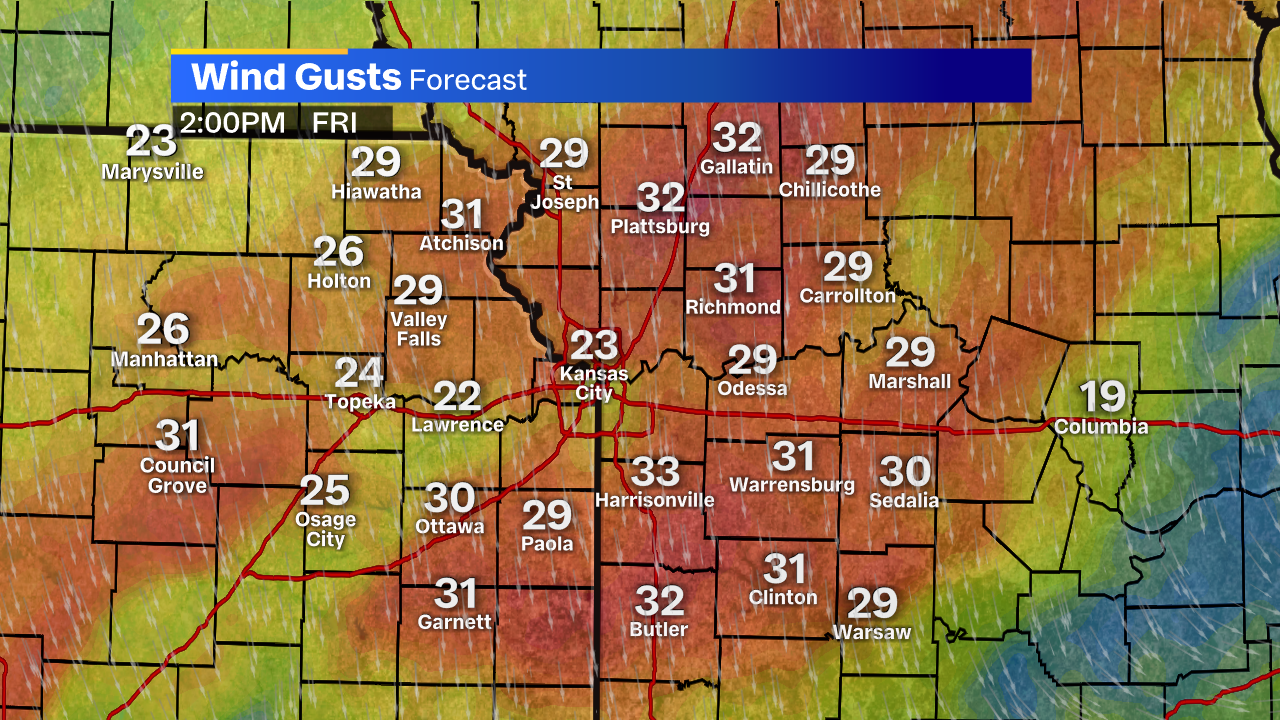 Another impact that bears watching is the combination of the wind with the glaze of ice on the trees and power lines. Winds could easily gust over 30 mph throughout the day. In areas that are expecting a bit more ice, this could be problematic. 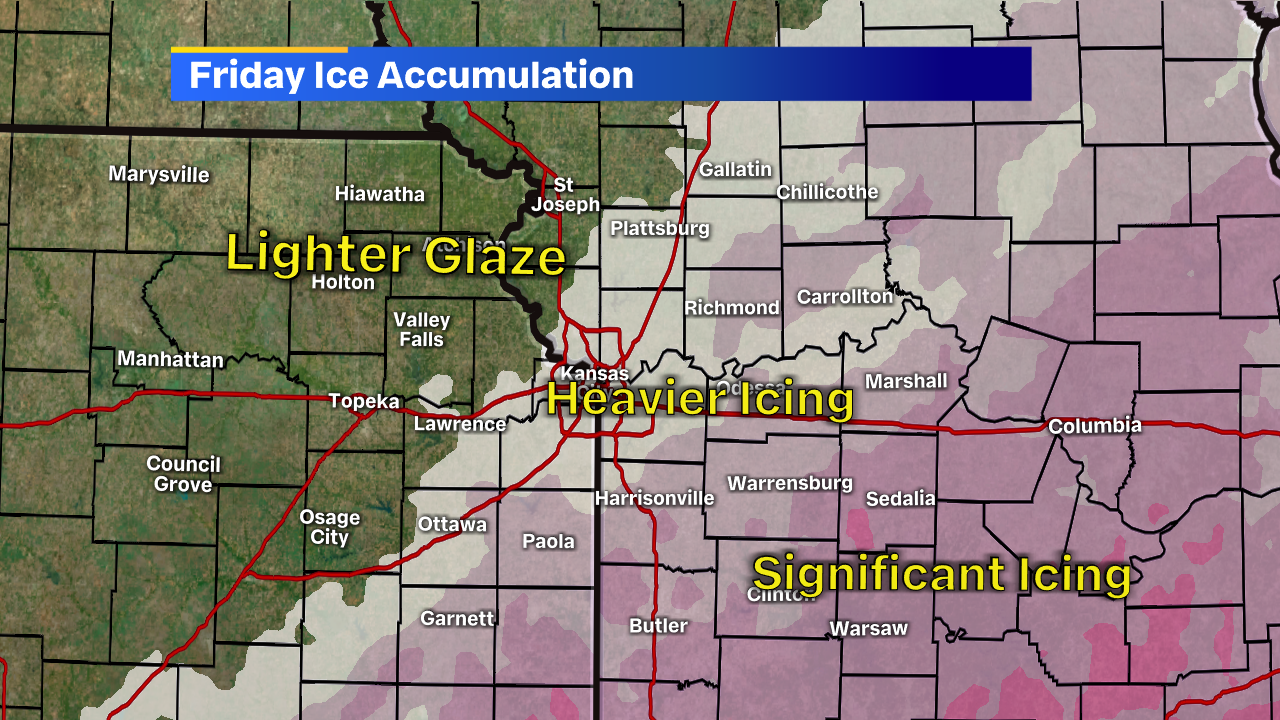 Ice accumulation is expected to be the greatest south and east of the immediate metro. While it won’t take much more than the “lighter glaze” noted above to create significant impacts, there’s a good chance we deal with a significant ice storm south and east. Once again, that degree or two will matter Friday morning. 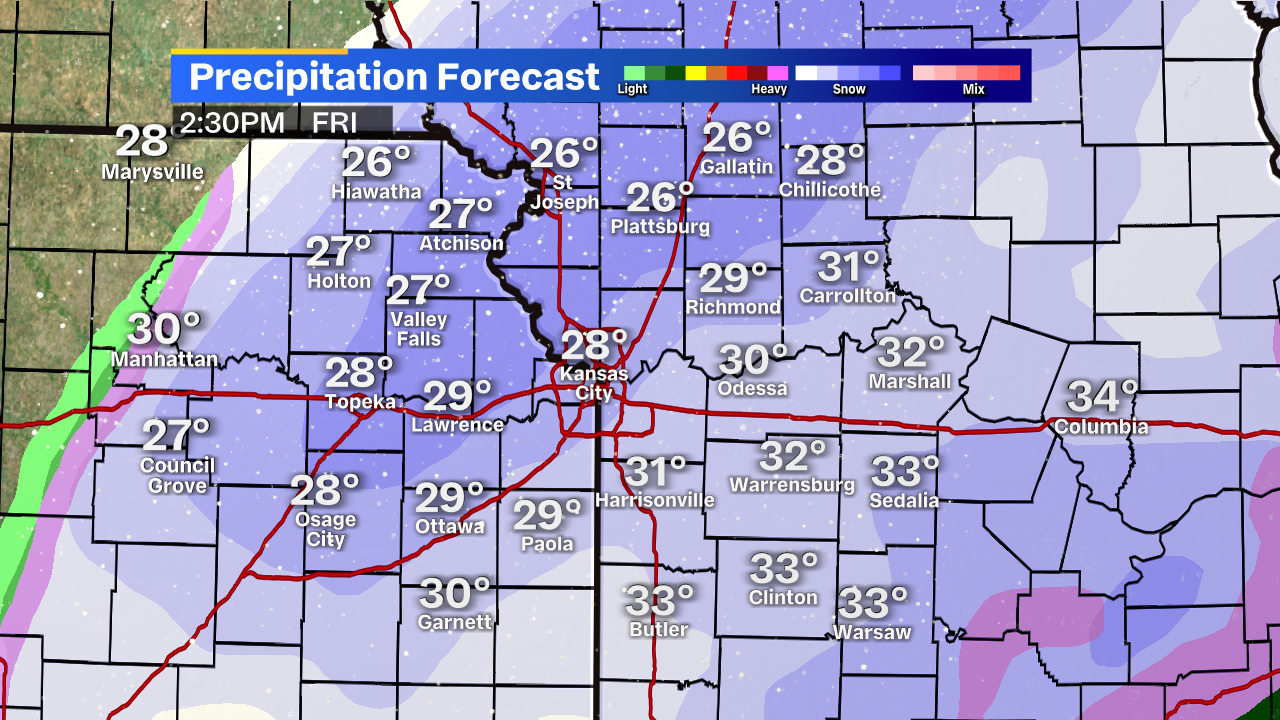 Let’s get back to the snow as this should completely change over for most of us early afternoon on Friday. This is where the snow looks to cover the icy surfaces and we expect to pick up most of our snowfall accumulation. This should continue during the evening before gradually tapering off after sunset. 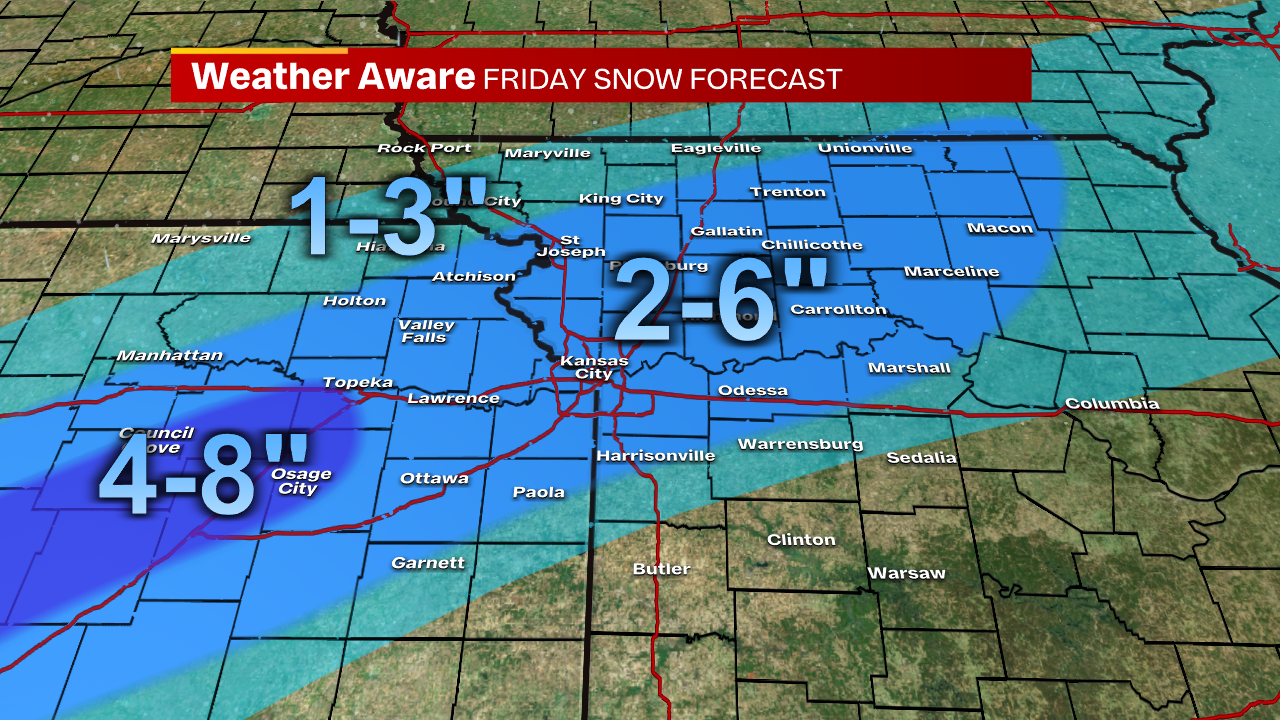 Expect a good majority of the area to receive between 2-6″ of snow by Friday’s end. Most of us will transition to snow by late morning, and that’s where the bulk of the snowfall begins to accumulate. 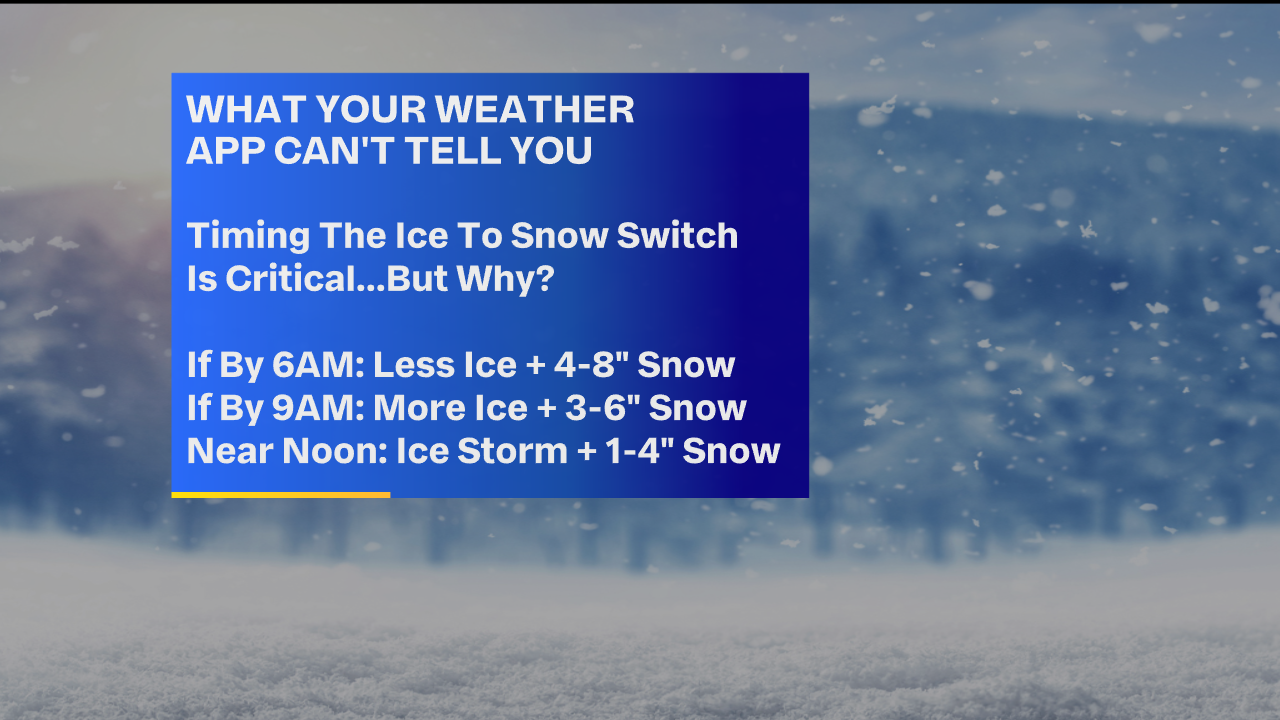 Averages during this time of the year are in the mid 60s and increasing...it's going to remain below average for highs for awhile. There is one day next week (MON) that we may be milder, that will be ahead of a stronger push of chilly air that will be moving in Monday night into Tuesday. That may give us the chance of seeing freezing temperatures for a day or two next week (in the morning).

Overall though this is a cool pattern for sure. At least today and tomorrow are going to be pleasant (cool...but pleasant).

Frosty start for those in Northern Missouri this morning! While temperatures are warmer in the metro and points south, you will still want a jacket before heading out the door. A day similar to yesterday with mostly sunny skies and highs in the upper 50s and lower 60s expected. Then we track rain for Friday. The latest timeline in the update here!